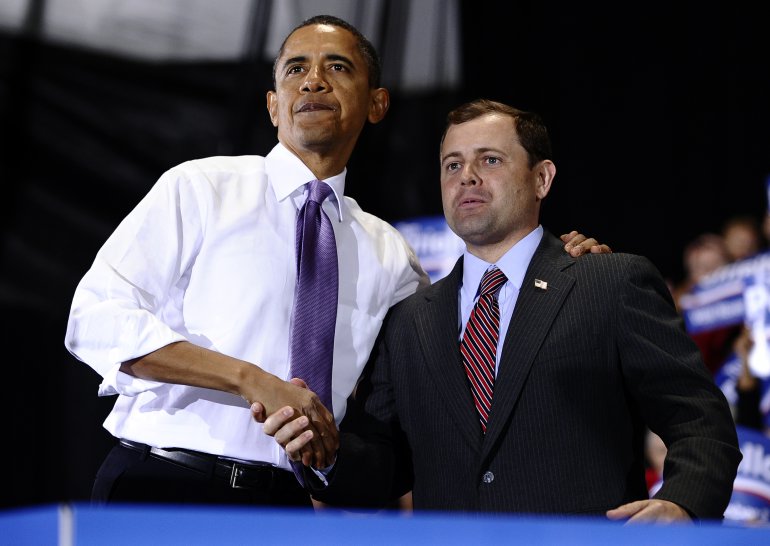 Democrat candidate for Governor, Tom Perriello, spent 24 straight hours zipping around the state in a last minute push for votes on Tuesday.  He explains here why he took this action, the usual liberal reasons, $15 an hour minimum wage, Obamacare and of course support for ‘inclusion’.  Perriello has released his final video before the primary election with support from the usual suspects, President Obama, Elizabeth Warren, and Bernie Sanders.  It’s a pretty good ad for a far left Democrat:

If Tom Perriello beats Ralph Northam on Tuesday it will tell us just how far left the Virginia Democrat Party has gone.

More on Perriello’s campaign over at BlueVirginia.us  Blog owner Lowell Feld is quite a fan of the former Congressman.

Tom Perriello stumps the state for 24 hours and releases his final video was last modified: June 11th, 2017 by Jeanine Martin

“If Tom Perriello beats Ralph Northam on Tuesday it will tell us just how far left the Virginia Democrat Party has gone.”

It’s pretty rare when people vote *for* anything anymore. More likely they are voting against something. Better we read Perriello voters as “very angry” with Trump, much akin to the Georgia 6th District race.

No way they pick Ossoff — he doesn’t even live in the district — in the average lineup, but people are very angry in Georgia’s 6th, where the average Republican would be leading by more than 20 points.