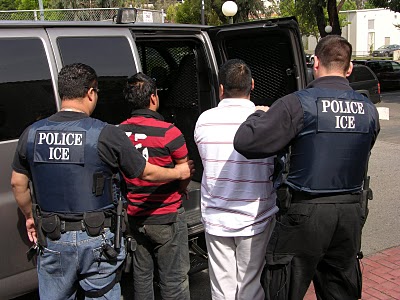 Two excellent articles concerning illegal immigrants in Virginia have appeared over the last few days. Â In the Richmond Times, Chesterfield prosecutor, Juan Vega, makes the case for deporting illegal immigrants. Over at the excellent blog, BaconsRebellion.comÂ the author discusses some of the issues around Richmond being declared a sanctuary city and he provides this interesting graph with data provided by the Richmond Times: 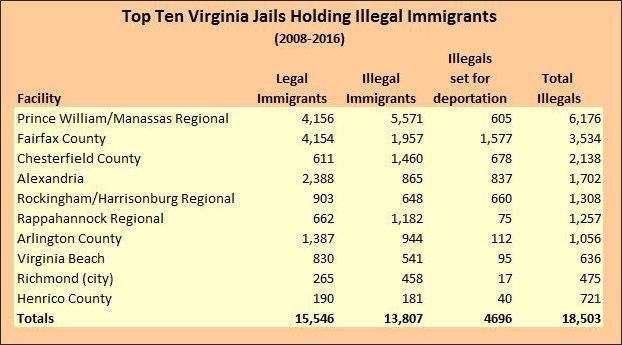 What are your thoughts on some of these discrepancies across the Commonwealth? Â I would be very interested in knowing why such discrepancies exist. Â What’s your theory?

That’s an amazing statement, because all this time on earth,,, and I always thought people who lied, raped, robbed, and murdered were the evil ones.

So Victor Roads attended Brookville High School.
Campbell County Board of Supervisors is 4R/3D
Not a city .
Campbell County Santurary County?
Bedford County Santurary County?
Apparently so.
Senator Newman are the in all the schools from your district of Roanoke County , Botetourt County Bedford and Campbell have illegals like Rodas?
Delegate Byron should speak out in defense of our children.

It is said;
these colors don’t run
Just look to Bedford County and Lynchburg last and this week.
I live here, also
Senator Newman , Del. Byron ,Del.Garrett, Senator Peak.
This also is the Districts of Congressman Bob Goodlatte
Congressman Tom Garrett
All Republican

Now is not the time for cheap campaign talk.
STEP UP boys

The numbers nerd in me needs to point out the discrepancy on Henrico County numbers. Henrico is either deporting more illegals than in their jail or the graph needs to be corrected to accurate reflect the total illegals of 221 not 721.

Nonetheless, another column should have been added to indicate the deportation percentage and why it fluctuates so wildly between facilities/counties.

Here’s a table with the percentages by facility of deportations with Henrico corrected to 221.

Better question is why wont ALL our our statewide candidates take a STAND against illegal immigration and to defund sanctuary cities until they learn to comply. I am happy to report that @Corey Stewart and @BryceReeves have vowed to fight to protect the citizens of the Commonwealth.

Vowed to protect the citizens of the Commonwealth. huh been there heard that.

1.What are Stewart and Reeves prophylactic polices that will protect our citizens?
2. Stewart was in Amherst and all he could muster was to hold up pics of the charged killers.

Where I come from a reaction is different than prevention.
Let’s take Reeves ( NARC Officer , Army Ranger) sounds strong, tough , a strait shooter.
Reeves did well with the e mail accusations.
Can he figure this out?
Arrest #1487267 Mecklenburg County NC 3/10/2011
1. FELONY possession Cocaine
$25,000.00 secured bond
2. FELONY Trafficking Cocaine
$25,000.00
3. FELONY Conspire to traffic Cocaine.
Do you think his bond allowed to leave the state of NC?
Just 34 days later cited in VA.
VOSHA/DOLI Violation
Nr: 315547703 This violation was issued to D’Lux Siding , Molina himself.
No Contractors license in Va as required by OUR law.
Furthermore a Va. licensed contractor violated OUR laws conspiring with an unlicensed contractor in the delivery of Contracting services.

There is another Gubernatorial debate in Lynchburg at LU.
I would love some sit down time with Reeves for we are under attack.

Poor Appalachia used to make meth , now with the “free market” Santurary State of Va. it is imported. So much for the war on drugs and on the front of the Immigration battle one more loss this week of a young man that had nothing but an “American dream” of a promising future.

to protect America from ALL enemies foreign and domestic