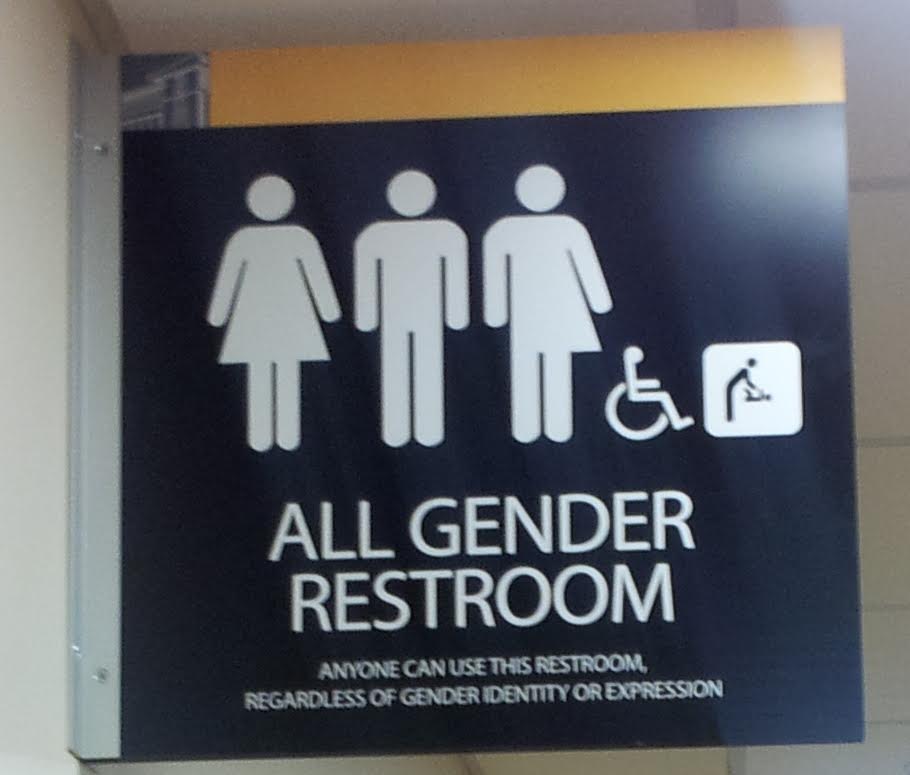 Transgender Use of Restrooms Not Over

There seems to be a little confusion concerning the exact parameters of today’s 4th Circuit Court ruling regarding forcing school districts to allow members of the opposite sex to utilize elementary, middle school and high school restrooms and locker rooms.  The issue has not been ultimately decided yet and could be overturned by any subsequent Presidential administration since the ruling is based upon the Department of Education’s interpretation of a regulation and not the regulation itself.

The appeal concerns whether Title IX requires schools to provide transgender students access to restrooms congruent with their gender identity. Title IX provides: “[n]o person . . . shall, on the basis of sex, be excluded from participation in, be denied the benefits of, or be subjected to discrimination under any education program or activity receiving Federal financial assistance.” 20 U.S.C. § 1681(a). The Department of Education’s regulations implementing Title IX permit the provision of “separate toilet, locker room, and shower facilities on the basis of sex, but such facilities provided for students of one sex shall be comparable to such facilities for students of the other sex.” 34 C.F.R. § 106.33. In an opinion letter dated January 7, 2015, the Department’s Office for Civil Rights (OCR) interpreted how this regulation should apply to transgender individuals: “When a school elects to separate or treat students differently on the basis of sex . . . a school generally must treat transgender students consistent with their gender identity.”

The 4th Circuit vacated a decision pursuant to which the trial judge refused to enjoin the school district from enforcing its policy while the case is pending (in other words it granted the plaintiff’s request that while the case is pending the school district allow her to use to use the men’s rest room and locker room) and reversed the dismissal of the claim so further proceedings can occur using the evidentiary standard for regulatory interpretation by the Department of Education that the 4th Circuit set forth.  In other words the case isn’t over.

“Because we conclude that the regulation is ambiguous as applied to transgender individuals, the Department’s interpretation is entitled to Auer deference (to the January 7, 2015 OCR letter) unless the Board demonstrates that the interpretation is plainly erroneous or inconsistent with the regulation or statute. Auer, 519 U.S. at 461. “Our review of the agency’s interpretation in this context is therefore highly deferential.” Dickenson-Russell Coal, 747 F.3d at 257 (citation and quotation marks omitted).”

With regard to Title IX, the Federal government only has the power to impose sanctions on school districts that are directly or indirectly receiving Federal funds but trying to prove that a school district receives no Federal assistance of any kind is difficult to say the least.

Transgender Use of Restrooms Not Over was last modified: April 19th, 2016 by Dave Webster

Where are the legislatures? The worst part of this is that — again — the bodies that hold the power to make these laws will do nothing of consequence. Let’s see some real cajones from a state legislature. REFUSE ALL FEDERAL EDUCATION MONEY. Money is the weapon of choice of the federal government and the tool it uses to coerce extraordinary numbers of people. Once you take 1 dollar of the tax money that you put into the system, then the federal plantation owners think they own you (and use the legal system to that effect).
Rather, I imagine the legislatures will shrug their shoulders and say there is nothing they can do now that the courts have ruled and then go back to their business of funneling money to their friends and campaign donors.

Government schools suck and this is just another example of, no matter how bad we think they become, they continue to get worse. Republicans far and wide should get their kids off the government plantation and put their kids in private or home schools and then demand their tax monies don’t go to fund these temples of secular humanist indoctrination that teach kids to fear chalk on sidewalks.