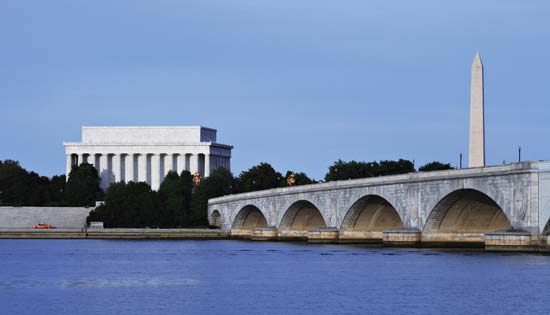 Transportation Projects Coming to Virginia with the help of the Feds

Virginia has received a grant from the federal government of $165 million for transportation projects.  The grant will be added to state and private funds to total $1.4 billion.  From the Richmond Times Dispatch the projects include:

–a new Interstate 95 bridge crossing of the Rappahannock River;

–construction of 14 miles of new track along the CSX rail corridor crossing the Potomac River, as well as deed to the state 60 miles of abandoned railroad track from Petersburg to North Carolina for high-speed passenger rail service;

–expansion of mass transit options, including 1,000 new parking spaces for commuters along I-95 and I-395 in Northern Virginia.

The federal government gave a separate grant of $90 million for a $250 million project to rebuild the approaches to Memorial bridge, an 84 year old bridge connecting Virginia to Washington DC.

Read more about the transportation projects here and here.

Transportation Projects Coming to Virginia with the help of the Feds was last modified: July 6th, 2016 by Jeanine Martin

Um…will help like this, who needs a transportation fund?

Yes, one wonders why we had that massive tax increase in 2013 for ‘transportation’.

Virginia being a swing state, that explains the generosity of the Feds-they want to buy our vote.

BS. The Feds coin money. The constitution gives them the power to do so. They cannot go bankrupt as long as people accept the US dollar.

The feds have no money. They get zero credit for confiscating our money, then doling it out to the peasants MINUS a handling fee for the unaccountable bureaucrats. I detest the term “federal funds.”

The railroad related items are interesting.

Is there a California style high speed rail debacle in VA’s future?

So it would appear. Democrats love that stuff.

They tax us and then send us our money back.

More often than that, we don’t get it back.