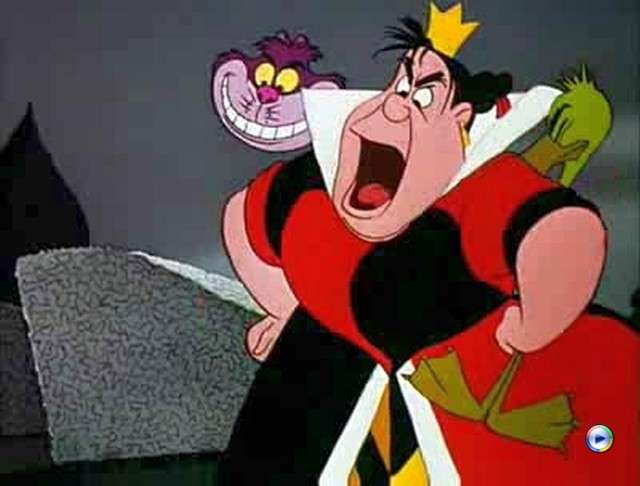 Sentence first! Trial after. (From Alice in Wonderland)

Where is Perry Mason when you really need him? One of the fabled defense counsel’s famous lines was:

“Your Honor, the prosecutor is testifying. He is citing facts not in evidence.”

We could have used that line during proceedings this past week in the U. S. Senate. It is billed as the “trial of the century” but I’ve seen better organized riots. House Democrats were allotted 24 hours to present their case against President Donald Trump to the Senate. But what we saw was endless footage of House Impeachment Manager Adam Schiff speechifying, grandstanding, and hurling unsupported accusations at the president.

Big Media reporters and pundits were rhapsodic in praise of Mr. Schiff’s presentation. He was “dazzling;” he had “complete command of the chamber;” senators “hung on his every word” (except, of course, for those who were nodding off, reading books and magazines, working on crossword puzzles, and using their Apple phones). Some reporters suggested that students a century hence would regard Mr. Schiff’s epic work with “awe.”

Is this really a trial? In an actual trial, the prosecutor presents evidence and testimony to prove that the defendant is guilty as charged. But that evidence must be factual and relevant. The prosecutor may not say, “This is the gun that committed the murder, and it belongs to the defendant,” unless he can prove that those statements are true. Just saying it isn’t enough.

Testimony must be first-hand, not hearsay. Defense counsel will object if a witness says he “heard” another person say something. Witness-speculation on what another person thought or felt is also unacceptable. Testimony like “I believe he did it…” will be struck from the record. What a witness swears he saw can be admissible, but is not usually conclusive unless corroborated by another witness or by pictorial evidence. Lying to an investigator, or in court, is a very serious offense. A law-enforcement officer’s testimony of what he saw or heard is usually accepted as truthful in court, unless defense counsel can show reasons to doubt it.

What reporters and politicians are calling the “impeachment trial” of President Trump bears little resemblance to an actual trial. Prosecutors have delivered lengthy speeches in the Senate which ranged far afield from the two articles of impeachment that were passed on party-line votes by the House of Representatives. Mr. Schiff and others have leveled accusations wholly unsupported by evidence, including speculations on what the president “thought.” But Mr. Trump’s defense counsel could not object, as defense-counsel in a real trial would do. Gross misrepresentations and even outright falsehoods go unchallenged, but are broadcast to the whole world as though they are factual. The Chief Justice of the United States Supreme Court “presides,” but has no authority to rule on what would amount to prosecutorial misconduct in a real trial.

Media organs filming the proceedings can “cherry-pick” clips for airing. They can broadcast testimony that supports the strongest case against the president, while omitting weaker statements by the prosecution. House and the Senate members, as well as much of Big Media, are playing to the real jury – the American voters – with stylistic and substantive critiques of the proceedings on TV news shows, while the prosecution and the defense are still making their presentations to the Senate. This is a classic political “show trial,” in the Stalinist mold, not actual jurisprudence.

Two other presidents have been impeached and tried in our history. Andrew Johnson was impeached in 1868 for disobeying the Tenure of Office act, which the Congress had passed over his presidential veto. The act prohibited Mr. Johnson from removing any of Lincoln’s cabinet without Congressional approval. Mr. Johnson considered it an unconstitutional limitation on his presidential powers, so he ignored it and fired Secretary of War Edwin Stanton. After the House impeached Mr. Johnson – 126-47, on a straight party-line vote – the Senate voted to convict him, 35-19 – one vote short of the 2/3 majority needed to remove him from office.1 President Johnson served out the balance of his term until March 1869. After the dust cleared, the Supreme Court – obviously having waited to see which way the fish would flop – ruled the Tenure of Office Act unconstitutional. (Bravely done.)

Some contemporary reporters seem to think Richard Nixon was impeached, but he resigned in 1974 before the House got round to it. Senators of his own party urged him to resign so they wouldn’t have to take the political heat for voting either to convict or acquit.

In 1998 the House formally impeached Bill Clinton via two articles citing him for committing perjury and jury-tampering in a sexual harassment lawsuit brought by former Arkansas state-employee Paula Jones. Mr. Clinton had committed the crimes when he was governor of Arkansas. Although liberal media pounded the narrative that the impeachment was only “about sex,” it was clear that Mr. Clinton’s criminal conduct would have put any ordinary citizen in jail. But President Clinton was not an ordinary citizen, so he skated on both articles when the Senate didn’t reach the 2/3-majority required for conviction. Every Democrat senator voted to acquit on both articles. Several Republican senators joined them, stating that they believed a conviction would harm the country. (After Mr. Clinton left office, an Arkansas judge disbarred him from practicing law for a period of five years.)

Thus, both previous impeachments involved known crimes that were entirely clear to the senators who sat in judgment over the trial phase. Mr. Johnson’s “crime” was later shown to be bogus because the operative law was struck down, but there was no doubt about the offense with which he was charged. The same was true for Mr. Clinton. His law-breaking was a matter of public record. But the articles against Mr. Trump allege no actual violations of law or statute. They consist entirely of opinions and unsupported accusations about “abuse of power” or “obstruction of Congress.”

Another factor that distinguishes Mr. Trump’s impeachment from those earlier actions is when they occurred in each president’s tenure. The two earlier impeachments occurred late in the final term of each president. (Mr. Johnson could have stood for another term, but he had no intention of doing so.) Mr. Trump’s impeachment, however, has been brought in the final year of his first term – within the actual campaign season for the election in which he hopes to win a second term.

If we want to remain a free people, capable of governing ourselves responsibly, we need to get serious about these things and stop regarding them as entertainment spectacles. In particular, we need to quit supporting politicians who are willing to disrupt our government by bringing fatuous charges against presidents they dislike, to advance their own political ends. Mr. Trump’s impeachment – on flimsy charges which scholars say are not part of the Constitution’s justification for impeachment – is clearly an attempt by his political opponents to influence the 2020 election. It is a first in American history, and it is a very dangerous precedent.

Democrats, hoping to defeat Mr. Trump in November by smearing him with the impeachment circus, might think they will never be victimized by the same tactic. If so, they are in for a rude surprise. The dogs have been loosed, and it will be the Devil’s own job to control them again.

Finally, I leave President John Adams’ prescient benediction with my readers as food for reflection and prayer:

“…we have no government armed with power capable of contending with human passions unbridled by morality and religion. Avarice, ambition, revenge or gallantry would break the strongest cords of our Constitution as a whale goes through a net. Our Constitution is designed only for a moral and religious people.  It is wholly inadequate to the government of any other.”

Trial of the Century? was last modified: January 28th, 2020 by Woody Zimmerman