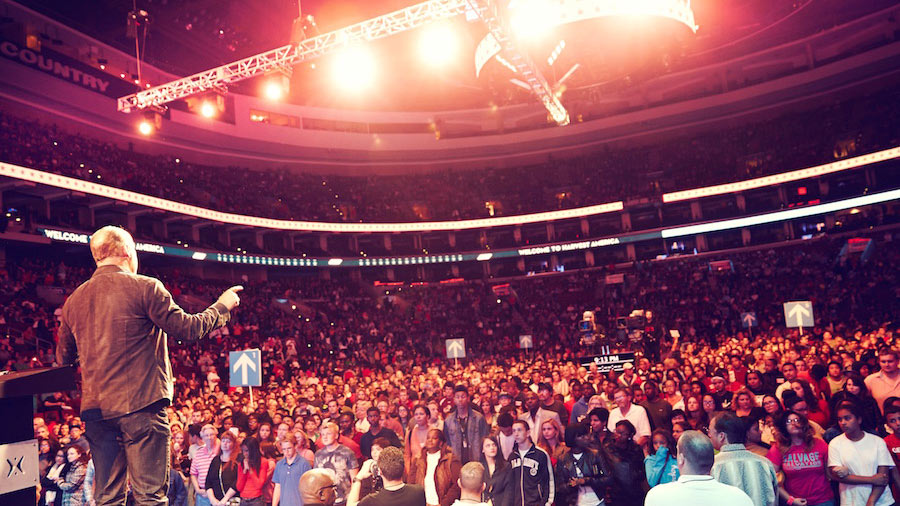 Trouble in Paradise, Evangelicals in Crisis

“It’s the rubes against the ruling elite who would propose to rule us.”

The brouhaha kicked up by the outgoing editor in chief of Christianity Today, Mark Galli, concerning his December 19th editorial, (Trump Should Be Removed from Office), is ironically not really about President Trump at all.

The ensuing verbal fisticuffs across the evangelical world are a reflection of the ongoing cultural and theological battle within the movement itself that has been going on for decades – a faith-based version of the continuing war between the elite, aloof ruling class and a disaffected professional and working-class that brought Donald J. Trump to office in the first place.

He unsheathed his blunt moral blade in his editorial right away. “[The] facts in this instance are unambiguous: [Trump] attempted to use his political power to coerce a foreign leader to harass and discredit one of the president’s political opponents. That is not only a violation of the Constitution; more importantly, it is profoundly immoral.”

Setting aside the fact that we have the transcript of the president’s call in question that directly refutes the claim, are we to believe that this a phone call was more “profoundly immoral” than delivering $400 million in cash stacked on pallets in an unmarked U.S. Air Force cargo plane in the dead of night to the American-murdering, terrorist-supporting Iranian mullahs; or locking up an American journalist: or covering up Fast and Furious and the Benghazi debacles, to name a few?

On the scale of “profoundly immoral,” this president can’t even hold a candle to the former president, or many others before him; just ask Japanese-Americans.

Mr. Galli’s flighty editorial was more accurately a screed that lacked biblical merits, historical perspective, and plain facts. “We believe,” intoned Mr. Galli, “the impeachment hearings have made it absolutely clear, [that] President Trump has abused his authority for personal gain and betrayed his constitutional oath. The impeachment hearings have illuminated the president’s moral deficiencies for all to see.”

This statement, of course, is ridiculous. The impeachment hearings, evidenced by the so-called two articles of impeachment, are at once laughable, disgraceful, and named no crimes whatsoever, while the second article of impeachment, obstruction of Congress, has no historical or legal definition whatsoever.

At the congressional hearing that so provoked Mr. Galli, there was a long parade of bureaucrats (who work for the President’s executive offices), who were sniveling and whining that the President’s opinion differed from their self-proclaimed expertise on foreign policy matters. There was also a conga line of Democratic “Constitutional scholars” who demonstrated that they had never read the extensive writings from our Founding Fathers on the seriousness of the impeachment clause.

Other than that, no witness could produce actual evidence of anything that Mr. Galli claims, “all can see.”

Mr. Galli also patronized his fellow evangelicals that publicly support this President, writing, “Remember who you are and whom you serve. Consider how your justification of [sic] Mr. Trump influences your witness to your Lord and Savior. Consider what an unbelieving world will say if you continue to brush off Mr. Trump’s immoral words and behavior in the cause of political expediency.”

Very melodramatic, however, by my math, we’ve had fourteen presidents from Frankin Roosevelt through Donald Trump, since WWII. Of those, eight have had extramarital affairs or consorts. Some were better hidden from the public eye, but among them are some real doozies, like JFK, LBJ, and Bill Clinton. Then there was corruption, stealing elections, and so forth.

Powerful men and women have voracious appetites, and often shock us mere mortals with their moral failure. Just look at the Bible itself.

Back to the battle at hand in the evangelical movement, Mr. Galli has done us a favor, though, explaining unambiguously where the battle lines are.

It’s the rubes against the ruling elite who would propose to rule us.

Just after President Trump’s surprising election victory, Mr. Galli bluntly confessed: “I know hardly anyone, let alone any evangelical Christian who voted for Trump. I describe evangelicals like me as ‘elite’ evangelicals … and [we] this class of evangelicals has discovered that we have family members so different they seem like aliens in our midst. These other evangelicals often haven’t finished college, and if they have jobs (and apparently a lot of them don’t), they are blue-collar jobs or entry-level work. They don’t write books or give speeches; they don’t attend conferences of evangelicals for social justice or evangelicals for immigration reform. They are deeply suspicious of mainstream media. A lot of them voted for Donald Trump.”

As stunning as this admission is, it merely reflects the religious and political fault lines in the Western world.

The larger evangelical movement, as part of the Christian community in American, has been in a state of increasing disarray for decades, trying to catch up and share in the chaos established long before that in the Catholic Church and mainline Protestant denominations. In part, its problems are deliberate, and in part, due to the decentralized nature of the movement.

In measurable ways, some pieces of the modern evangelicalism have fallen victim to the hardened, formidably organized, radical left. The same lengthy process that was so successful in collapsing the mainline churches has been the drip-by-drip hard-left radicalization of many seminaries, non-church ministries, and in too many pulpits. They have established a foothold with a toxic, un-Biblical Christianity, detached from historic orthodoxy, and responsive only to the cultural fads of the day or a lot of money.

This “progressive” movement inside evangelicalism, while supposedly small, has been towed into the public arena by a sympathetic news and entertainment industry, making it appear more prominent than it is.

At the same time, the broader evangelical movement has huge problems responding to the radical left, because there is a lack of seriousness in some pulpits, exacerbated by what is often referred to as “Evangelism Inc.,” an assortment of personalities, churches, para-churches and publishers who dominate the evangelical public and media space, as well as the money.

The real tragedy in this battle among evangelicals is that while politics and faith are inextricably woven together in human affairs, just as they were in Jesus’ day, the Gospel of Salvation and Grace that a struggling world so desperately needs is muted.

It’s hard to fight on two fronts at once.