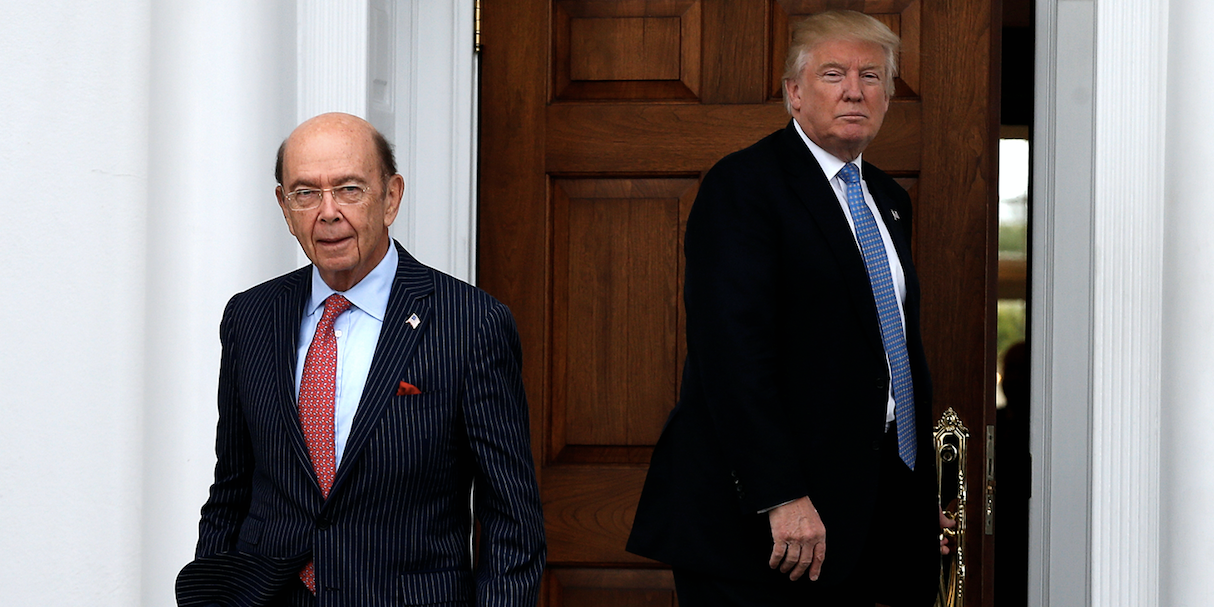 Two more political appointments, Wilbur Ross as Secretary of Commerce and Steve Mnuchin for Secretary of the Treasury.Â

I’m really confused. Of course, being an old redneck, I am easily confused.

Perhaps someone can explain this to me.

When Hillary Clinton gave a speech to Goldham-Sachs, you rightwingerdingers deemed the speech to be an act of treason and you shrieked for her execution.

Trump appoints to his cabinet a Goldman-Sachs executive with 17 years at G-S and you people celebrate as though it’s the Second Coming.

I should also have included Elaine Chao for Secretary of Transportation. She was previously Secretary of Labor and she’s Mitch McConnell’s wife. Like Melania Trump she too is an immigrant, and a minority, which matters so much to the Left. More here, http://www.nytimes.com/2016/11/29/us/politics/elaine-chao-transportation-trump.html

A third appointment today. And another crook.

President-elect Donald Trump has chosen Elaine Chao as his transportation secretary. Chao served as secretary of labor, from 2001 to 2009, under President George W. Bush.

The appointment of Chao to this position is striking for at least one major reason: her family owns a major international shipping company.

Chao’s father, Dr. James Chao, is the chairman of The Foremost Group which he founded in 1964. Elaine Chao’s sister Angela, is currently the deputy chairman of the company. Chao’s father began donating to McConnell in the eighties. In 2008 he gave Chao and McConnell between $5 million and $25 million, giving a huge boost to McConnell’s personal worth.

Foremost purchases vessels and coordinates the shipment of commodities throughout the globe. In 2014 The Nation’s Lee Fang reported that 90 pounds of cocaine was seized by the Colombian Coast Guard from a vessel owned by Foremost. Fang reported that: ï»¿

The firm..leaves a faint online trace. Foremostâ€™s website FMCNY.com is blank. Records and court documents obtained by The Nation show that the ownership of the companyâ€™s vesselsâ€”with names such as Ping May, Soya May, Fu May and Grain Mayâ€”is obscured through a byzantine structure of tax entities.

A 2014 report from the Louisville Courant revealed that Chao registers his ships in Liberia to avoid paying taxes in the United States.

One of the agencies under control of the Transportation Department is the United States Maritime Administration.

Trump told us he would drain the swamp. He just didn’t tell us he would put all the swam creatures into his Cabinet.