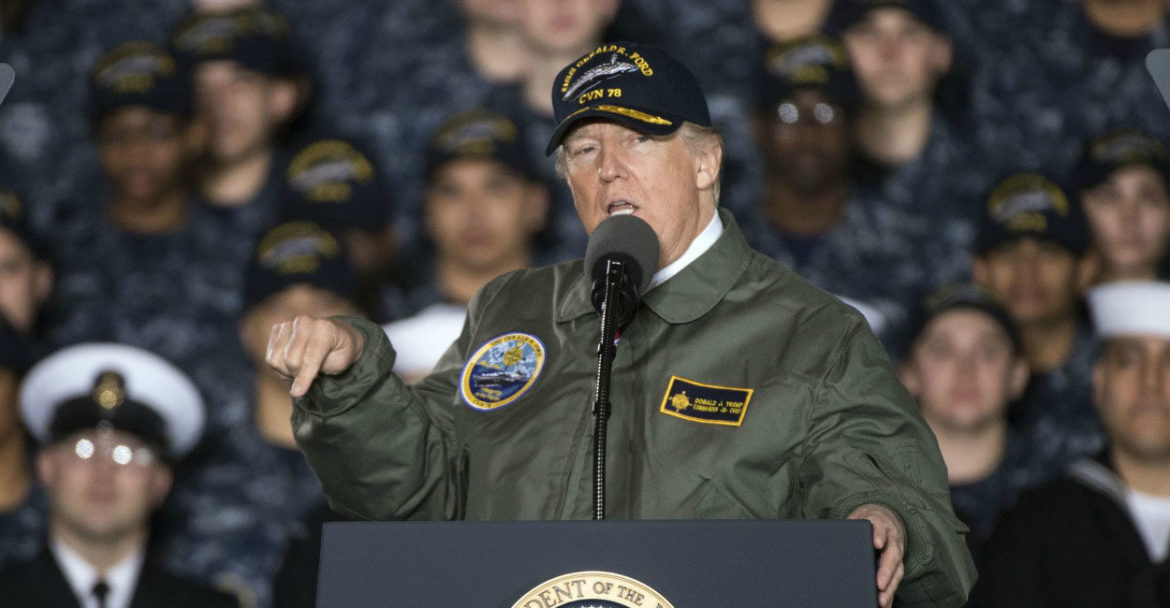 The President’s budget sets the tone for Congressional spending for the entire fiscal year, and Trump has sent a strong message to Congress that the federal government must be cut. In his $4.1 trillion budget, Trump reinforces spending caps on agencies and takes crucial steps toward stabilizing our nation’s defense systems.

Overall spending is cut by $4.5 trillion over 10 years, including discretionary spending, spending allocated annually for federal programs and agencies, which is cut by about $1.763 trillion over that time.

This includes strong spending caps on defense and non-defense discretionary spending to provide an additional $1.213 trillion in savings over the next 10 years. Along with more than $500 billion in apparent rescissions from previously authorized budgets.

Agencies across the executive branch are slated to receive significant cuts, with the Environmental Protection Agency receiving the largest decrease in funds at a 31.4 percent cut. While the Department of Energy receives an overall cut as well, Trump’s budget does increase funding for the National Nuclear Security Administration.

Energy Secretary Rick Perry praised Trump’s budget cuts, in a statement released Monday Perry explained, “It reflects the importance of strengthening our nuclear capabilities, and places an emphasis on early stage energy technology research and development. As we refocus resources, we will continue to utilize our national laboratories for cutting edge science in order to improve both our energy and national security.”

The importance on national security is clear through Trump’s defense budget plan.

Trump calls for a 25.4 percent total increase in defense policy spending for 2018, a cost which levels out to current expected budget levels by 2022. Therefore, front loading the already anticipated defense spending in order to modernize our military technology sooner rather than later.

The military costs significantly more to build than to maintain, therefore Trump allows for military upgrades to occur and be maintained rather than continuing to attempt to fix outdated technology.

The White House budget report explains, “This defense funding is vital to rebuilding, modernizing, and preparing our armed forces for the future so that our military remains the world’s preeminent fighting force and we can continue to ensure peace through strength. This budget also increases funding to take care of our great veterans, who have served their country with such honor and distinction.”

Congress should mirror Trump’s attention to defense and national security while paring back other unnecessary agency spending. The government can simply not afford to continue growing, Trump’s budget sends the clear message that spending cuts are a necessity, not just for fiscal prudence, but the nation’s security.

Money for unneeded and unwanted toys and paid to more rich people. Less money to help US. Less money for roads and clean air. More money taken from poor and middle class and given to the rich. Typical GOP wealth redistribution plan.

Ain’t none of this going to happen. The deficit is still going to 30 trillion.

I do appreciate including Rick Perry’s point of view that science should be used for making money and killing people. Those fake glasses really have made him smarter.

With all the defense spending, you’d think that a war monger like John McCain would be happy – but NOOOOOOOOOOO – wasn’t Little Mac one of the 1st to say “this budget is dead upon arrival”?