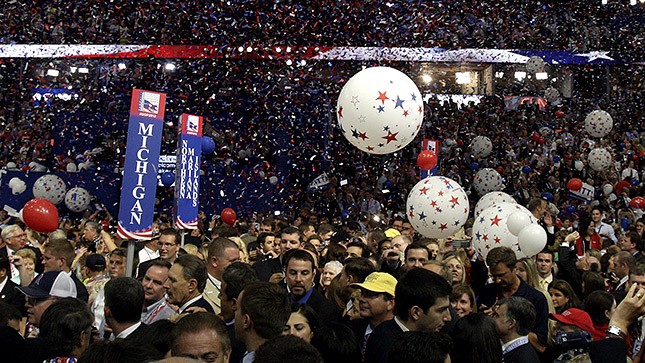 In the event that the Rules of the Republican Party are amended to allow national convention delegates to vote their consciences, presumptive nominee Donald Trump could be in serious trouble.

The Wall Street Journal reported Wednesday evening that an RNC member whipping delegates on behalf of Donald Trump has found only 890 delegates personally backing Trump, while identifying 680 as opposing him and another 900 who haven’t yet decided. A majority of at least 1237 delegate votes is required to win the nomination.

Under current rules, based on the primary results from this spring Trump has well more than enough delegates bound to him on the first ballot to win. However, a loose organization of RNC members and other delegates called Delegates Unbound has been pushing over the last several weeks to persuade delegates that party rules should allow them to make their decisions irrespective of how they may purport to be bound under existing RNC rules, state party rules, or state law.

In a statement released by Delegates Unbound, the group’s cofounder, Dane Waters, stated that, “[t]hese numbers make clear why the Trump campaign is resorting to working with a Democratic Attorney General to strip RNC delegates of their right to vote for someone other than Donald J. Trump.”

The Democratic Attorney General to whom Waters refers is, of course, Virginia’s Mark Herring. In an uncharacteristic move, Herring decided to actually defend a Virginia law, Va. Code 24.2-545, which governs presidential primaries in Virginia. The law is being challenged by Winchester attorney and national delegate from the 10th District, Beau Correll, because it unconstitutionally conflicts with RNC rules by requiring winner-take-all binding of delegates when RNC rules mandate that a primary held on the date chosen by Virginia (March 1) must have proportional allocation.

Making things more interesting, the Trump campaign appears to be doing all it can to help Herring defend the law, including by the intervention into Correll’s suit by Trump’s Virginia Vice Chairman John Fredericks and a number of other Trump-loyal Virginia delegates. Delegates Unbound claims that the Trump campaign has also dispatched the designated parliamentarian for the National Convention to testify before the court, apparently in defense of the law:

Carroll[sic] sued to ensure all Virginia delegates to the Republican National Convention maintain their right under Republican National Committee rules and bylaws to cast ballots for candidates according to their consciences. Trump has claimed such efforts are “illegal,” and the Fredericks filing claims Republican delegates should face possible civil and criminal penalties if they choose to vote for a candidate other than Trump…

Oral arguments on Correll’s suit will take place Thursday at 10:00 AM in the Federal District Court for the Eastern District of Virginia. Most experts expect, based on ample Supreme Court precedent on similar questions about whether party rules or state law take precedence in how delegates are selected or bound, that the relevant portion of Virginia’s law will be invalidated.

Clearly, though, a different outcome could be very important to Trump’s ability to keep bound to him the delegates he currently has. Delegates Unbound reports that they have enough support on the RNC Rules Committee to at least make a minority report to the floor of the convention with rules amendments unambiguously allowing delegates to vote their consciences on the first ballot. The Rules Committee meets next week to consider these and several other proposed rules amendments.

Hold on…this is gonna be a bumpy ride.