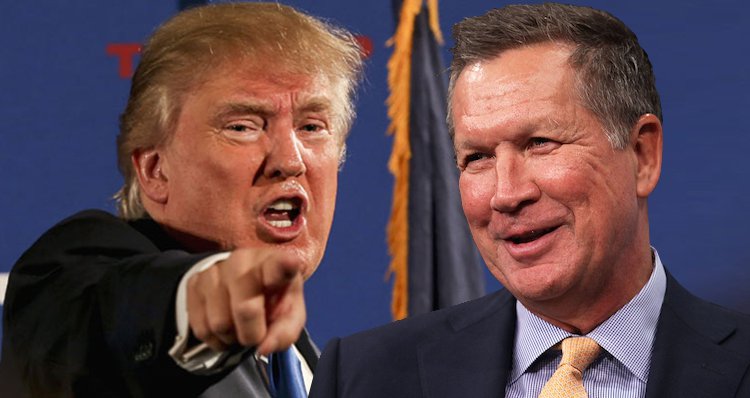 Are Trump and Kasich in cahoots?  So it would appear when their campaign managers are business partners. Ted Cruz believes Kasich is playing the spoiler to help Trump win states he wouldn’t otherwise win and to get the VP nod from Trump.  Hear the Cruz interview about all of these issues here. More on the possibility of a Trump/Kasich ticket here.

[…] Also, Kasich is deliberately being a spoiler for Trump. Kasich’s and Trump’s campaign managers are business partners, so do the math. Cruz will not get to 1237, but neither will Trump. Contested […]

Cruz’s theory might be realistic if Cruz hadn’t drawn fewer voters than Kasich in NY. If he loses to Kasich in the next round of primaries, well there may be a different theory at play than a Trump/Kasich marriage.

While the north east states may absolutely hate NY, just like Cruz does, those states hate Texans even more. Just ask the Cowboys.

That should help the dems:

” Gov. Terry McAuliffe of Virginia will use his executive power on Friday to restore voting rights to more than 200,000 convicted felons, circumventing his Republican-run legislature.”