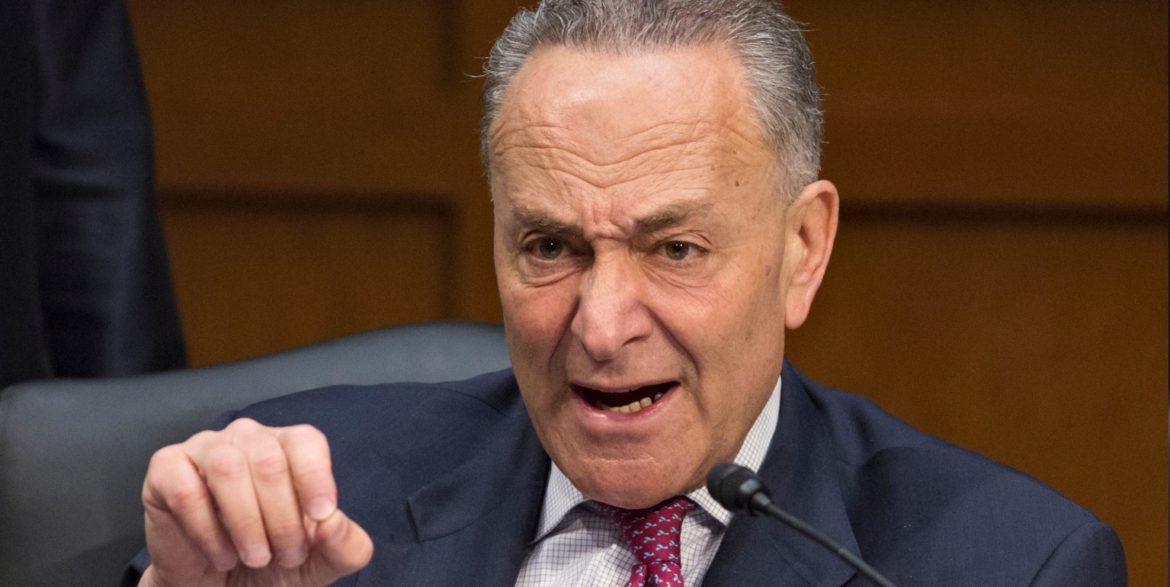 Trump Derangement Syndrome is a Misnomer

Surprisingly, despite the name, it may not be about Donald Trump at all. It may be more about Barack Obama and Hillary Clinton supporters losing power in an instant, without warning.

Trump Derangement Syndrome (TDS) is essentially hatred. It’s hatred of anything associated with opposition, dissension, or departure from all things related to the sudden, unexpected loss of the federal government by liberals in the 2016 election.

It’s hatred of capitalism. It’s hatred of individual rights. It’s hatred of the Constitution as interpreted by constitutional law scholars like Clarence Thomas, Neil Gorsuch, and Brett Kavanaugh. Even if Donald Trump does not always stand for these things, he represents a departure from the consistent socialist/progressive ideologies demanded by the leadership of the Democratic Party.

TDS is hatred and loathing for anything that challenges what they believe—that Obama was the epitome of political thought and his direction for America (and, by extension, Hillary Clinton’s) was indisputably correct. Any deviation from this narrative will be met with a guttural, emotional reaction.

Like most distorted emotions, TDS is based on irrational fear. To the Democrats, who acted like jilted lovers during President Trump’s State of the Union Address, the fear is of losing power—the power they felt was theirs to keep following the Obama years. Their neurotic sense of power comes from feeling ideologically superior. They create their delusion of grandeur by making people dependent on government programs which enhances their own sense of superiority and power.

Psychology professionals will tell you that rational people do not gain self-esteem or confidence from exercising power over others. Rational people obtain confidence and self-esteem by developing and using their minds to create or re-invent products and services or personal and family relationships.

Democrats like Nancy Pelosi, Tim Kaine, Hillary Clinton—and a few GOP counterparts like John McCain—have literally nothing but government power. They have never provided a private sector job or had to meet a payroll. It’s all they know, it’s all they want or care about, and it’s the motivation that gets them out of bed in the morning. How else could they remain in office for decades?

Probably the worst example of TDS was when some critics invoked Psalm 109:8-9, praying that “his days be few,” and “his children be fatherless, and his wife a widow.” This was both a shot directly at the President and those of the religious right whom they blame for his ascendency.

President Trump and Republicans, in general, threaten TDS sufferers because they stand in the way of the unlimited government growth, spending, and regulation mandates required to maintain a socialist democracy. Trump is brash, blunt, and not afraid to treat them as the power-hungry dictators they seek to become.

Perhaps Donald Trump’s greatest offense and, by extension, that of anyone who supports him is they truly do not want or need any of this centralized power. Democrats and other liberals have no interest in the Declaration of Independence or the U.S. Constitution.

To the deep state and the career politicians, Donald Trump is the monster in the house. He reminds them of how far they have drifted. He makes liberals in particular wild with rage. That’s why they will not stop at anything until they destroy him. Because, if he prevails, as I said shortly after his election in 2016, Democrats may not return to national power for a generation.

If Trump succeeds, liberalism becomes irrelevant. Socialism’s seed becomes starved from the light of day. Not only will their power diminish, they will have to accept that they have lived as parasites on society wasting lives in corrupt cities and states mooching off the labor, intellects, and creativity of real people. The truth hurts, especially for those who have been conditioned to deny objective reality and simple truths their entire lives.

When you see that look of hatred on the face of Maxine Waters or Elizabeth Warren or Mark Warner, it’s not really about Donald Trump. It’s fear and self-loathing with nowhere to go, no plan B, no direction for the future. It’s misery, the same misery they’ve inflicted on others which is now being reflected back onto themselves.

November 2018 is the last call for liberalism. If Republicans hold the House of Representatives and increase their numbers in the Senate, it’s over for liberalism/socialism in America for quite a while. The President will most assuredly be reelected and American exceptionalism will be back in vogue.

Then, the dominos start to fall—probably three more Supreme Court picks (Ginsburg, Breyer, and Thomas), cementing a SCOTUS that will aggressively defend the Constitution for the next 20 to 30 years.

The American economy will become a freight train with a full head of steam! Other nations will beg us to give them zero for zero tariffs. The best and brightest workers will line up to immigrate legally to the U.S. to build lives for their families as legal Americans.

2018 could be the year of the final battle of the culture war. Victory for American values can be snatched from the jaws of defeat the same way the presidency was snatched from Hillary’s mouth. The disease of TDS affecting the far left will be politically fatal to them. Claiming this victory from the hateful is mandatory if conservatism is going to restore America’s place as the economic leader and guarantor of liberty in the world.

The FBI told a federal court it had evidence that Carter Page, a former aide to President Trump’s campaign, “has been collaborating and conspiring with the Russian government” in its efforts to influence the 2016 election. They presented evidence and convinced 4 Republican judges that there was cause to issue warrant.

Trump was fine w/ Putin’s offer of holding a referendum in E Ukraine, but needed time to sell it to Europe.

“Ex-diplomat Nikolay Platoshkin says that the referendum in E. Ukraine, offered to Trump by Putin, would be followed by another referendum.
Female host clarifies: “First about seceding, then about joining Russia.”
Platoshkin proceeds to reminisce about Crimea.”

You all are supporting the puppet of a Communist dictator.

Does Chuck Schumer look like Mr. Cold Miser to anyone else? The resemblance is uncanny.

While I disagree with the final paragraph, the rest was spot on. Great piece.

We can’t let up! Everybody that wants to keep moving forward needs to Vote in Nov!

Within this story I love the sentence that begins;
Rational people….

For me as with many it is and was all about Americanism.
On both sides many just cheer for their respective political party others like myself cheer for our great Country and her Citizens.
USA! USA! USA!

Stop being absurd… if the DemoJews aren’t reigned in you might very possibly lose your great Country!

According to a recent Gallup poll, the RUSSIA OMG!!! bullcrap is not even registering at 1% on the concerns of voters.

As much effort as the Democraps have put into this and they are at 1% relevance. (Oh yes that goes also for you Never Trumpers here and in the GOP Establishment.)

That Gallup poll makes me proud of my country for the first time.

November 2016 election made me proud. Still can’t believe we did it.

we made that all-important first step.

Sorry, I was stressing the “you” part… as in US voters.

The right electors were sufficiently elected.

That night and following week was literally the best political week ever. The out-of-nowhere candidate taking the top job away from the political princess and then watching the whining and crying and sobbing and despondency on the Left was utterly priceless. To this day, they still don’t understand what happened and are entrapped by their own delusions, which will make 2020 even sweeter as they realize they gave it everything they have and still will fail.

It’s a miracle, really. Sadly, Trump is having to deal with the backlash and constant attacks. However, no one could handle this better than him. I believe divine intervention was at play. He’s our last chance to get our country back for a long time.