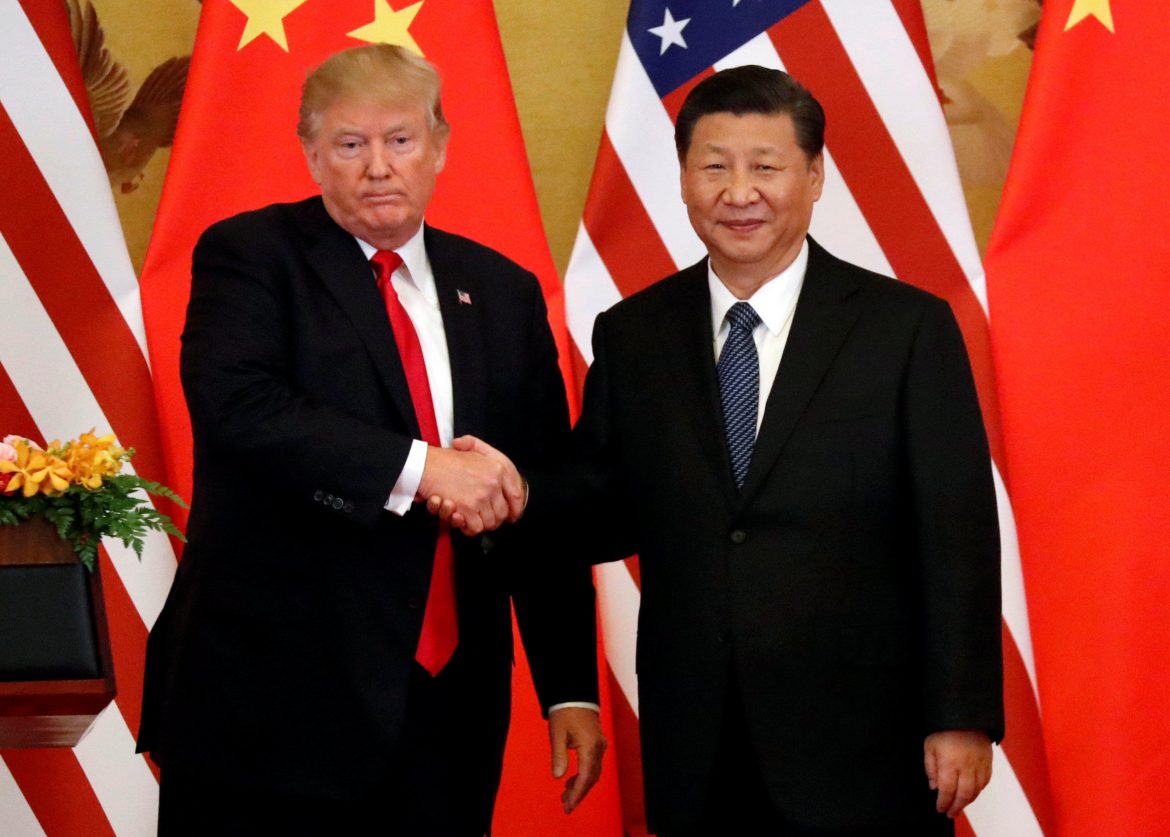 It’s common knowledge that the Chinese play the long game.

It’s also common knowledge that President Trump plays to win or doesn’t get in the game.

Experts on China believe their long-ball strategy gives the communist regime a perennial upper hand when competing with western governments, whose financial houses and political backers are petrified of any short-term market fluctuations.

As a result, our pre-Trump elected officials routinely caved to China’s long-term global ambitions for the short-sightedness of the next election. China has no elections.

Enter President Trump, the world’s great disruptor, daring to challenge the biggest ruse of our lifetime expounded by the elitist ownership class: “open-borders and open-trade are good for you.”

President Trump took a seat at the China trade table, surveyed the game, sized up his adversary, and determined he had $375 billion more chips than his Chinese counterparts.

China has been bluffing the U.S. on bad trade deals and product dumping since President Nixon paid them a visit in 1972.

Upon entering the World Trade Organization (WTO), the Chinese made stealing US intellectual property a business rite of passage. The WTO is nothing but another globalist fantasy concoction designed to permanently commoditize the U.S. worker, while telling them it’s the road to world peace.

When President Trump first threatened China’s President Xi with tariffs to level the playing field, Xi probably assumed it was an empty threat.  Just as past presidents never took action, he adroitly calculated that it was simply Trump following through on campaign rhetoric. Xi went to Mara-Lago, had a nice lunch and dispatched his deputies to throw the U.S. a trade bone so Trump had domestic political cover.

President Xi didn’t understand who he was dealing with.

Mnuchin told him that he had brokered a deal that would allow Trump to save face.  The Chinese would buy more soybeans at some future date. All the while, he was probably thinking the globalist world would soon be back to normal.

The next day the usual Republican open-trade orthodoxy apologists claimed victory and said move along now, nothing to see here.

But then a strange thing happened. Trump disputed Mnuchin’s Chamberlain-style peace-in-our-time victory and doubled down. He called China’s bluff and the whole world was caught by surprise.

The Bejing stock market tumbled 32 percent. Chinese investors knew, after 36 years of ripping off the U.S., their gig was up.

The dire calls of gloom and doom from the typical Wall Street exploiters was the next step to stop the permanent takedown of the globalist cheap labor hoax. We heard cries of impending financial consumer pain, like: “you’ll pay one cent more per can for a six-pack of PBR” and “you’re I-phone will cost $10 more!”

When that fell flat, the bankers and hedge fund managers, whose average Wall Street salary last year was $422,500, bemoaned the coming economic Armageddon of all time.

Instead, the U.S economy is booming while setting new highs every month in virtually every category: 4.2 percent GDP growth, record numbers in job creation and higher wages. All these results have led to soaring consumer and business confidence.

Trump has maintained from day one that he’s tired of the US being taken advantage of.   “The U.S. is no longer the piggy bank of the world,” Trump triumphantly declared earlier this month.

China’s economy is now dependent on U.S. hard currency, and they covet the buying power of the American consumer. China desperately needs the U.S. to buy their exports. The American economy can function just fine without Chinese trade, as it did for 200 years.

Trump’s tough on trade policy with China has resulted in a downturn in China’s domestic economy. It’s only going to get worse.

Trump has maintained that the U.S. is being ripped off by everybody – and bad trade deals have proved disastrous for American workers, resulting in lost jobs and lower wages.

Even worse, the Chinese central government, through domestic subsidies, dumps futuristic products into the U.S. market at below market prices in order to drive American companies out of business, with a long-term goal of cornering high-growth markets.

This is a trade dispute Trump can’t lose, and he knows it. He’s willing to impose another $276 billion in tariffs on China, approaching 50 percent of China’s total exports to the U.S. China on the other hand, has already run out of products they can put tariffs on.

John Fredericks is syndicated radio talk show host based in Washington, D.C. He served as Chairman of Virginia’s Trump for President campaign and is an advisory board member of Trump 2020 re-election.