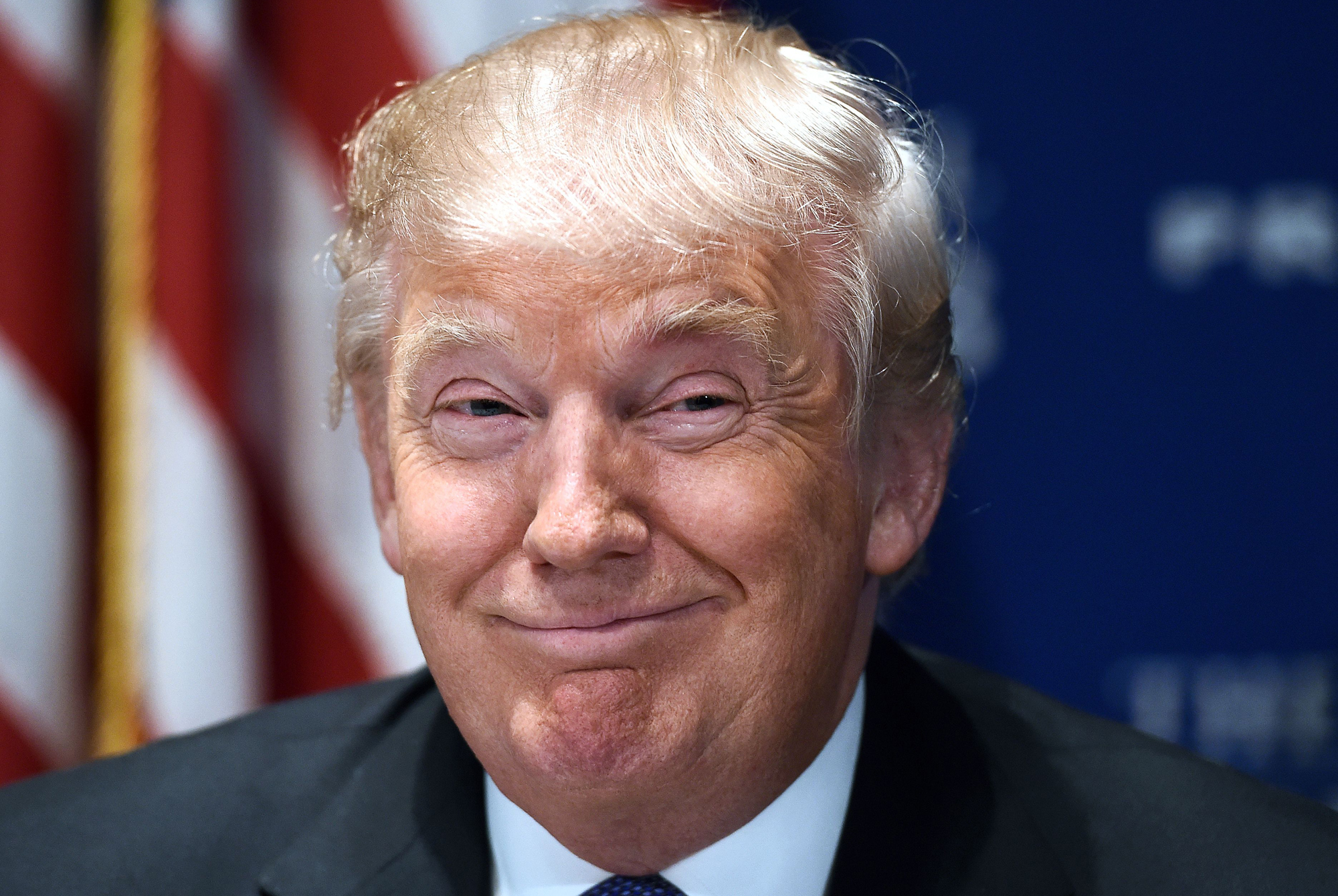 I’m a Cruz guy, but I’m telling you flat out, if you don’t think this is Trump’s to lose, I say you need a check up from the neck up. He’s on fire. He speaks largely unscripted for an hour and a half, and he touches the core of where middle America lives. He just flat out does. “Persians are excellent negotiators, because why? They ‘been trading rugs for thousands of years.” Or, “We have stupid people doing stupid things.” His veteran package was brilliant politics, even if he didn’t know it was going to be…but I suspect he did. Just saying folks, we’re watching something happening here that we better understand. Â Here is his speech from the Wisconsin…masterful. Where is CRUZ dadgumit!

Trump is well on his way to wrapping this up…just saying was last modified: November 3rd, 2015 by Michael Giere

One measure of Trump’s leadership skill is the loyalty and enthusiasm of his followers. Trump takes othersther with him. He has defined the GOP debate. He has defied the rules by attacking the media, and making it acceptable for others to do do. People even imitate his way of speaking –“unbelievable,” “huge” and so on.Cruz’s problem is that he is purely an ideologue, with no real warmth. He speaks in abstractions. His harangues in the Senate get nowhere, they just afford him a few soundbytes. He will not win the hearts and minds of voters in a general election. His strident ideological purity will cost the GOP the election in 2016. Only Trump’s common sense pragmatism will beat Hillary.

Heh. For now, watching Jeb! launch a campaign against Marco Rubio over who gets the Establishment’s backing, instead of creating a distraction by criticizing Trump.

He has built a solid organization in several states and has seen a small incremental rise in his polling numbers BUT it appears to me that his whole jump start strategy depends collecting the future(?) fallout from frontrunners Trump and/or Carson. Reminds me a little of the guy who goes into the casino and lays his bet and entire future on Red number nine. Is it gutsy or just plain stupid? I know what Steve Wynn would call it. If he doesn’t get his head screwed on straight he will end up with the establishment consolation prize of the best managed campaign infrastructure, that won’t in his election cycle get you in the WH door.

You probably understand the process better than I do, Lawrence, but my small perspective doesn’t show his whole strategy and entire bet the way you do. I think the better analogy is a horse race, with one guy pacing his very strong and fast horse to not get worn down fighting inside the pack, yet ready to sprint through an opening when the others get tired. And there are indeed others already tiring and snapping at each other — as Cruz continues to build organization and raise money in key states.

But I’m just an amateur, and I doubt Zack Werrel will broadcast the strategy here. Heh. FWIW, Cruz is the only candidate — afaik — who’s broadcasting radio ads here in SW Virginia. It will be interesting to see how Iowa and NH go.

Your analogy may be more appropriate but I believe the underlying assumption is the same in either case and that is the demographic mix of any fallout from the front runners will somehow map to the voter base of Ted Cruz vs one or more of the those others running in the second tier. I attempted a while back, looking at several polls that included both primary and secondary voter selections, to try and do a rough estimate on where these second choices from Trump and Carson might culminate and failed miserably. I would think for this to work timing is the key, being the last standing in the second tier, either Trump or Carson dropping out late enough (like Santorum in 2014) to pick up the support in the home stretch and that the Trump/Carson votes don’t just simply move over to the other non establishment candidate rather then Cruz. I always think of a strategy as something YOU effect not one that looks to rely on happenstance. I just can’t see a preset path with any degree of campaign control but like yourself I’m no professional so I may be missing the obvious.

When Trump described his nationalistic position on immigration, you had to cheer. It was straight up in the face of GOPe dopes and liberals… He is going to be hard for Hillary to deal with, much harder than the milquetoast candidates like Mittsey Romney.

They praised Romney’s business experience but , dismiss Trump , why? He is a American employer , bit corrupt?.
Ok so lets take all Governors and Rubio { gang of 8 } for thier experience in illegal being detected through Employee Misclassification { 1099 }.
400 million in loss to Florida , Bush and Rubio
Texas , we know of the last minute back room deal to still allow it , Perry
Research all candidates states , it is an awful form of representation.
I can go on and on , it is happening they have all had a chance at some point and they have turned on America.
This is so relevant being that it is the shadow for MS-13 , other criminals and scum the child support dodgers.
So candidates how can you do good when you refuse to remove the bad ?
Our { D } Governor is on it but not for the good of all , what is he not telling the General Assembly ? Virginia’s biggest cover up. So he wants to be VP , stop him dead in his exploitating tracks.
Besides Obama will grant Amnesty , we will still have the shadows.