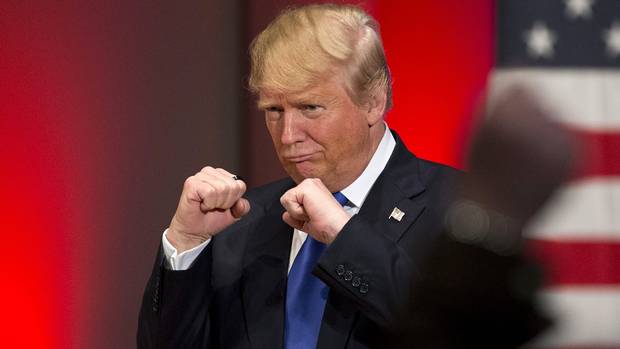 Congress could not manage to repeal and replace Obamacare and install a healthcare plan that actually serves the American people, so President Trump set the wheels in motion to do it himself. With Trump’s most recent executive order, the consumer will have greater control over their health plan and the Labor Department (DOL) will be able to take an active role in reforming the system by going across state lines. While this might be a spot of brightness in a dark debate in Congress, Republicans must remain cautiously optimistic as the DOL moves forward.

The President’s “Executive Order Promoting Healthcare Choice and Competition Across the United States” does precisely what the title suggests. The order directs the DOL, the Department of Health and Human Services, and the Treasury to review regulations which inhibit choice and competition; their first directive is to expand access to association health plans (AHP) across state lines.

As Timothy Jost explains in a Heritage Foundation explains:

By expanding access to these plans, Trump will allow thousands of small business employers to have the same purchasing power as large employers to receive insurance options that work for themselves and their employees. Small businesses with limited bargaining power, will not able to join together to negotiate ideal benefits.

This also opens the door to insurance competition across state lines, rather than the current system in which insurance sales are restricted by state boundaries. Trump’s executive order urges the DOL to pursue allowing consumers to purchase plans in any state. The executive order empowers consumers to pay for plans they can afford that work for them.

This should drive down prices nationally. While an individual living in New Jersey pays nearly $500 a month in premiums, an individual in Utah pays just over $150, currently. If the DOL opens the door to cross-state competition, the New Jersey resident can now look to Utah insurance companies to buy their insurance, forcing New Jersey groups to lower prices or produce more attractive plans.

State legislators will have to adapt as well, decreased regulations will attract insurance companies and promote competition in the market. Trump’s executive order drives down premiums, making it the real affordable care plan.

But the devil ultimately remains in the details of how the DOL chooses to handle this change.

President Trump has wisely asked the Department of Labor to examine the law and body of regulation to determine whether new regulations can be put into effect allowing for the sale of association health plans across state lines. The vast majority of Obamacare was written by federal bureaucrats interpreting the law via the regulatory process. President Trump’s direction to the Department of Labor will now use that same process, created by Congress, to inject competition into the healthcare markets.”

What Republicans should be quick to remember is that just like the Obama executive orders, what the current President puts in place via executive order the next president can remove. Trump’s noteworthy action is not an excuse for Congressional inaction; Congress must still take the steps to entirely repeal and replace Obamacare to ensure the full burden is removed from the American people.

Trump’s executive order is a step in the direction of greater choice and competition for the American people, but genuine healthcare reform is still needed. If Trump’s DOL can effectively open healthcare access across state lines and drive premiums down, they will be sending a message to the entire Congress — if we can do it, you must too.

Trump only did this as a stunt. Some states aready allowed insurance to be purchased across state lines. I think there are 7 states that allowed it. To the best of my knowledge, no company in any of those 7 states took advantage of that law. You see, even if it is legal, the companies still have to meet the states requirements, and have a provider network set up. K St. would never let Trump make a move without their approval.

I use to think buying across state lines was a big deal. But, then i got educated.

Wow. You need to look into what you paid for that education, try to get your money back or something. Interstate insurance definitely DOES lower prices. If you want to argue about WHY those price decreases happen – because it lures healthy people into low cost insurance while leaving sick people stuck in plans that ultimately fail, then fine, talk about that … but to suggest that it doesn’t lower rates, or that it isn’t a “big deal” is absurd. Insurers absolutely will cherry pick their regulators and start selling insurance out of the states that let them get away with whatever they want to get away with, luring people from other states to their plans and lowering rates for the healthiest. I think your “education” was a Salon article somewhere that was pushing a DNC talking point.

Really? You don’t provide any facts. Like i said, some states already allowed it. Has any company taken advantage of it in those states? There was never any federal regulation that prevented the sale of health insurance across state lines, at least as of yesteday afternoon when i spoke to a congressman’s office for about half an hour about healthcare.

So, put up or shut up. I’m glad Trump ok’ed it, it needed to be done. But, it hasn’t done anything in the states that already allowed the purchase of out of state health insurance.

Well, are you just mouthing off, or what?

Congress is the Cowardly Lion. They talked trash for years regarding repealing Obamacare and then, once they could, they ran and hid. Trump has no such fears. He is stepping into the breach (again!) to take actions to advance a Republican agenda that the Republicans in Congress are too afraid to vote on.

Simply put, this is Congress’ perfect scenario. They can shift the blame to the demise of Obamacare to Obamacare itself and its structural unsoundness and they can blame Trump too for actions that are speeding up Obamacare’s demise. Congress never get its hands dirty.

I know I’m preaching to the choir, but Congress is such a worthless bunch of slimy do-nothings. I want to wretch just thinking that they represent the great United States. Blech!