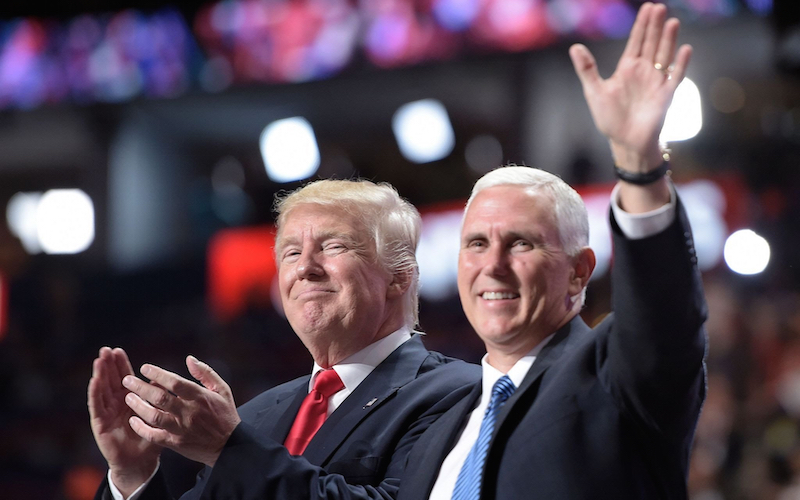 Newsflash: Many conservatives have profound objections to Donald Trump. There is no need to catalogue those issues here. We’re all well aware.

And, we could fill volumes about why the dishonest, craven, deceitful, and corrupt alternative should be kept as far away from the Oval Office as possible. We’re all aware of that, too.

The contributors to this site represent various breeds of conservative, libertarian, and mainstream Republican. The vast majority of us backed candidates other than Donald Trump in the primary season. Many of us have said nice and supportive things about his candidacy, and others have been harshly critical. Within the bounds of good taste, we respect and do not suppress or censor any of these viewpoints, and welcome a healthy debate.

But at this point, we realize the best thing we can do for our country is to recognize the fundamental truth of our political system. We join political parties to give greater weight to our voices on issues of broad appeal. We don’t have a parliamentary government, where voting for a third party can help force a government more responsive to conservatives, via formal coalitions or otherwise. Instead, to be effective and to advance those shared issues, we fight it out in nomination season to get the best possible candidate, and then rally around the nominee, even if it’s not our guy. That’s the deal, and a political party simply doesn’t work any other way.

Donald Trump is now the best hope conservatives have for averting a generation of horrible Supreme Court decisions, and for halting or reversing a dangerous slide toward a style of socialism even the Europeans have now rejected. He’s not perfect, and we don’t know yet the extent to which he can be trusted to do the right thing on all the issues that matter to us. But we know he loves this country, its history, and its cultural institutions, and—unlike his opponent—he won’t be an overt enemy of the things that have made America exceptional.

Finally, he’s the only option we’ve got if we want to avoid a third (or fourth) Obama term. No candidate or party is entitled to our vote, but we recognize that not voting, or voting for a third party candidate, eases the way for a continuation of the disaster of the last eight years.

We therefore heartily endorse and back the candidacy of Donald J. Trump.