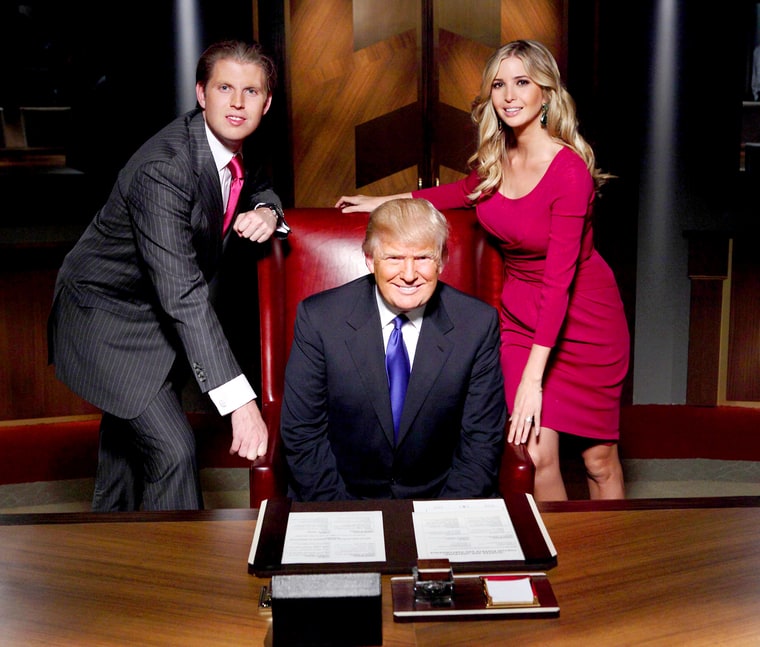 Since 1989 Donald Trump has not voted in a Republican primary in New York.  Nor has he voted in a Democrat primary for President.  Nor have his wife and daughter ever voted in primary. Apparently primaries were not important to Trump prior to this year. His children aren’t even registered to vote in New York’s primary next week. It appears politics has never been of much importance to this family. More here and here.

Trump and his Family Have Never Voted in a Republican Primary for President was last modified: April 14th, 2016 by Jeanine Martin

Neither did Eisenhower vote for Republicans before running for President as one.

The Trumps are liberals and really Democrats. Why would they be voting in a Republican Primary?

Why is this news? Most Democrats don’t vote in Republican Primaries. 🙂

this election season has exposed just how corrupt the political parties and process has become. What happened in Colorado was outrageous and shameful. I tried to be involved in Va over the last 5 years, I will say that there is plenty of corruption here as well. I believe that Trump has done a great service for our country by running, and he really is a figurehead for the level of disgust and anger at the system. What happens in November will be anyone’s guess.

What happened in Colorado? Where Trump had no one on the ground? Where the
angry Republican” turned out to be a guy who was elected as a county delegate and then didn’t show up for the meeting to which he was supposed to go? Cry me a river! Trump is either a liar or horribly ignorant (though in his case the concepts are not mutually exclusive).

We worked like crazy to educate the voters on the Conservative Ted Cruz vs the Liberal democrat Trump. That’s why Colorado went for Cruz What Hillary did in Bengazi is reprehensible. How can u vote for someone that thinks Hillary did a good job as SOS? Trump will pardon his friend Hillary. Cruz will not.

Ted Cruz shows me who he is when he supports such outrageous, anti Constitutional anti-Sovereign 6,500 pages of legislation for “TPP”, writing op-eds supporting it, how despicable. Then after arrogance and condescension, flip flopping at the last minute. Handing out teddy bears to illegals with Glenn Beck. Hanging around with Glenn Beck period should make anyone think twice about his judgment. He will use anyone to get what he wants tho. He knows the evangelicals love all of that fire and brimstone talk so he employs it as needed. Cruz is out for his own ambition and power. He is no leader among men.

We all need to be one issue voter – Our National Debt – I don’t care who or what label you are, black/white/other, male/female, “straight”/gay, pro life/pro choice, Democrats/Republican, Religious/Non-Religious, etc. etc. If you will PLEASE cut spending and get rid of our 18+Trillion Debt, I’ll vote for you. Without Economic Freedom, all our other Rights & Freedoms will not matter. . .
Not good. . . Ted Cruz will CUT Spending, CUT our Debt, Make/Keep America Safe, Follow the U.S. Constitution, and Defend the Separation of Church and State. Trump will put us deeper in debt with his policies.

Well, can NOT vote for the Liberal Democrat Trump. In Trumps OWN words. https://www.youtube.com/watch?v=rcUCLwWCihE&feature=youtu.be

actually there were many disenfranchised voters and the printed ballots prove it as well as video. But we all know that there is a lot of corruption and dirt bags that run the political parties. I seem to remember what happened here in Va with District 10, and I have seen how people I know running for delegate that were not on the “insiders” (aka RINO) club in NOVA were given major run around in trying to run as a national delegate. Of course the recent demand for a pledge for our Presidential primary was clearly done to intimidate cross over voters coming to vote for Trump, very ugly and shameful.
That is okay, be smug all you want. Co GOP made it quite clear last year they were canceling the caucus to get rid of the risk of voters choosing Trump. As far as being involved in delegate process, the parties make it VERY hard to be involved, with not making public announcements and creating confusion about the rules and requirements with various meetings, etc. I know because I was involved several years ago.
If the Republican party wishes to thwart the people’s right to peaceful non violent change of government at the ballot box, then they will have to reap the rewards of a not so peaceful revolution which will inevitably follow.

Hey, I actually favor primaries over conventions. In this case I think Cruz would have walloped Trump either way.

As far as VA-10 is concerned, there were plenty of people representing Trump there (and yes, I was there). These people were certainly the most aggressive in trying to get votes, as the many phone and e-mail messages I received can attest. They still lost, as Trump lost in the primary in VA-10 and did not get a majority of the vote in any VA district. The cross over voters I saw at the polls were certainly voting AGAINST Trump!

The only people for whom the convention processes were too hard seemed to have been Trump people, and it’s mainly because the candidate himself was badly prepared. Just like he is when discussing issues (which is part of what makes him such a bad candidate).

You all lost fair and square. Instead of making threats, try looking inward and taking responsibility for your (in)actions. Or maybe you can declare bankruptcy a few more times just like Mr. Trump.

Oh brother. This is in the Liberal Democrats OWN words. https://www.youtube.com/watch?v=rcUCLwWCihE&feature=youtu.be

What Hillary did in Bengazi is reprehensible. How can u vote for someone that thinks Hillary did a good job as SOS? Trump will pardon his friend Hillary. Cruz will not.

So is this a negative or a positive? Shouldn’t the guy who doesn’t even vote be the ultimate political outsider?

Yes, and that may explain why he doesn’t understand how primaries and conventions work.

No. It basically shows his complete lack of knowledge and passion for politics and our country in general. An outsider isn’t ignorant. An outsider refuses to go along to get along. Which doesn’t describe Trump at all (think ethanol subsidies)

Not when he IS a Liberal Democrat. In Trumps own words. What Hillary did in Bengazi is reprehensible. How can u vote for someone that thinks Hillary did a good job as SOS? Trump will pardon his friend Hillary. Cruz will not.