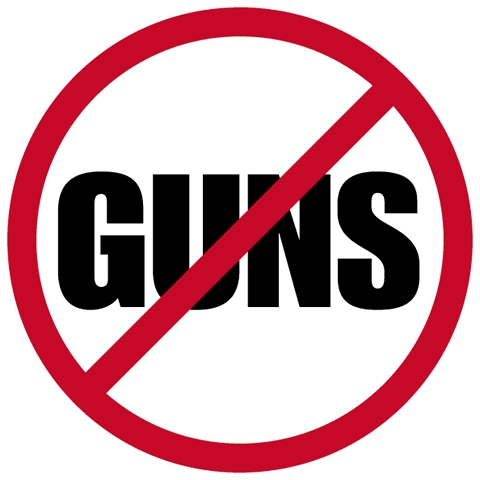 Donald Trump, the presumptive GOP nominee for president, has taken the bait thrown out by the left in the wake of the Orlando terrorist attack and is calling for the expansion of laws that would take away the rights of more law-abiding citizens to own a gun.  This is not new territory for Trump who in his book, The America We Deserve (2000), previously declared his support for an “assault weapons” ban and a 72-hour waiting period for handgun purchases.

Trump’s new plan is to pass legislation that would ban anyone on the terrorist watch list from buying a gun. Sounds like a good idea, huh?  After all, the terrorist watch list is what is used to compile all kinds of security screenings, like the No Fly List and the Violent Gang and Terrorist Organization File. Stop those radical Islamic terrorists from getting guns?  Keep American’s safe?

Wrong.  Here’s the problem.  Aside from known or suspected terrorists, do you know who else is on the terrorist watch list?  American citizens with no criminal record.  That’s right.  You don’t have to commit a crime to get yourself placed on this list.  You just have to be suspected of being a “not-so-nice” person, and BOOM – you’re a terrorist…at least according to the Government.

It’s so bad that even the Huffington Post published a story about how easy it is to get yourself on the Terrorist Watch List.

While some individuals are surely placed on these watch lists for valid reasons, the murky language of the guidelines suggests that innocent people can get caught up in this web, too, and be subjected to the same possible restrictions on travel and other forms of monitoring.

According to the HuffPo article there were 468,749 people nominated for the terrorist watchlist in 2013 alone.  Only 1% of those nominations were rejected.  That means that over 460,000 people were added to the list in 2013.

What kind of dastardly things do you have to do to get nominated for this list, you ask?  Truly unspeakable things like:

– Have the same name as someone else on the list.

– Know somebody that gives off that…”terrorist-y” vibe.

– Be a part of a group that is associated with terrorism.

That last one is important.  Do you remember back in 2014 when the FBI national threat assessment listed local militia groups and “sovereign citizen” nationalists as higher threats for domestic terror than radical Islam?  I do.  It means that the next groups that could be added to the list could be Tea Party organizations, or even Christian organizations.  After all, there are those on the left that are blaming Christians for the Orlando shooting because of their “anti-LGBT” beliefs.

If you think the terrorist watch list is big now, what do you think will happen when the left finds out that it can deny gun rights to people who are on it?  What happens when nameless, faceless bureaucrats, or anti-gun zealots start making thousands of thousands of nominations, all anonymously, of every right-wing person they have ever known?  Think it couldn’t happen?  Yeah, you’re right.  The Government would never do something so outrageous, like target conservative groups for audits, or allow almost 500,000 immigrants to overstay their visas last year, or simply stop enforcing immigration laws…

Using the terrorist watch list to deny gun rights would not only be a violation of due process, but would also put innocent, law-abiding citizens at risk of prosecution.  Nobody will tell you whether or not you are on the watch list.  You could go to a gun show or your local gun store and attempt to legally purchase a gun, only to find out later that you are denied for being on the watch list.  Since attempting to purchase a gun when you are not allowed is considered a crime, you could actually end up being prosecuted for nothing more than attempting to exercise your constitutional rights.

Using the terrorist watch list to deny gun rights to people would be the greatest expansion of gun control the left could ever achieve.  It is simply mind-boggling that the GOP nominee for President is championing it.