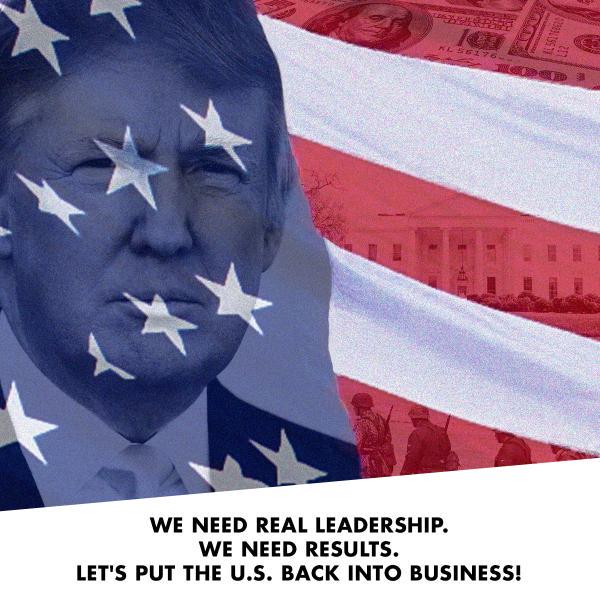 And that’s exactly what Donald Trump did today.

So, here’s how it started. Trump tweeted out a new digital poster earlier today:

Soon, keen observers noted there was a problem.

For posterity, since I assume Trump’s tweet is not long for this world: pic.twitter.com/KChm7XK8OG

So what’s the problem? Take a look at the soldiers in the lower right part of the image. Americans? Wrong. Germans, perhaps? Yes, but worse. They’re bona fide Waffen SS troops, the crack Nazi troops loyal directly to Adolf Hitler during World War II. The camouflage and insignia these soldiers are wearing give it away. 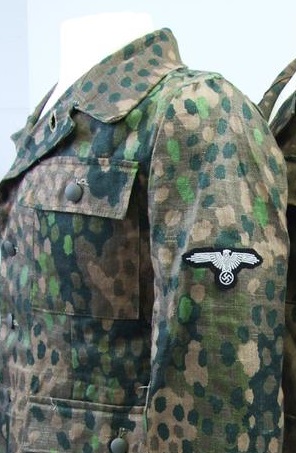 And because it’s Twitter, someone actually found the original stock photo used by the Trump campaign:

Check this one out, merging the two (image by Ivylise Simones):

Trump deleted the tweet, and a campaign spokesman quickly made a point to blame an unnamed intern for the Twitter mistake. Umm…right. I’d bet all of Trump’s wealth that there isn’t a single presidential campaign, including his, that doesn’t have multiple layers of controls about who, other than the candidate himself, gets to post in the candidate’s name. There’s no way some rogue intern simply screwed this up on his/her own. Someone else in the campaign saw the image and let it get through.

And so, yet again, Trump gets the media to focus on him. The story is all over the newspapers and TV, already. More distraction, and more embarrassment that this guy is leading in so many polls of my fellow Republicans.

But if you’re Trump, it’s not what they’re saying about him, whether good or bad for him, the GOP, or the country. The important thing is just that they’re talking about HIM. That’s all that really matters to the GOP’s own P.T. Barnum.

Will we look back in late 2016, and wonder if the Trump circus lost us the election?

In the end, what will Trump want to not run as an Independent?

What is it you are asking here?

Do you think the stronger candidates bow out without getting something in return?

Who said “Say anything you want about me, as long as you spell my name right”? That could be Trump’s motto.