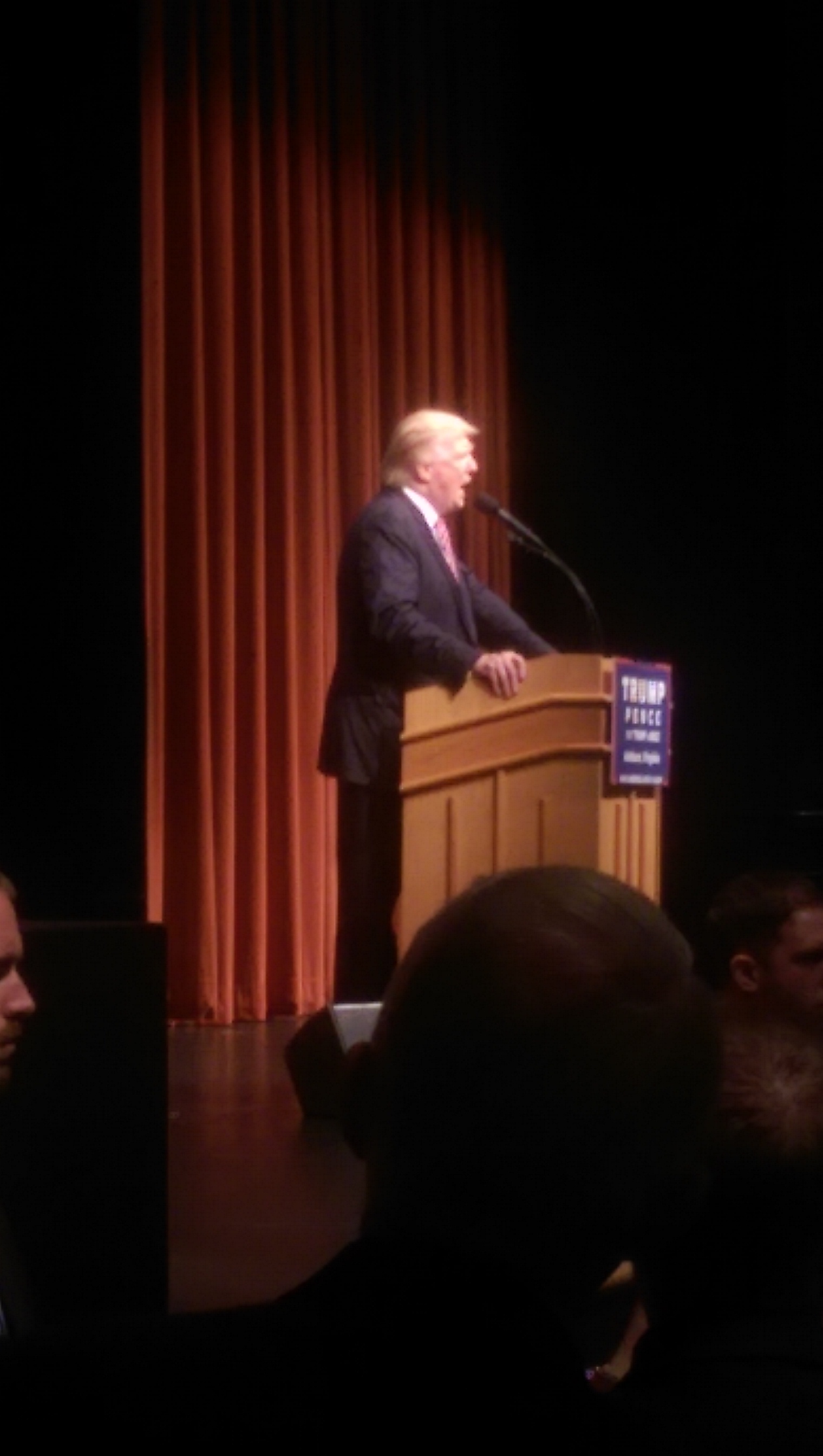 I had the honor to attend the Ashburn rally for Donald Trump this morning on behalf of the 11th Congressional District Republican Committee.

Below is a pictorial review of the event:

Protesters.  I had to walk through them on the way in and way out.  They were not rude, although there was some excitement while I was inside.  And no, I do not want to speak to you “Alex Jones” guy… 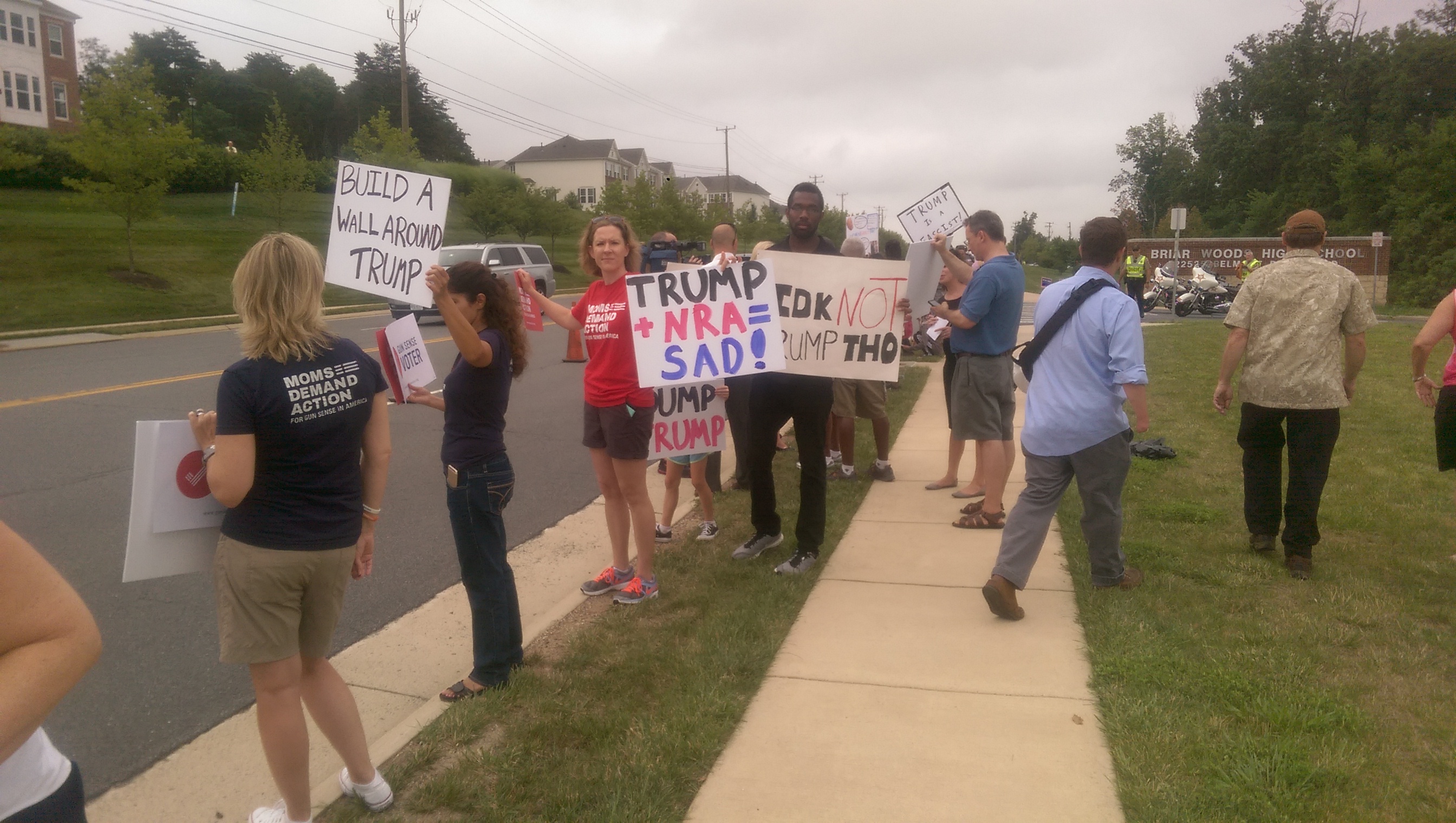 I thought the “IDK Not Trump Tho” homemade sign was funny, and I told him so. 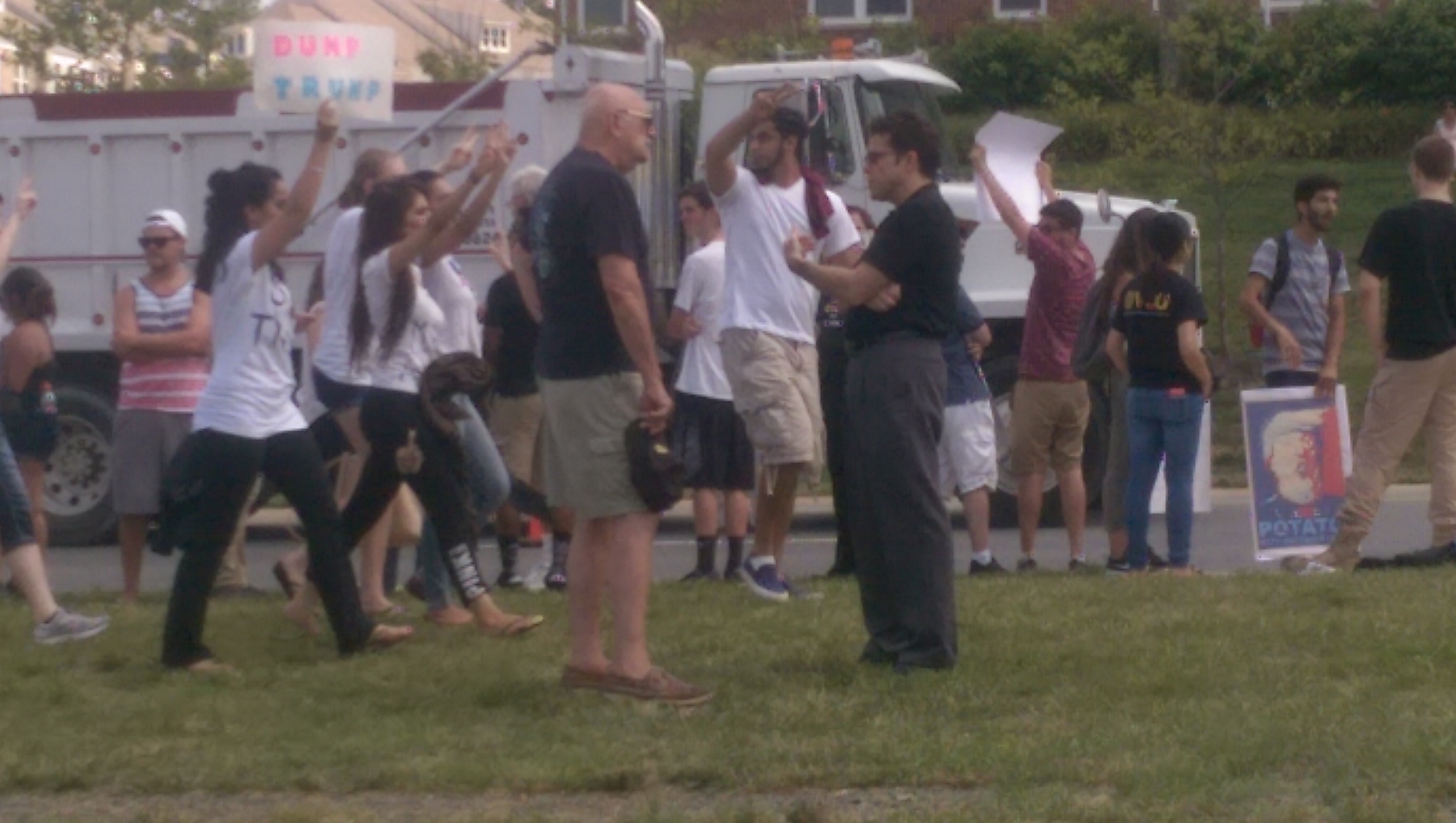 Entering the school the line literally stretched around the building.  There were tons of young people.  Thousands of people had to be turned away…fire safety… 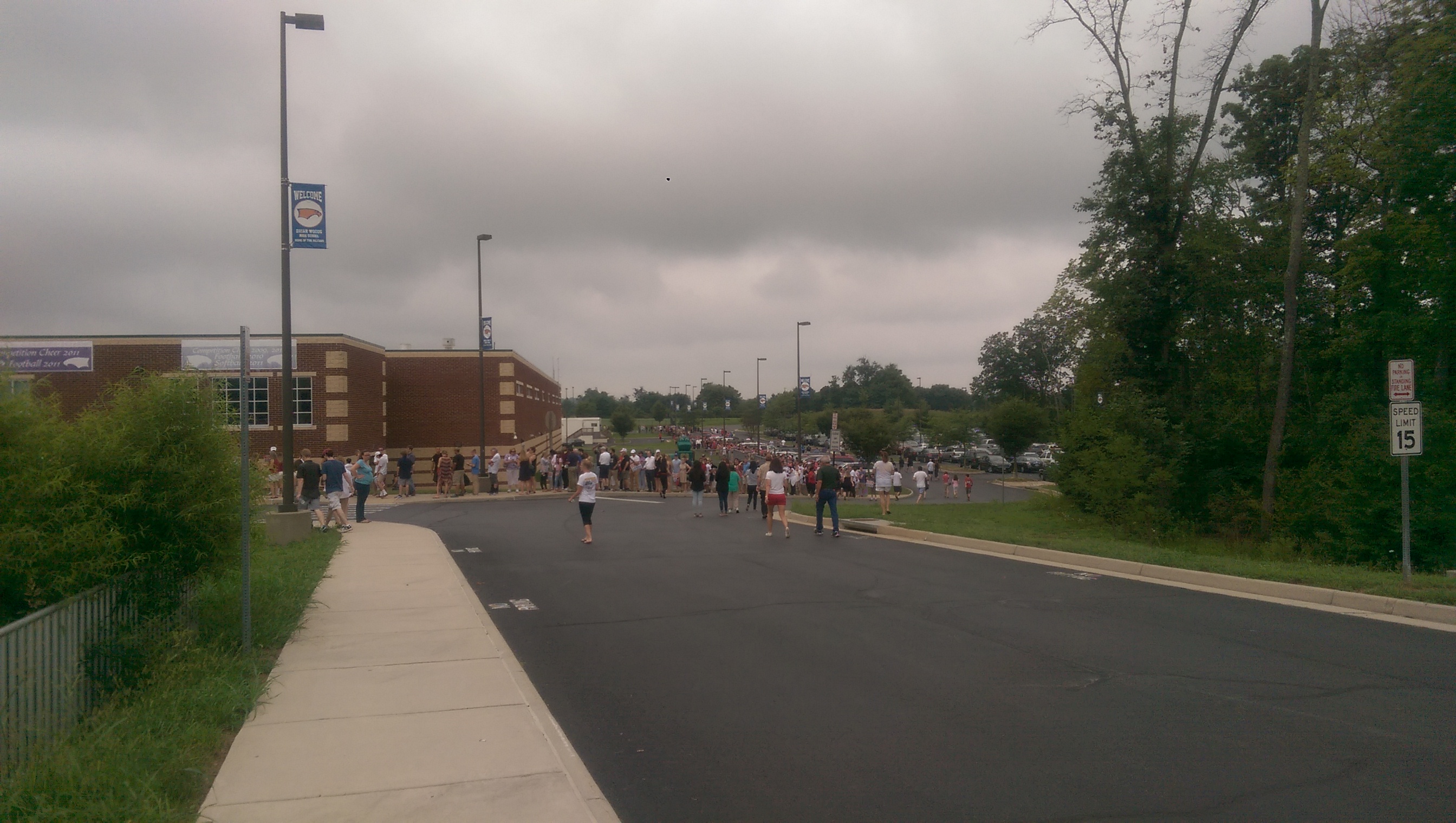 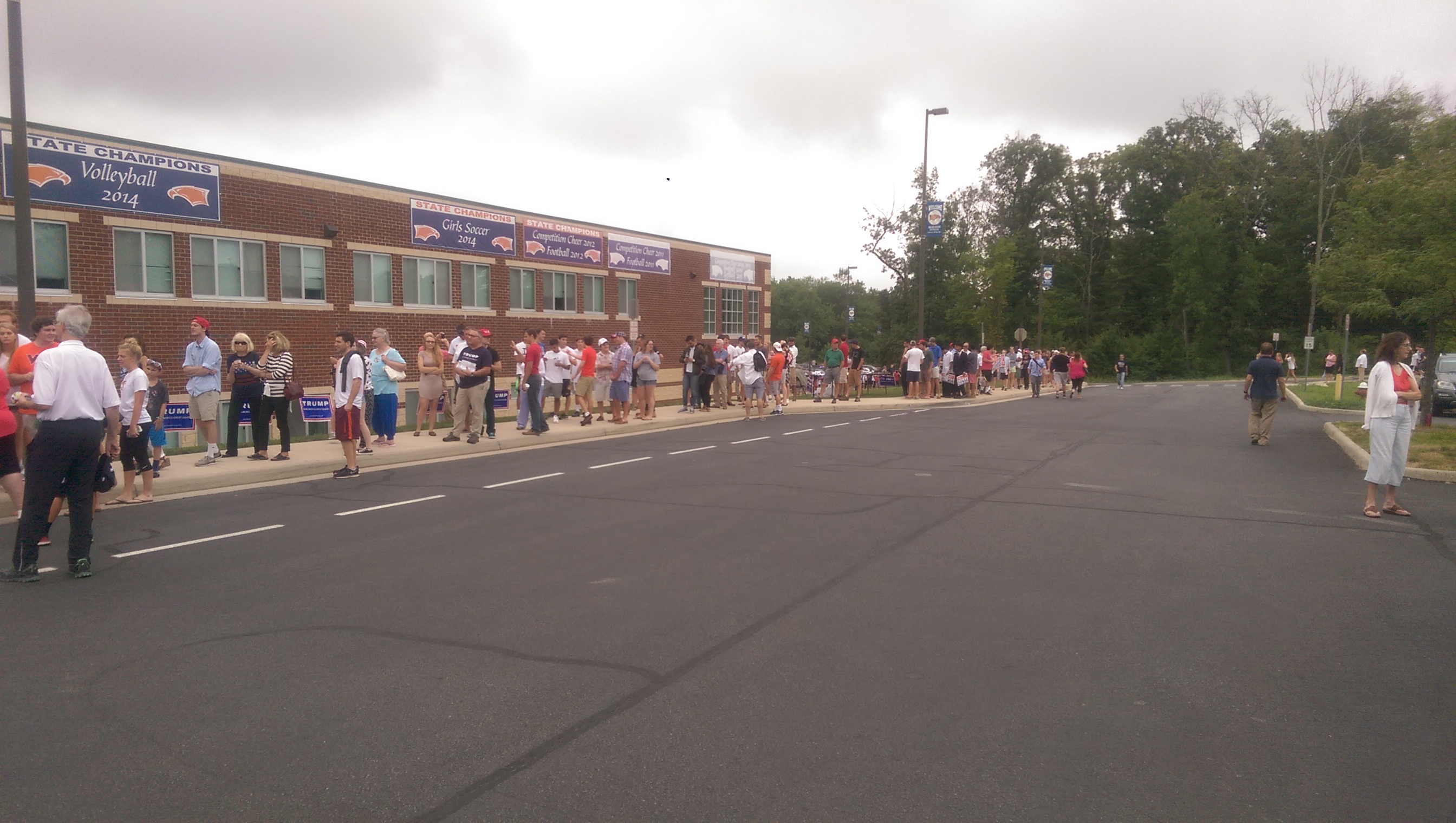 Inside, before the event the place was very active.  Tons of Republican activists from Loudoun County were in the VIP sections. 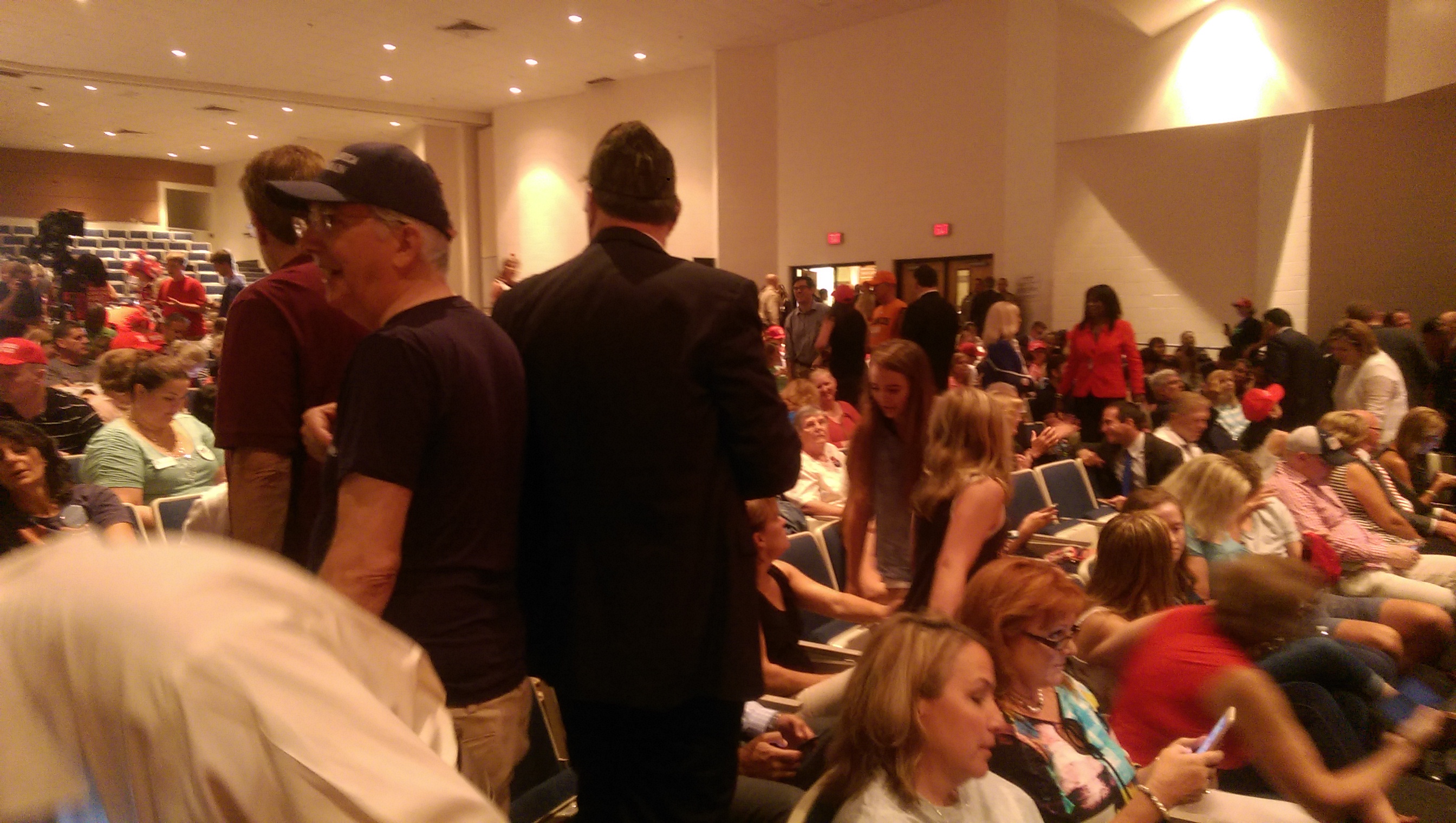 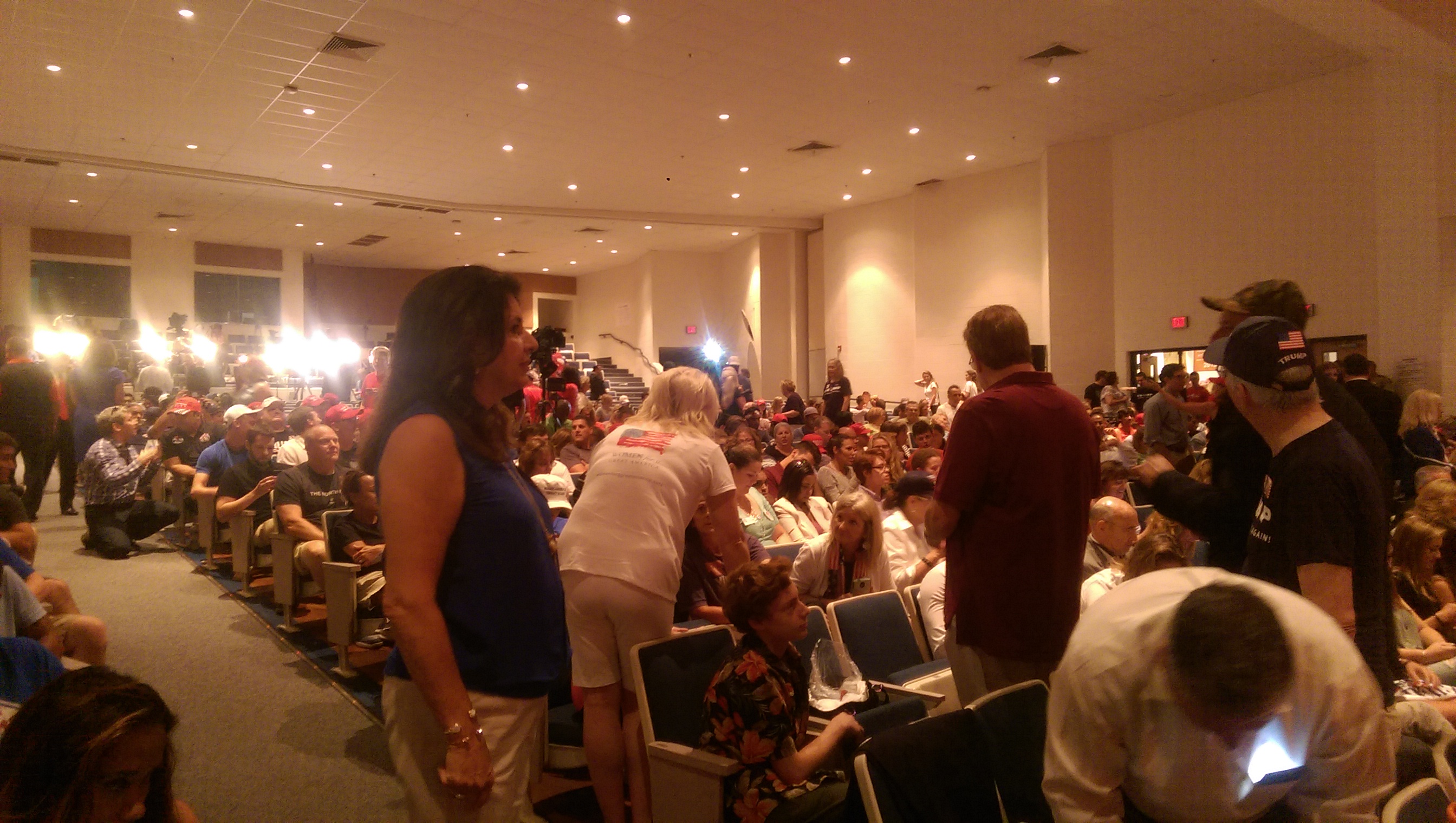 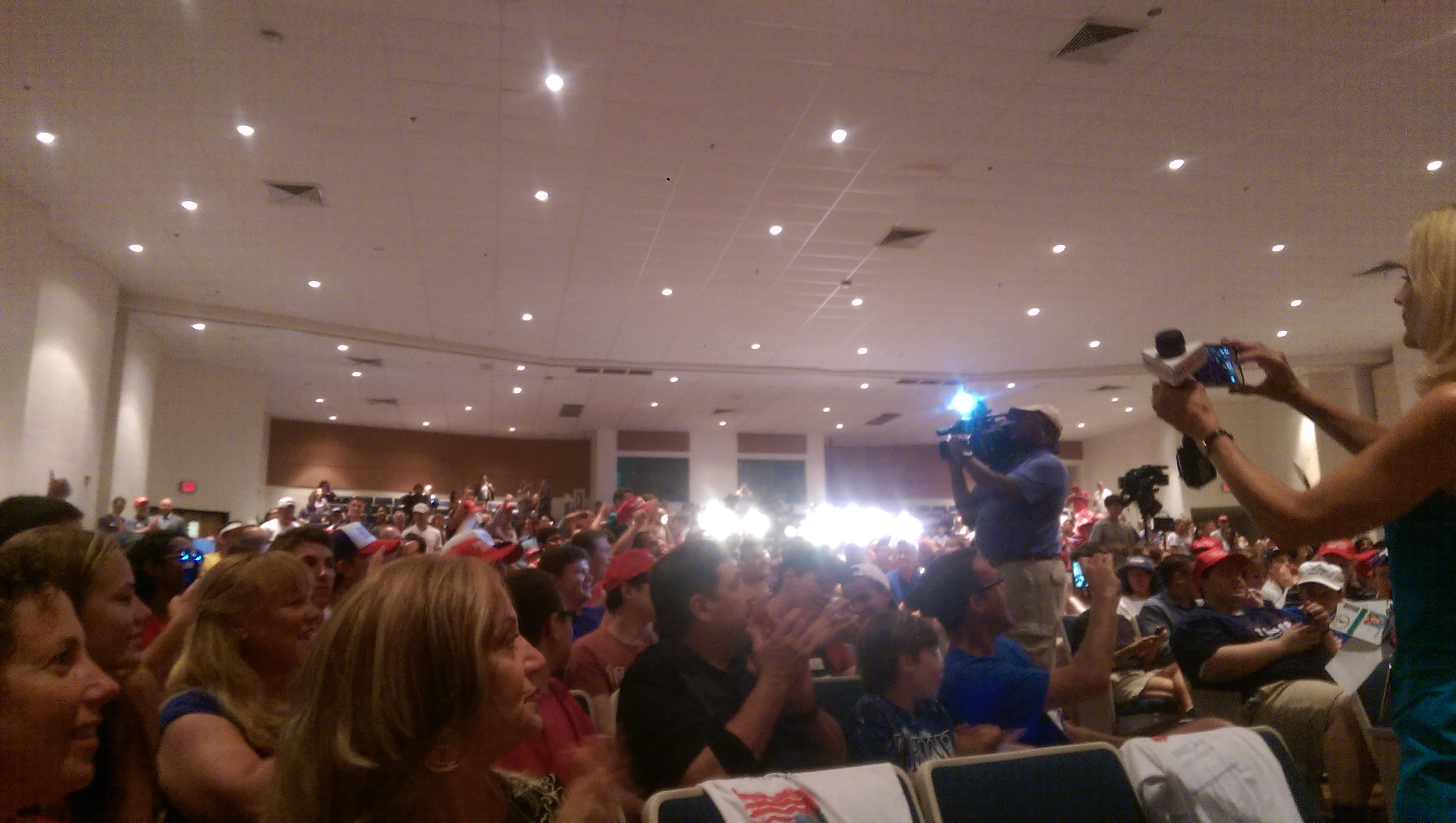 Some of us got to meet Mr. Trump: 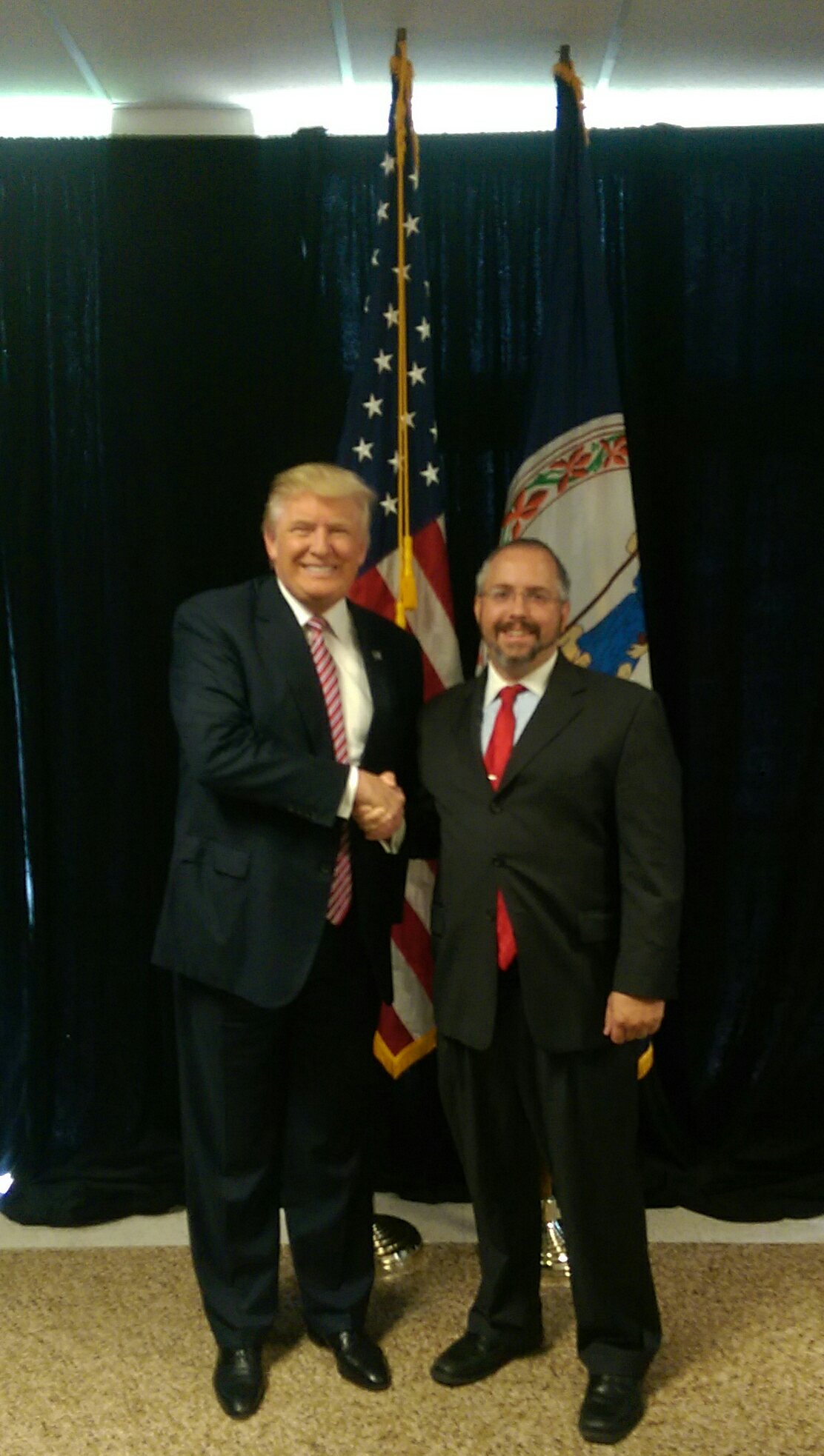 Mr. Trump’s Speech covered many topics including renegotiating trade deals, responsible asylum and refugee practices, securing our borders, strengthening the military, building a conservative Supreme Court, and many other topics.  MR. Trump’s son Eric spoke briefly.  Of course there was a nice exchange with a Lt. Col., Ret. regarding his purple heart that the media has already twisted. 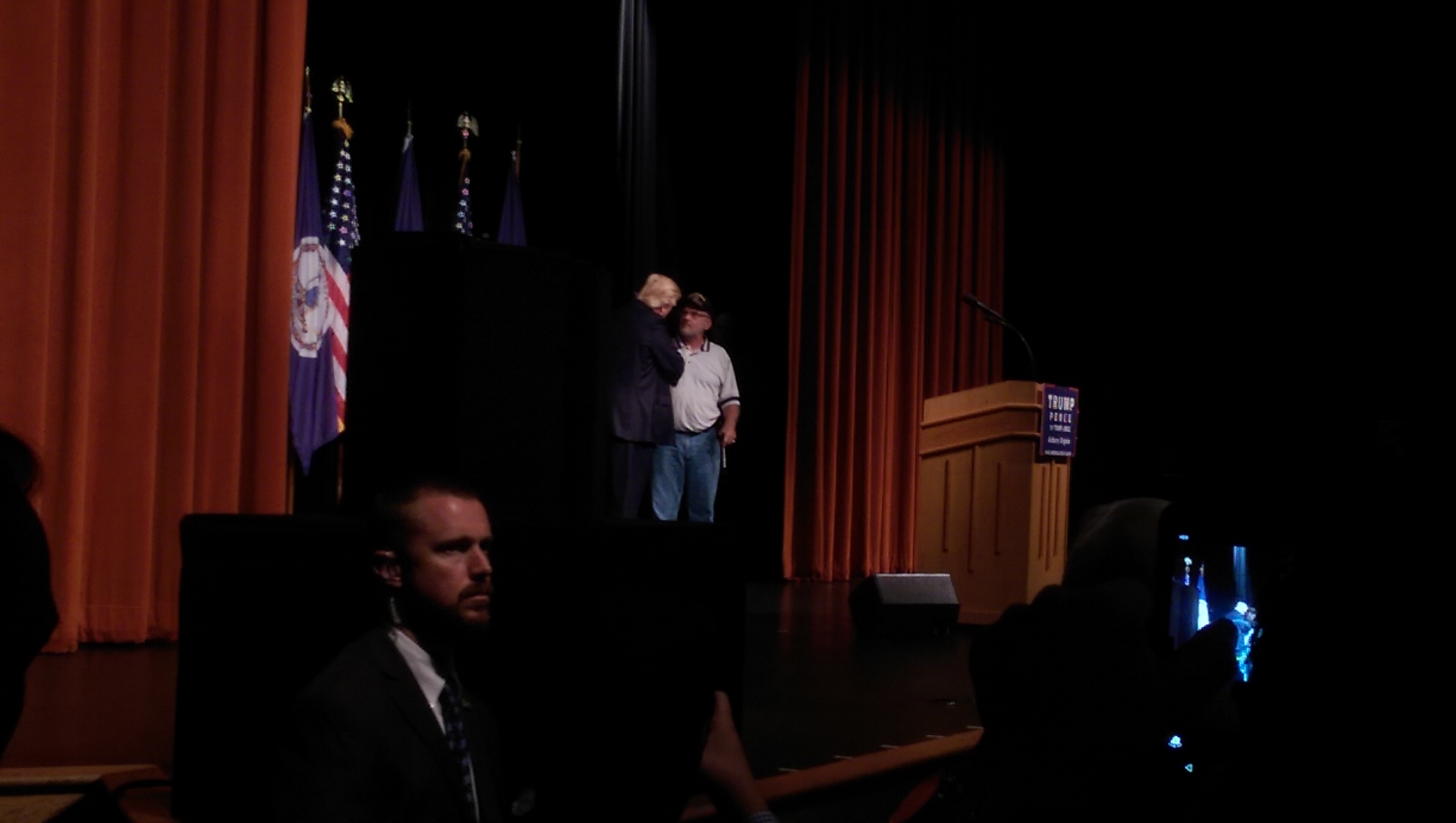 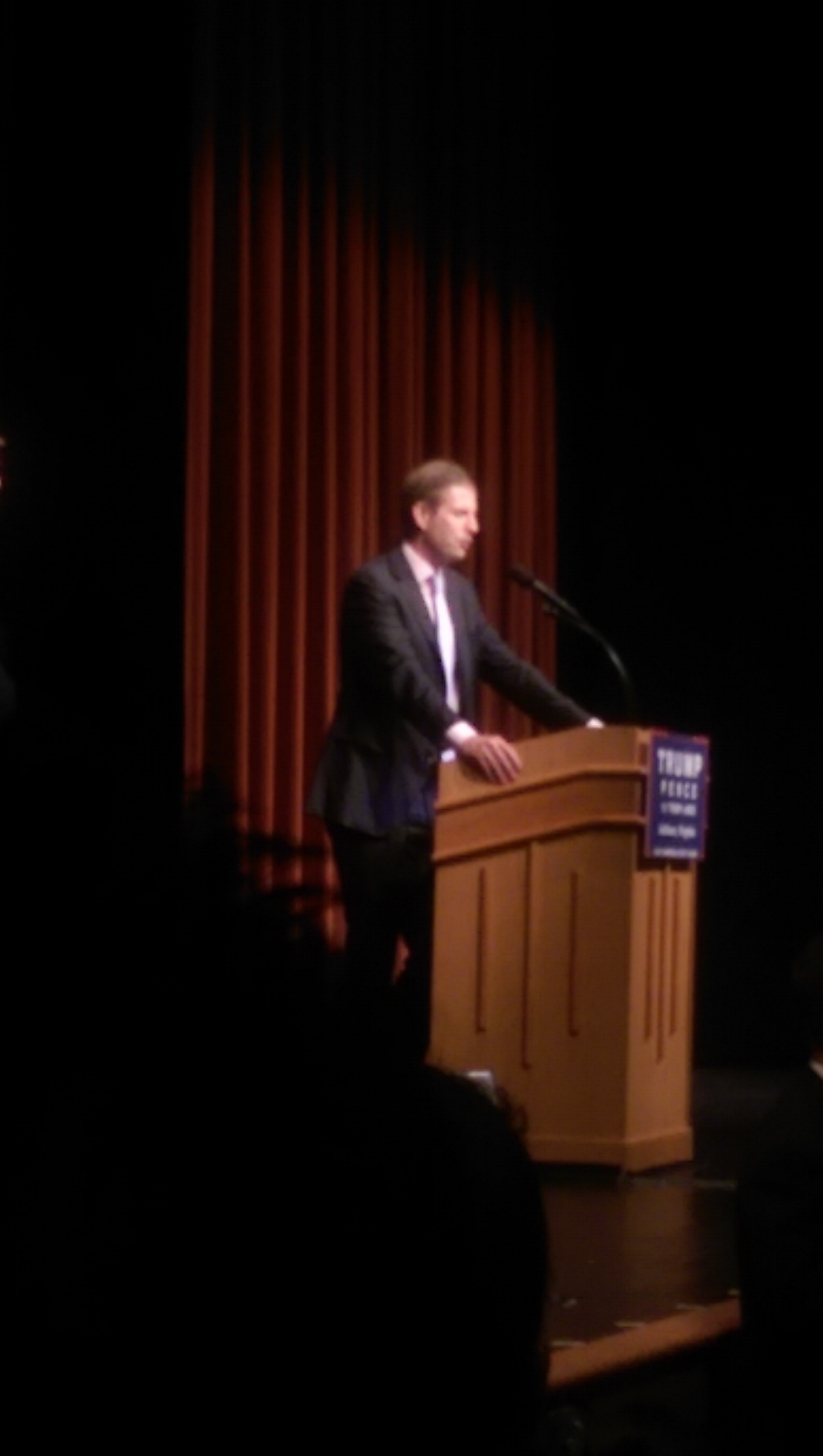 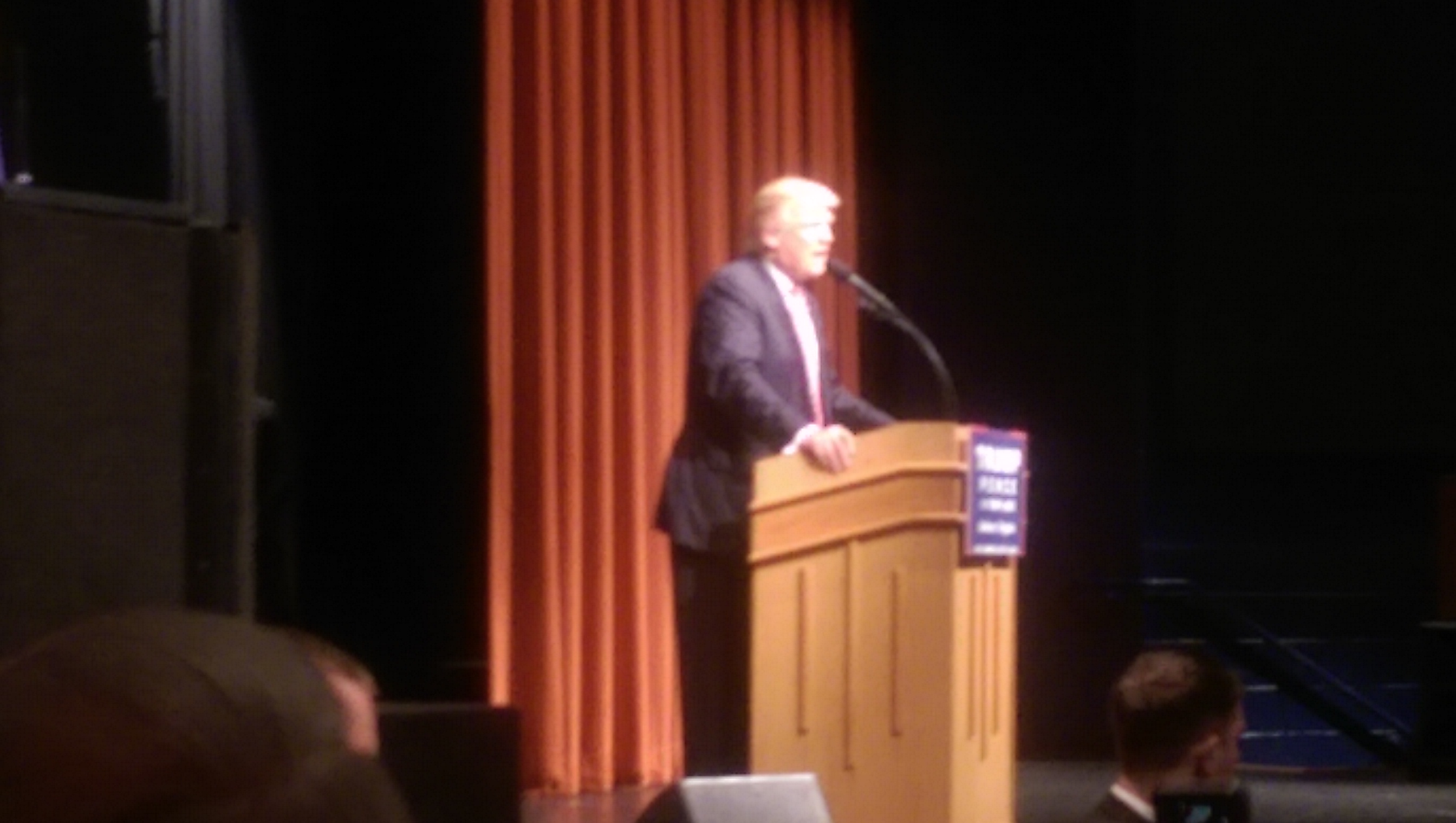 I should have taken more pictures of the crowd.  The energy was amazing.  Everyone was on their feet for the entire speech.  I also forgot to take a picture of the Marine Corps. dog who hung out at my feet for most of the speech. 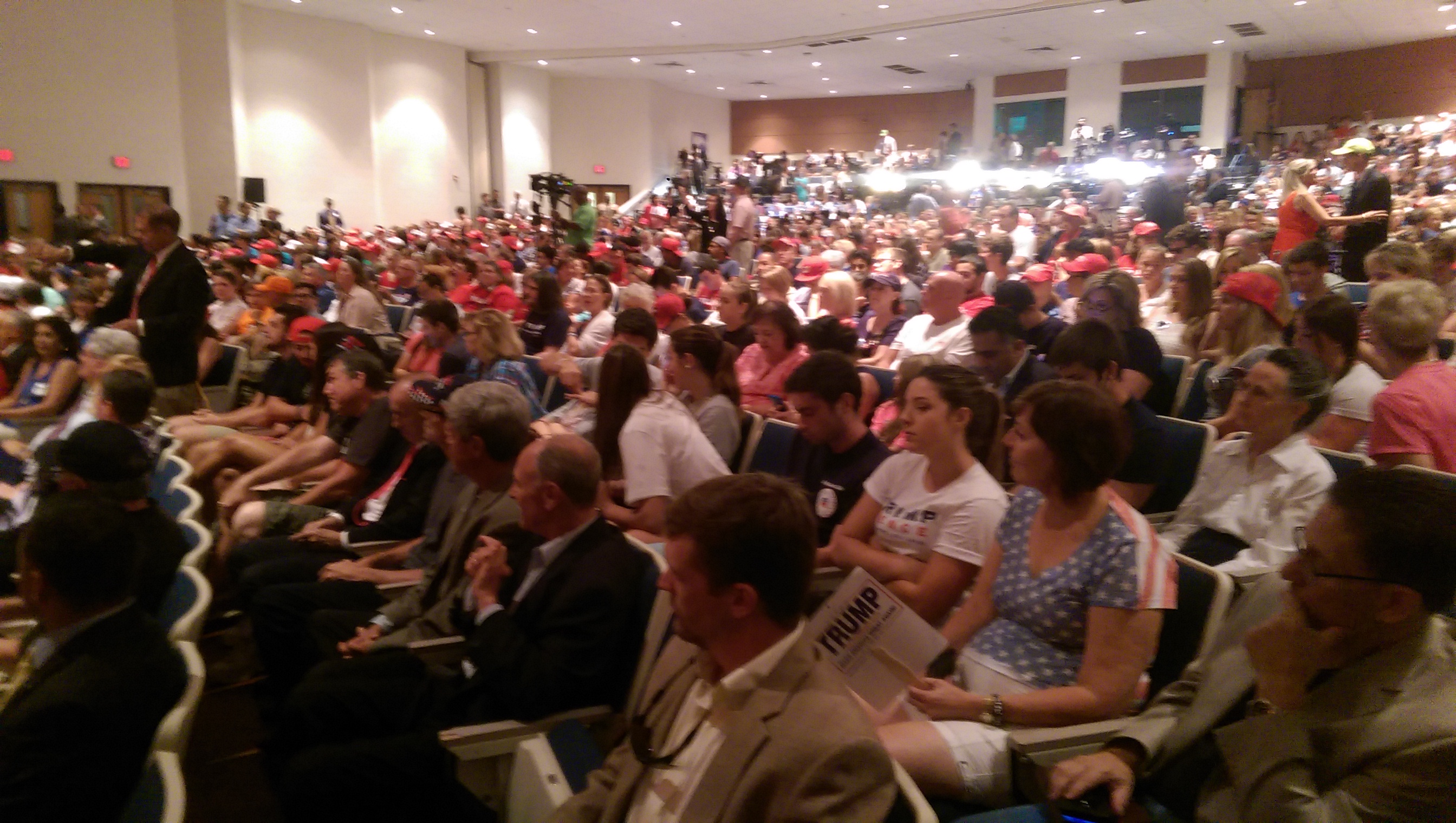 This is big.  Trump’s crowds are outdrawing Clinton’s crowds by double or more.  There is an air of confidence and competence that outdoes the media narrative when you are there in person.  This was a great event and part of a long diligent plan by the Trump campaign to win Virginia in November.  The NoVa Trump ground teams are nearly fleshed out, come join us and help put America First!