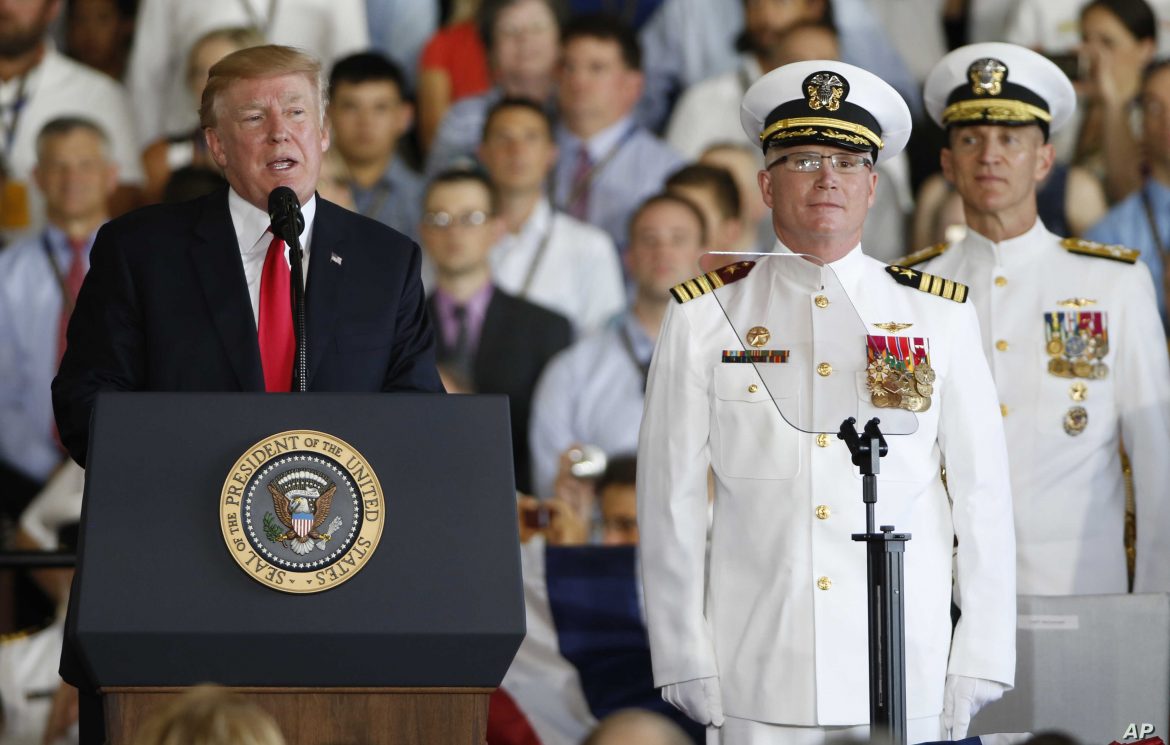 I was prompted to write this because a liberal friend posted a meme on Facebook, showing distinguished retired generals and admirals opposing President Trump’s re-election.

I noted that Trump has been great for U.S. Defense (regardless of the media hype over how he allegedly disparaged World War I vets), because Democrats cut spending when in power in Washington. Being a partisan Democrat and Trump hater, he had to retort and said spending did not decline under    Jimmy Carter, Bill Clinton and Barack Obama, the last three Democrat presidents.

However, the data shows the opposite (See chart from “Breaking Defense” magazine).  When adjusted for inflation, military spending drops or levels off under Democrats, and the GOP administration of George HW. Bush. But under Presidents Reagan, W. Bush and Trump spending increased. 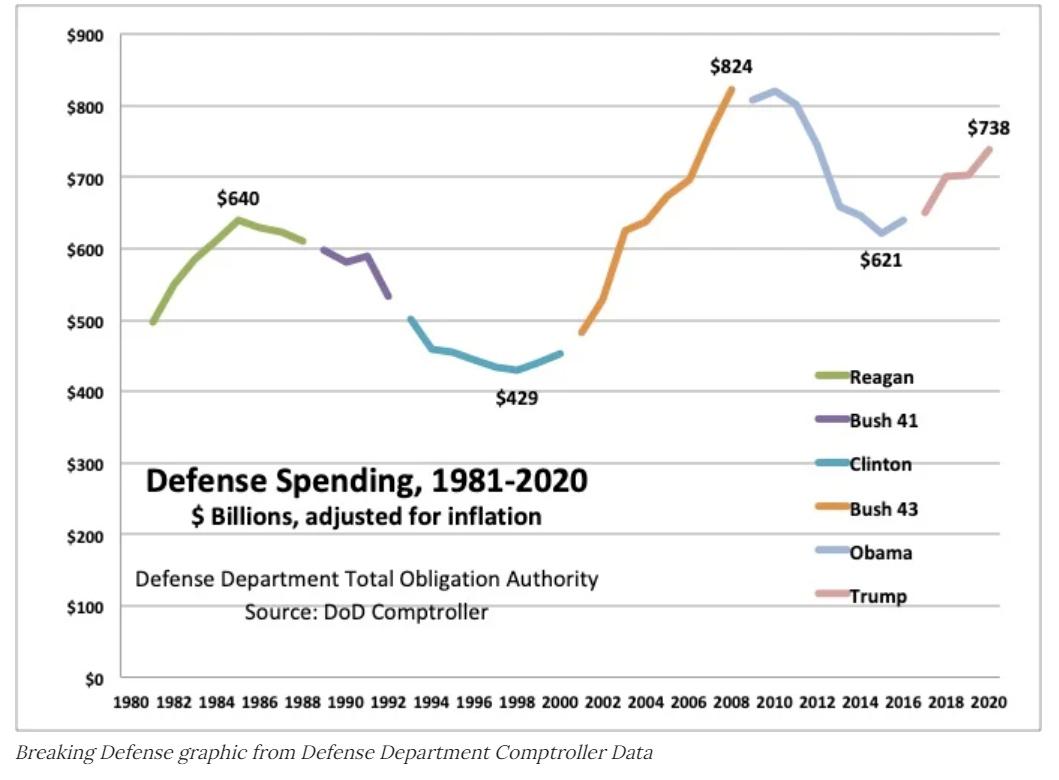 According to this 2015 article on the, liberal Brookings Institution website, Virginia is “the most defense-dependent state in the country economically—defense spending reaches some 13 percent of state output.”

Brookings goes on to note that Defense  “represents around 5 percent of national manufacturing output (not even counting arms sales abroad).

Brooking adds:  “Defense is still important to the economy, even if much less so than in earlier periods—like the Reagan era when it was nearly 6 percent of GDP, or the 1950s and 1960s when it averaged 8 to 10 percent of GDP.”

According to a July 2019 article in the  Richmond Times Dispatch,  “The $37.4 billion performed in Virginia during the fiscal year that ended Sept. 30, 2018, makes up 4.6% of the state’s gross domestic product compared with 1.7% in the nation.

“These Department of Defense contracts provided jobs for an estimated 139,483 workers in the state.

“But by using a multiplier effect, employment rose to 224,797, or 5.8% of the state’s workers. The multiplier is an economic estimate to reflect suppliers to defense contractors and local establishments where households who work at these firms spend their income.

“Defense contracts performed in the state have been rising since fiscal year 2016 when the contracts totaled $33.8 billion.

During fiscal year 2013, contracts fell by $3.8 billion and employment stalled in the state, growing only 0.7% compared to 1.6% growth in the nation.”

So, what would Joe Biden do if elected? According to Defense One, another industry publication which interviewed a variety of analysts,    “Defense spending is likely to decline or at least flat-line in the coming years, regardless of who wins November’s presidential election [due to coronavirus spending]. …. If former Vice President Joe Biden defeats President Donald Trump, the Pentagon’s $700 billion budget may be cut a bit deeper. But the biggest difference between Trump’s and Biden’s future defense budgets, many said, won’t be the bottom line of total spending — it will be how those dollars would be allocated.”

“Defense One” adds:  “If the former vice president is elected president and Democrats win control of Congress, even just a greater share of the Senate, defense spending cuts are considered more likely as they shift focus to domestic and social programs.”

Cutbacks in defense not only hurt the economy but give signals to evil dictators and terrorists that the U.S. is in retreat.  We just observed the 20th anniversary of Al Qaida’s devastating attack on the USS Cole   while on refueling in Yemen, in which 17 sailors were killed and 37 were injured.

Although the Cole crew fought back, neither the Clinton administration nor incoming W. Bush administration returned fire on Al Qaida’s bases in Afghanistan, which in my view, emboldened Osama Bin Laden to carry out the devastating attacks on the World Trade Center and Pentagon the following September, which killed nearly 3,000  Americans and launched a multi-trillion-dollar “War on Terrorism,” which we are still engaged in.

Sadly, a number of Virginia voters are biting off their noses to spite their faces in voting for Biden and other Democrats.  In essence, if they work in defense contracting, they are voting to possibly eliminate their own jobs.  So smug and prosperous are voters in Northern Virginia, where I served in local office for 10 years, that they do not repay who is buttering their bread – it’s Donald Trump and the Republican Congress.

So, Virginia will likely go into the “D” column again.  I, however, who works for a Defense contractor and found work only when Trump came to office after searching in vain for years, am grateful for this president and will not just VOTE FOR him but work to get others to elect him again.