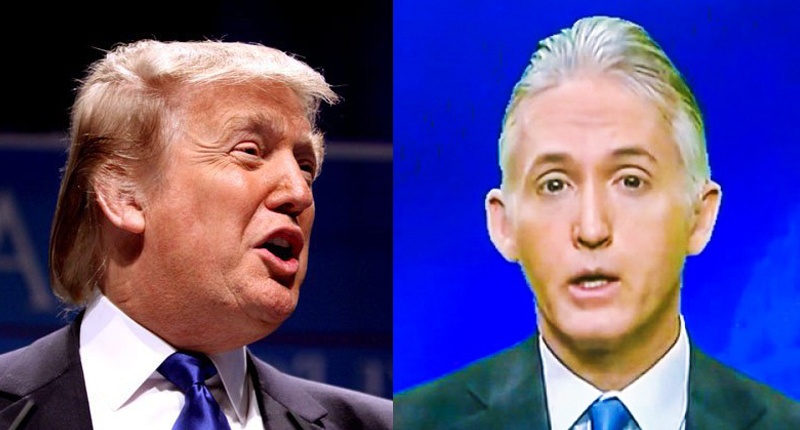 In a surprise to many conservatives, Trey Gowdy has endorsed Marco Rubio and will campaign with him in Iowa next week. Â Â Congressman Gowdy said,

â€œMarco is a rock solid conservative and a strong leader we can trust,â€ Gowdy said in a statement proved to reporters. â€œI look forward to campaigning in Iowa with him, and introducing my good friend to voters across the state.â€

“His hearings were a disaster. Everybody was looking forward to something that was going to be really productive. And he didn’t win with those hearings. It was a total not-good for Republicans and for the country,”

“I mean, beyond Republicans it was very bad for the country,” he said. “So I hope he does a lot better for Marco than he did for the Benghazi hearings. Because they were not good. That was not a pretty picture.”

“I’ve been seeing on Twitter many, many people extremely angry about the whole thing. Because, you know, Marco’s been very strong for amnesty and very weak at the border. And a lot of people are very upset with Trey Gowdy for doing that,”

In a Iowa poll conducted earlier this week, Cruz continues to lead with 40% of the vote followed by Trump at 31%, Rubio at 12%, and Ben Carson at 6%. Â In the realclearpolitics.com average of Iowa polls, Cruz leads with 3.4% of the vote.

More on Gowdy’s endorsement of Rubio here. More on Trump’s reaction to the Rubio endorsement here.Â

Trey Gowdy’s Benghazi hearing illustrates his lack of back bone. He acts like a pit bull but is toothless. When OReily interviewed Gowdy’s on his show Trey was asked would you be willing to impeach Obama. He responded by saying no because then Biden would be his replacement. And that would be worse? But if he did the same he could be impeached. Remember Spiro Agnew and Nixon. But the bottom line is Trey Gowdy’s is all mouth and just another establishment Republican.

Koch dulls the GOP politician brain. Hang wall street crooks? Well no, but we will give them 82 billion a month for a decade. Balance the budget? Sure after we push the debt to 22 Trillion. Kill Obamacare? Well, the courts said its a tax. Maybe we will pass it so we can kill it later. We are the anti-tax party. Yeah, good answer. High five. Benghazi? A show on HBO? Busted security clearance? No no no, there’s a political exemption there. Professional courtesy, you know.

Did you ever wonder why the Koch klan would back people who just can’t shoot straight when it comes to all the stuff the republicans have supposedly screwed up? Guys like Issa and Howdy Gowdy? Shouldn’t they have been supporting a Rand Paul instead of a JEB!? Are any of these game show contestants really presidential material? Doesn’t it seem like the whole party is off the rails?

Isn’t that why Hillary will be the next president and her housemate could be VP. Emails and everything else will be swept under the rug. The first true First Family in America. Better not talk bad about their dog. Or daughter. You shouldn’t interfere with destiny.

Yes… watch how the GOPe dopes like this one avoid going after Bill Clinton… these idiots will let Hillary use the phony war on women nonsense.. Did Donald Trump let her get away with this… You want to use the war on women theme? Your husband is the Generalissimo in that war.

Trump is right about Gowdy. Gowdy’s been holding these “investigations” for YEARS in Congress, and sending out teasers how big the results were/are going to be!!!! And what did we get to show for it? It was big, all right: A big, fat NOTHING!

Gowdy’s been a circus for the masses; the Establishment’s distraction for Conservatives, while the GOPe collude w/ the Dems.

Trey Gowdy is not what he seems. He and Rubio are 2 peas in a pod. When Gowdy’s record is aired, Donald will be happy NOT to have his endorsement!

I liked Rubio, but to think that he did not even bother to show up to vote against the Omnibus bill really gives me pause. I understand that he misses a lot of votes. It reminds me of Obama’s voting record.

I agree Kathleen. It was a huge eye opener for me when Rubio did not vote on the Omnibus bill.

I always thought that Trey Gowdy was smart so it was a huge letdown with all the drama leading up to the Benghazi hearings that it fell flat.

I don’t think Gowdy’s endorsement will do anything to move Rubio up in the polls.

I liked Rubio, but to think that he did not even bother to show up to vote for the Omnibus bill really gives me pause. I understand that he misses a lot of votes. It reminds me of Obama’s voting record.

6 of one, half-dozen the other — both will eventually be included out.

Ever the self-absorbed blowhard, Trump has trashed and alienated almost everyone in sight … Hispanics, women, fellow candidates, Muslims, immigrants, and many conservative Republicans. Who will be left to support this bomb-thrower come election time. Will his ego even fit into the white house?

It won’t have to. He looses to every democrat in every scenario. Any supporting trump should just skip to the end where they support Hillary going to Penn Ave.

Not a scenario where the Dems, or GOPe or Patriots, adhere to the Constitution about presidential eligibility.

You have it backwards. The establishment has used that ruse for the last 60 years. Don’t run a conservative because the Demcrats will win. Remember the McCain, Romney, Dole, the second Bush Sr., term? The only reason McCain got over 30% was because of Palin. If an establishment candidate is nominated, we will have Hillary. The establishment loves to trot out the Democrat boogie man and all the party runs to support the establishment candidate.
As for the two Bush’s, the first ran on the Reagan legacy and when the ole read my lips was exposed he lost. The second won primarily because of the boogie man Clinton and then remained for a second termof because of 911.
There is now only one party and that is run by competitive syndicates, one is the R the other a D.
The establishment progressives are traitors to the constitution and parasites on the working man. I for one will vote for a conservative. If one is not on the ballot I will vote for a third party or the Democrat. I will vote for the Democrat because the existing Republican Party needs to become a truly second party or implode. The Republicans are hurting us more than the Democrats, just look at the latest spending bill.
Trump is my candidate and Cruz is next.

Not according to Rasmussen today… even heat with Hilary.

We will find out!

I know the left wing press, the Democrats and RINOs hat Trump. Which do you consider yourself, airblazer?