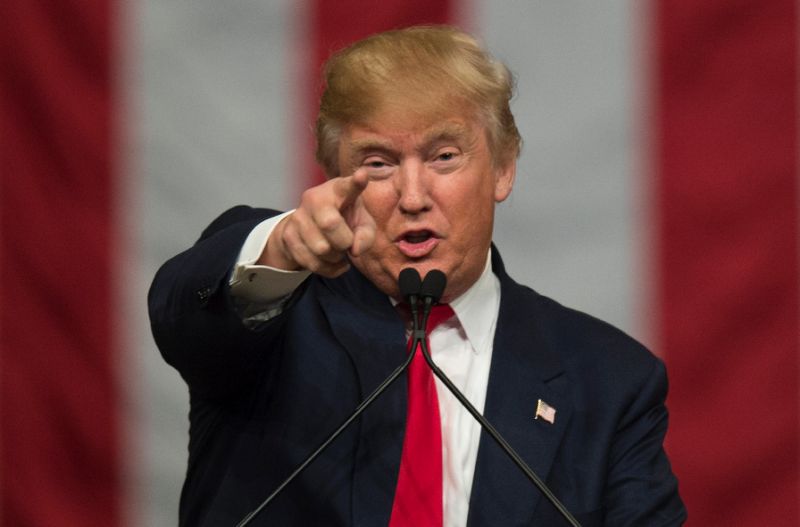 President Trump wants an up or down vote on his health care plan on Friday or it’s over.  The President will move on to other important issues and there will be no further effort to repeal Obamacare.

On Thursday evening Office of Management and Budget director Mick Mulvaney said the President has finished negotiating on the health care bill. From NBCnews.com:

A senior administration source confirms to NBC News the “very definitive, very clarifying” message from the president and the administration’s intention to move on — should the health care bill fail to move forward — to other matters such as tax reform, trade and border security.

If the bill does not pass, the president would see it as “people in Congress breaking their promises to their constituents to repeal and replace Obamacare” even with a Republican president in the White House,” the source told NBC News.

As of Thursday night, at least 31 House members still intend to vote ‘no’ on the bill, more than enough to defeat it. Most of the 31 are members of the conservative Freedom Caucus.

Will Trump’s threat to leave Obamacare in place convince enough members of the Freedom Caucus to vote ‘yes’?  That remains to be seen. At this time Congress is hoping to have a mid-day vote on Friday.

Trump says Congress must vote Friday or we are stuck with Obamacare was last modified: March 24th, 2017 by Jeanine Martin

The “we are stuck with it” is an idle threat and I believe President Trump knows that. The Obamacare Exchanges are financially collapsing (I believe there are only two left) and they will be in effect gone during his first term, the insurance industry’s major players are withdrawing from the program altogether (which is their prerogative), the Obama administration’s proposed insurance bailout plan has been rejected by Congress and is unlikely to be reconsidered this session (or ever), and all our dysfunctional Republican Congressional majority really needs to do to topple it this month if they wanted to is remove the mandate language from the bills text and instruct the IRS to no longer collect any non compliance penalties (otherwise it’s going to take a little longer to implode).

A bill of about 50 words or less would accomplish this. With that the whole thing collapses in on itself. It might not be a neat pile but a broken pile non the less. It’s certainly not the best way to revoke a bad bill but sometimes doing nothing really has consequences and this is one of them. If Congress and the administration holds firm on doing nothing while the collapse is underway something I’m confident they CAN manage as “doing nothing” seems to be the Republican Congressional majorities’ specialty. As for all the chest thumping by conservatives on doing away with Obamacare, get a grip on reality it’s a dying entity as it is and all that is being proposed is to put it out of it’s misery and not stupidly replace it with something just as bad or worse. Hardly super hero stuff.

Conservatives need to vote down the insanity that is Trumpcare and demand Paul Ryan come forward with a full repeal of Obamacare. If he refuses, then there needs to be a move to replace him as speaker.

Trump needs to stop pouting about conservatives not bending the knee for his establishment bill that keeps Obamacare in place and actually do what he promised to do.

I think it might be time for Paul Ryan to go, regardless of the result today.

Trump’s job is to sign the bill and generate support for it if he chooses to do so. In its current state, the bill isn’t effective, efficient, or even conservative in approach. It doesn’t deserve anybody’s support.
The president’s actions are his setup to blame shift and walk away from a campaign promise.

The proposed bill won’t cut it. Let Obamacare, if they won’t do the full repea, implode under its own weight. In the meantime, just don’t enforce its taxes and regulations. This could very well have been the plan all along; entitlements are seemingly impossible to get rid of.

There are still many reasons to be optimistic about the agenda proposals of Team Trump. However, the entire GOP needs to govern like it is the majority. Some days, you’d never know it with the stunts the dems pull in Congress and in the Judiciary.

This statement by Trump is consistent with his “Art of the Deal”. If you can’t make it happen, then walk away.

I like his timeline…the legislature in this country is out of practice since O went around the body with executive order. Time to make a decision and get something done for a change.

This is often repeated by both Democrats and Republicans, but it isn’t true. In fact there are several very good Republican plans; been there for years. The problem today is that none of them can be enacted through the reconciliation process (if we follow the rules) and nobody believes Ryan’s three step process is going to work… too much kicking the can down the road with promises that probably won’t be kept in phase 2 and 3.

The only real solution is to behave like Democrats and ignore the filibuster rules. After all, the entire Obamacare law, arguably the biggest new law in decades, was rammed through Republican opposition by using the reconciliation process to get around senate filibuster rules. Why can’t the Republican replacement bill be done exactly the same way. I think we are eventually going to see that happen. Democrats have already set the precedent.

Democrats have abused the filibuster process whenever they found it necessary. Reid expanded that practice a few years ago when he blocked any filibuster of federal judges. So now McConnell has threatened to apply the same logic for Supreme Court nominee Gorsuch, since Schumer announced he will filibuster Gorsuch, without even the slightest credible objection to his nomination. Yes, there was a day when filibusters were helpful to buy time for more debate, but today the filibuster is used for pure obstructionism to thwart the majority, which is why the Congress has become so useless in recent years. It’s time to get rid of the filibuster and let the majority govern. The Obamacare repeal and replace would already be done if Ryan wasn’t so concerned about how to get legislation through a senate filibuster.

7 years to work on this and we get nothing. – with Obama in the WH, the GOP focused on obstruction instead of progress. With the ACA, the GOP focuse on repeal instead of repair. They never attempted to offer fixes or alternative, only repeal.

Now, Trump says the house has to take this bill that was rushed to develop without any resembleance of an attempt to uncover the real needs and problems in the ACA? What a crock – all lead but the idiots Trump and Ryan – if they don’t get a fix for the ACA, it is their fault

Where will the Trumpkins go?

I was glad that there was a puppy in the White House, but what will happen to Paul Ryan now?

It won’t be pretty.

Everything, everyday, from Trump and his “water boy” Ryan has been a lie. Press Sec. Spicer looks like an idiot everyday trying to the defend the indefensible.

On another note. I would like to point out something on the SCOTUS nomination that is largely being overlooked.

What’s funny is that I saw Trumps “water boy”, Paul Ryan say “we are a nation of laws” on CNN during a town hall a couple months ago. And then, Wall St.’s SCOTUS nominee, Neil Gorsuch says nobody is “above the law”. Well, what about those over 11 million lawbreaking illegal immigrants in this country? I bet they could not stop laughing at “water boy” Ryan and Gorsuch.

Nobody is above the law, except those millions of Republican cheap labor workers with their free healthcare plans, who vote and breed Democrats. Just look at NOVA.

Again, your character — or more accurately, the lack thereof — shines through.