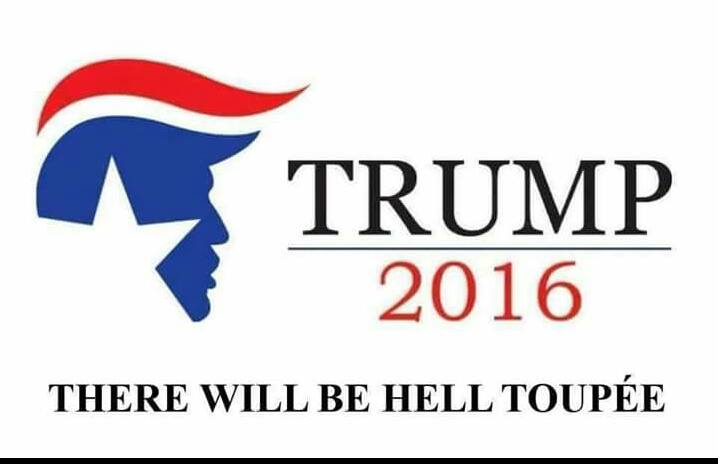 IF TRUE, THEN GOOD FOR HIM.  Politico is reporting that, apparently so people will take his campaign more seriously (and to remove a line of attack for the upcoming debate), that Donald Trump will pledge to support the GOP nominee and not run an independent bid for the White House:

“[A] close associate said Trump has decided to give the completed pledge to Republican National Committee Chairman Reince Priebus during a meeting at Trump Tower shortly after 1 p.m. today. Trump is scheduled to hold a news conference on an unspecified topic at 2 p.m.”

That’s the right move for Trump, and for the Party.  If this pans out, I take back my criticism of the effort to secure this from him, which in hindsight will have proven wise; even if the pledge is unenforceable, it creates a public opinion hurdle for Trump should he try to go back on his word.

It is pretty silly for GOP establishment types to call Trump “no conservative” (in Spanish no less.)
What have they done for conservatives in the past two years? NOTHING. I was particularly incensed when they acted like the Surrender Monkeys they are on Obama’s absolutely and fatally illegal executive amnesty, passed his budget, funded everything he wanted.

Having control of the Senate and the House has gotten us absolutely nothing. Why are we electing Republicans if they aren’t going hold the line on the budget, on amnesty, on something!

If Trump signs it, it’s because he is now confident he will win the Republican nomination.

That is dead true Jeanine… He is leaving Bearing Drift’s boys in the dust. But wait… Eric Cantor is going to be Bush’s chairperson in VA… It will help to have the future Speaker of the House helping Jeb… oh wait.. that’s right Eric had a little problem on his way to the Speakership… called Dave Brat..

“…it creates a public opinion hurdle for Trump should he try to go back on his word.”

LOL. You think so? You say that after you’ve connived to let GOP Congressmen go back on their word that they would oppose Executive Amnesty and attempt to repeal ObamaCare?

This blog started off well, but it is descending into farce. It’s sad, Steve. perhaps a testament that the Virginia GOP is indeed in its death throes. I think you’ve tried, but it’s not working.

…what? Are you talking to me? I think you may have me mistaken for someone else.

It’s possible I was mistaken, Steve. I’ve stopped reading blogs every day like I used to, after most of the writers of blogs I read went silent on CRominbus, the reelection of Boehner as Speaker, the cave to Executive Amnesty, attempts to repeal ObamaCare, the Trade Authority vote, and most recently the failure of even a single Virginia Republican Congressman to sign on to the resolution to defund Planned Parenthood.

BTW, Jeanine’s been keeping the faith here. You should give her a raise.

Six columns in 8 months, most of which never mention a Virginia Republican Congressmen by name? I assume there must be a few more, but…

As I said, I’ve been lax in my blog reading, but honestly Steve, it doesn’t look like I missed much.

Your post was about Trump’s agreeing to sign pledge to support the GOP nominee and not run an independent bid for the White House. Fine. Now where are the blog posts calling out our Virginia Republican Congressmen — by name, just like Trump — for lying to us — deliberately and intentionally — about those issues I mentioned? Maybe I’ll read here more diligently and watch.

Thank you! We are Virginia’s conservative blog and happy to have you here!

Yes you are Virginia’s Conservative Blog!!!

GOP doesn’t need any more turncoats, RINOs got that market segment sewn up