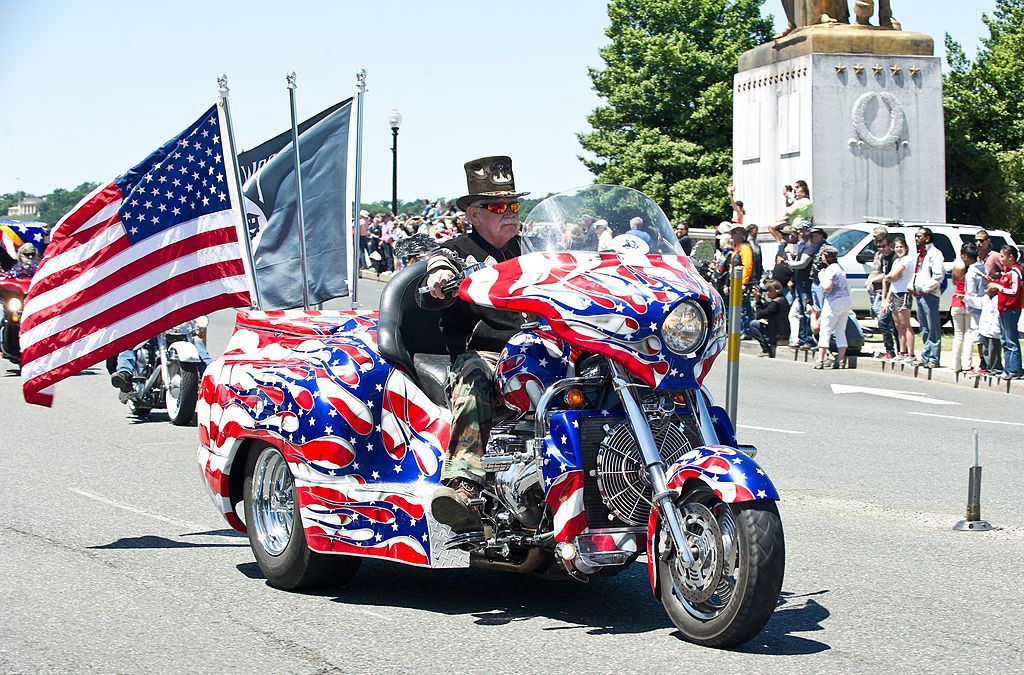 For the 29th time Rolling Thunder is rolling into town for Memorial Day weekend.  On Sunday, beginning at noon, approximately 900,000 motorcycles from across the nation will participate  along with thousands of people who will line their parade route and cheer them on.  The weekend schedule for Rolling Thunder is here.

Bikers for Trump is an active group who frequently show up at his events.  It’s no secret that Trump is very fond of his biker supporters.  It’s not surprising that Trump has decided that he will be a part of Rolling Thunder and attend the event on Sunday.

“I am doing it in honor of the great bikers who have been totally supportive of my campaign and now I want to be supportive of them,” Trump said in a statement to Bloomberg Politics. “I look forward to it!”

More here.   More details of times and events on Sunday here and here.

Trump Will Attend Rolling Thunder Rally on Sunday was last modified: May 28th, 2016 by Jeanine Martin

Trump’s coming to Washington to honor the troops while Obama is doing his Japan apology tour.

I saw more than a few of them heading north on I-95 this morning around Richmond, great Americans! Those Rolling Thunder bikers are awesome, and just traveling up 95 is a feat in of itself (particularly on a weekend like this). Godspeed to them all

We’ve seen quite a few of them out here in western Loudoun. Great Americans!

Show your support for the ONLY candidate that wants to, and WILL, ‪”Make America Great Again”