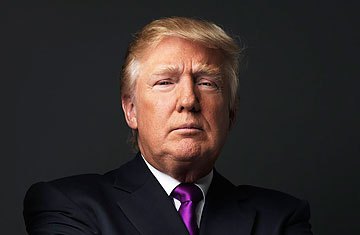 Trump will win in November.

Every survey in the United Kingdom foresaw a different result.  Like I’ve said for 18 months: the globalist elitists don’t see it coming.

Those in charge never see a movement — until it is too late.  Their life is a bubble, well isolated from the daily angst of working class Americans, their communication ringed in a revolving echo chamber.  Who has time to mingle with the peasantry?

The British rejected their entire political ruling class and ignored all the so-called experts’ projection of pending doom in voting their country back.  In Rome, the new mayor was elected on a reform anti-ruling class platform with 64 percent of the vote.  Iceland’s new president is a former history teacher with no government experience who ran against the entrenched ruling political class. In fact, the top ranked Icelandic politician garnered an anemic 13 percent of the vote.

The U.S. middle class, once the thriving backbone of our nation, is now the forgotten class. They have no advocate. Until now…

Follow The Money
Many believe the financial and political systems in this country are rigged to their permanent exclusion.

The international cheap labor slave trade network, that has gutted our manufacturing sectors and crushed working class Americans by shifting their jobs around the globe and importing foreign workers at substandard wages, just took a huge hit with BREXIT.

It’s only the beginning of a global sovereign revolt against the elites in political and financial power.

It was Rome and Iceland in the spring. It was U.K. last week.

It will be America in November.

The Wall Street and Silicon Valley globalist-one-percenters are in total shock and denial.  Their ultimate end game is to dissolve the British pound and eradicate the Central Bank of England, which represents the last meaningful financial competitor of the top five U.S. banks in the western hemisphere.

Remember the “too-big-to-fail banks” and the TARP taxpayer bailout, sold to beleaguered and hapless taxpayers as a way to disseminate financial power and insure that the financial collapse of 2008 would never happen again?  Instead of getting smaller, the biggest five banks took the money and gobbled up most of their regional and local competitors.

This is a subset of the coming political revolution in America.

The largest five banks in the U.S. now control almost 50 percent of the industry’s total assets: JPMorgan Chase, Bank of America, Wells Fargo, Citigroup and U.S. Bancorp.  The remaining half is divided up among 6,504 other institutions.  The big five don’t want to compete with the central bank of England.

It’s easier to compete in Europe with one financial entity – the Euro banking system, which is comprised of private banks.  Central government banking systems – like England’s – can be too powerful.  If the UK’s “Remain Faction” had won, the clamor to replace the pound with the Euro would have been swift and deafening across Europe.

Average people are finally recognizing that the unholy alliance of big banks, big business, global corporations, the U.S. Chamber of Commerce and their elite political enablers now threaten their very way of life.  Together, they scour the globe in relentless search of cheap labor.

Why do you think Hillary Clinton won’t release her Wall St. $250,000 speech transcripts?

The battle in America is no longer ideological.   It’s Washington and Wall St. elites vs. working people.  This is the cornerstone of Donald Trump’s movement in America.

Trump is likely to be on the right side of human history come November 8.

John, what proof do you have that Trump has been a friend of the blue collar worker in the last 50 years? Give us some examples of works, instead of words?

Trump himself thought very highly of polling when he was up in the polls. Now that his poll numbers are in the toilet, not so much.

If the polls really are getting it wrong, its probably because they’re using voter models from previous elections.

Polls of “likely voters” could very well be inaccurate because I think a lot of unlikely voters will be showing up for this election.

And a lot of likely voters will be staying home because they don’t like their choices. Trump supporters are definitely more motivated.

Wow, this is some next level satire right here, nicely done.

They are what they are.