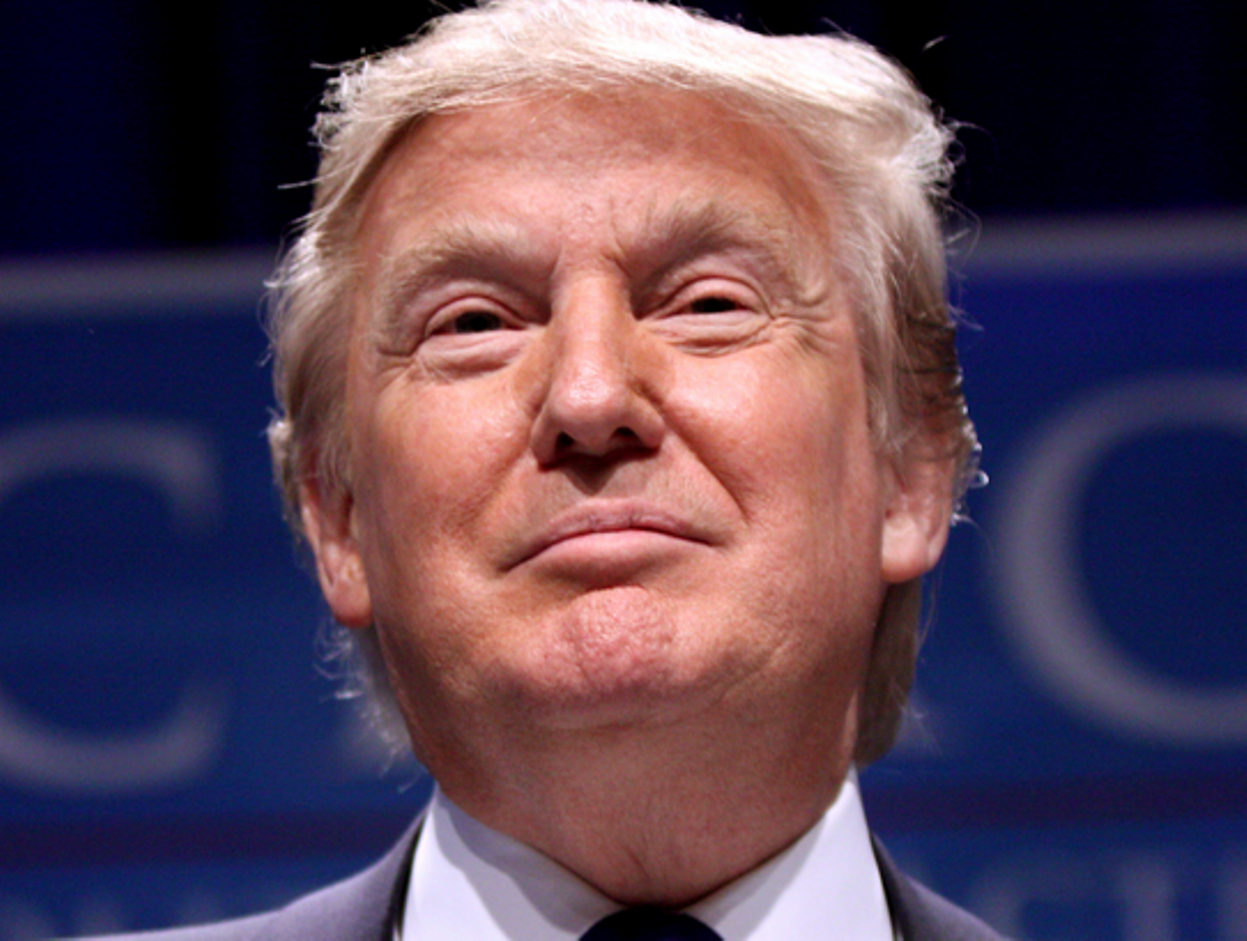 Donald Trump has never been more popular…….with people who love Donald Trump. It’s everyone else the Trump Campaign is worried about. Of course, if the Trump campaign is worried, it is a fact which is not shared by Trump or his supporters. Completely unconcerned with his recent poll implosion (and there are reasons not to be concerned, as many of these polls are rigged) Trump and his supporters remain on offense – not against Hillary, mind you, but against any Republican who fails to fall in line.

Yesterday, conservative icon Tim Huelskamp, a House Freedom Caucus member out of Kansas, lost his seat to a moderate ally of former Speaker of the House John Boehner. Huelskamp didn’t lose because the establishment out foxed him. He lost because he never got on board the Trump Train; and there is only one way to deal with people who refuse to get on the Trump Train. You take them out.

In response to Represenative Huelskamp’s loss, sitting State Central Committee member, Ron Hedlund quipped on Facebook ,”What happens to nevertrumpers”. Accused of celebrating the loss of one of the most conservative members of Congress, Hedlund argued that he wasn’t celebrating anything, but was simply stating the facts, which is true.

Freddy Burgos, on the same Facebook thread concluded from Huelskamp’s loss, “A clean House is a good House for the next President of the United States, Donald J. Trump”. Again, not quite celebrating, but clearly these gentlemen feel absolutely no regret at the loss of a conservative leader.

This is because the Donald Trump movement is an apolitical movement. It has nothing to do with conservativism or liberalism. It has everything to do with Donald Trump. So long as Trump is Trump the people who love Trump will love Trump and he really could shoot a man in Time’s Square and he wouldn’t lose a single supporter.

The RNC is absolutely apoplectic over Trump’s refusal to endorse Paul Ryan and John McCain who are in tight primaries. Trump has also been critical of New Hampshire Senator and TEA Party fraud, Kelly Ayotte, saying, “You have a Kelly Ayotte who doesn’t want to talk about Trump, but I’m beating her in the polls by a lot.” Fox News.

Speaker Ryan must be in shock. The way politicking works, is that when the Speaker of the House endorses your candidacy, you endorse the Speaker of the House. One of the most lovable things about Trump is that he couldn’t care less about how politicking works. Making jokes about Purple Hearts, taking shots at Gold Star families, and bitching about babies are just a handful of Trump’s recent anti-politicking faux pas. Endorsing the leaders of the Party which nominated you for a job as President of the United States simply isn’t how Trump rolls.

Donald Trump and his supporters are a fascinating bunch. Though they merely represent a minority of the country, they wield unbelievable power. The Eye of Trump is still fixed on Frodo (aka. Senator Ted Cruz). When Cruz runs for reelection, Trump and his supporters will be there to see that he’s defeated. The question is, if Donald Trump does take power, how bloody will the purge which follows actually be? Will anyone critical of Donald Trump survive?

I wonder, after the Trump Never Trump War of 2016, will there be much of a Republican Party left to fend off the Democrats, who, in case everyone has forgotten, is also on the ballot in November?

Despite all this, I’m still voting for Trump. I can’t imagine a world where Hillary Clinton is President. I don’t want to discover what that is like.

I figure we get him elected and then piece together coalitions of conservatives and moderates to protect the party from Trump’s supporters. When Trump signals to his people that he wants a good Republican taken out, we rally together to protect them, be they conservative or be they moderate. The only response to an agent of an apolitical purge, is an apolitical defense.

We need to prepare.