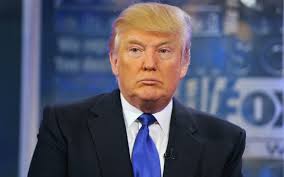 I think all the candidates, with the exception of Donald Trump, proved worthy of being our nominee.