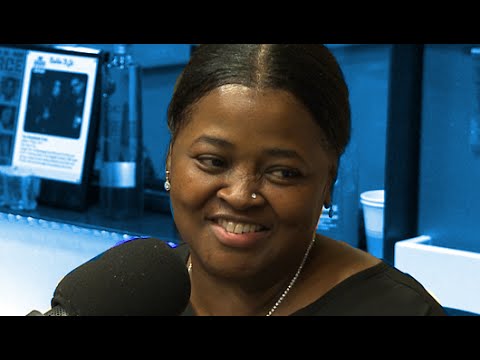 In the political lexicon a “Sister Souljah moment” is when a politician attacks a part of his traditional voter base in an effort to appeal to the center.

This campaign tactic has been employed in campaigns for the last 200 years, but the tactic got its name in 1992. Arkansas Governor Bill Clinton decided to employ the tactic with the purpose of creating some distance with the Jesse Jackson wing of the party and by doing so appeal to the moderate Democrats, or what we might call the Reagan Democrats.

Sister Souljah was a black rap star, and civil rights activist, who in an interview with the Washington Post wondered, “… if black people kill black people every day, why not have a week and kill white people?”

Now, the Washington press corps didn’t demand that Democrats condemn her comments, after all she was not a white nationalist, rather she was a civil rights activist. Her voice was perfectly legitimate.

However, Bill Clinton saw his opportunity and denounced her words as extreme and divisive. By doing so he was able to distance himself from the Jesse Jackson wing of the party. Clinton could show that he was a different kind of Democrat. The tactic worked.

But the mainstream media missed Donald Trump’s Sister Souljah moment. It took place on October 6, 2015. In an interview with Bret Bair of Fox news,

In the interview, Trump described President Bush as a “disaster” and he went on to say that entering the Iraq War was “one of the worst decisions ever made.”

I don’t think it’s too much of a stretch to say that on Oct. 6, 2015 Trump won the Presidency or at least won the Republican nomination. Referring to the Bush administration as a disaster and the Iraq invasion as a bad decision was exactly what Republicans wanted to hear from a fellow Republican.

By going after Bush Trump created some distance with the neo conservative wing of the party and he appealed to independents and moderate voters. It worked.

I am convinced that most Republicans realize that the Iraq war was a disaster, but Republican presidential candidates didn’t want to say it. They adopted the Sean Hannity strategy, never criticize a current or former Republican President.

But Trump remembered Aesop’s Fables and like the children observing that the Emperor had no clothes on, Trumps calling the Iraq war a disaster made him appear to be plain speaking and frankly sane. He was just saying what most Republicans already believed. Which again gave the impression that he was not a Washington politician.

The neo conservatives, led by Bill Kristol and his magazine “The Weekly Standard” pushed the Iraq war. Sadly, President George W. Bush went along and ruined his Presidency. As an aside, I heard today that Kristol was poo pooing the idea of a tax cut. He claims that, unlike the Iraq war, it can’t get done.

If Ted Cruz had beaten Trump in declaring the Iraq war a disaster he might today be President Cruz.

I thought Trump’s sister was an attorney and a judge. Besides, that woman looks like an improbable candidate to be Trump’s sister.

DACA is a bad idea.
We had a DACA child here in Lynchburg, Va. He attended Schools in
Jersey and New York before be placed here. He did not reunite with family.
He went on to drop out and was one of the killers of Raymond Wood earlier 5 his year.
They cut off his hands, cut his throat then pulled his tounge out.
A President Trump said; “the DACA Childers are near and dear to his heart”
Is Trump trying to be the best international President?
What about America First?
When will we break the cycle of the next President is even worse than the last?
Oh yea, Remember Trump?; lying Ted, Lying Ted?
Of the illegal immigrants Trump said; they are all going home.
Lying Trump, Lying Trump?

“I am convinced that most Republicans realize that the Iraq war was a disaster.”

Whether Republicans “realize” (believe) that the Iraq war was a disaster is questionable.