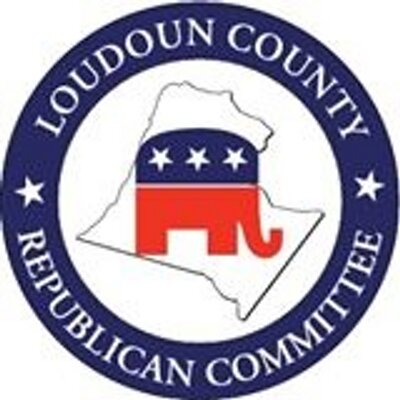 On Monday the Loudoun County Republican Committee made history.  For the first time ever, the Committee removed its endorsement of a candidate based upon their voting record.

And that is just the beginning.  But a very good one.

Lovettsville Town Councilman Mike Dunlap, had, based upon his pledge to support a 2nd Amendment Proclamation, received the endorsement of the LCRC at the January Meeting.  At that meeting, while he expressed his concerns over a version of the proclamation, he committed to working with members of both the LCRC and the Virginia Constitutional Conservatives, to craft an amended proclamation and support it.

However, that is not what he did.

Instead Dunlap took portions of a revision, and heavily watered down its support of the 2nd Amendment without consulting anyone.  Including elected members of the Lovettsville Town Council.  Councilman Dunlap then ‘Pearl Harbored’ those sitting members with his version demanding they support it the very night of the vote. Realizing Dunlap’s tactics, the Town Council, quickly defeated his watered down proclamation and passed, with grammatical corrections, the original resolution in front of a crowd of nearly 100 2nd Amendment supporters.

Conservative activists lead an effort to remove the endorsement of a candidate who would not stand up against the gun grabbers in Richmond, and they won.

By a vote of 36-32, the LCRC chose wisely not to have the first 2020 candidate with their endorsement be one who does not have the guts to stand on principle and defend the right of the people to keep and bear arms.  And it was very telling by the votes of members of the Committee, whether they grasp the new reality of politics in Virginia, or not. We have this vote on video and can tell who voted what way.

As we watch the Revolution in Virginia, started by the people and of the people, the Republican Party must understand that the politics of the past are in the past.  That the people now demand strict adherence to the founding principles of our Republic, and the past tactics, of surrendering to the radical left, are over.

We are at a crossroads.  The voters in over 94 counties have demanded that their elected servants refuse to compromise and instead fight against the authoritarians in Richmond who are attempting to rip away our constitutionally protected rights.

Unless the Republican Party discards its past policies of appeasement and half measures, Virginia will be doomed to Democrat rule for the next decade. The battle has changed, the people realize this, and demand their candidates refuse to compromise.

The vote Monday night at the Loudoun County Republican Committee was a strong indicator of this.  The conservative voters will no longer support the lesser of two evils, but only champions who lead the charge from the front.

And if the Republican Party of Virginia does not grasp this, there is no chance of taking back the House of Delegates, and perhaps the Governor’s Mansion.  We are engaged in a political war, one in which we simply will not tolerate any Benedict Arnold’s. I highly encourage all conservatives in Loudoun County to join with us in this fight, and fill out the forms to join the LCRC at this link, and help us restore the Republican Party of Virginia to its constitutional roots. (You may attend meetings and join Loudoun Republicans at any time. Meetings are usually the last Monday of the month.)

Now is not the time for half measures, compromise or watered down efforts.  And this fight requires every patriot in Virginia takes ownership of their own individual liberty and God given rights.  For as Monday night showed, if you are waiting on the politicians or the political class to save you, we are all lost.

The vast majority of the old establishment guard voted to endorse a candidate who refused to stand for the 2nd Amendment, because they are friends or he had helped them in a previous election.   This is the ‘good old boy’ network. But the new members, those who joined the LCRC not out of the desire for personal political gain, but rather the desire to restore Virginia, fought and won.

And if you want to see our Commonwealth restored and your individual liberty and the right to keep and bear arms protected, we ask you to join us. For if not you, then who?  And if not now, when?