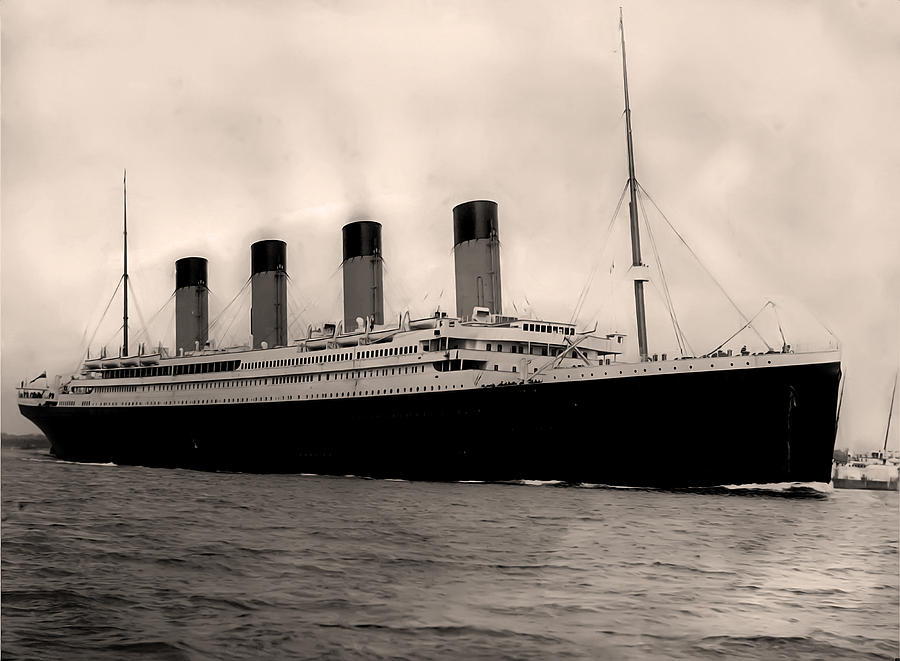 The Titanic famously sank when its crew failed to turn the ship away from an iceberg they had spotted in the dark of night. The great craft was too big and was traveling too fast to avoid a collision in the distance available. Its momentum1 prevented the turn that might have saved it.

“Momentum” is often used to describe some seemingly unstoppable movement, person or issue on the political scene. Pundits and politicians speak admiringly of “The Big Mo” when they refer to something (or someone) that seems to be riding an irresistible tide.

Such a movement, during the spring of 2007, was the “comprehensive immigration bill.” A bipartisan Senate coalition, working closely with President Bush’s people, was determined to enact it. Pundits and politicians from both parties confidently predicted passage in late May, but amendments and procedural objections stalled it. After the Memorial Day recess, work resumed, and passage was again predicted on both sides of the political aisle, despite clear indications that a sizable majority of the public was unhappy with it.

The ducks were all in a row. It would happen. The American people were getting an in-your-face lesson on who is really running things, and what we could do with any mickey-mouse objections. (A crude expression from the old neighborhood comes to mind, but I omit it for the sake of delicacy.)

“Trust us. The country needs this,” we heard from Senator Ted Kennedy (D-MA), Senator Lindsay Graham (R-SC), President Bush, and various others. But the people were not buying. The Senate’s “Titanic” was going to hit the “iceberg” of the public’s will at full speed, and no power on earth seemed capable of stopping it.

But a furious debate over the bill arose in the print media and on talk-radio – despite the best efforts of the legislation’s advocates to keep the lid on. Probably no legislation in history was so thoroughly sliced, diced, chopped, culled, plowed and massaged. Within days it became clear that many senators had not read the bill and had no clear idea of what was (and was not) in it.

Talk-show hosts and callers showed that they had read it and that they knew better than its creators what it did and didn’t do. In one hilarious incident, a talk-show’s callers showed an embarrassed Senator McCain that he was misinformed about newly legalized immigrants paying back-taxes on wages they had earned while they were still illegal. (The Bush administration had quietly pulled the provision from the bill’s final version without the senator’s knowledge.)

Proponents of the legislation tried mightily to characterize critics and opponents as racists and xenophobes who were meanly opposed to immigration. They denounced Americans for unfair treatment of the willing workers who are “just doing the jobs Americans won’t do” – the hackneyed line that ignores the ugly truth that illegals are really doing jobs at rates of pay Americans won’t work for.

Opponents argued that the bill would reward lawbreakers with citizenship and was thus patently unfair to legal immigrants who had played by the rules. Others showed how politicians’ promises that the borders would at last be controlled were not borne out by the bill’s provisions. Obscure provisions were examined – like “family inclusion” that would let millions of new immigrants enter on the coattails of those legalized in the new amnesty.

Despite the vigorous debate, the Senate’s Titanic sailed serenely on. On June 26, sixty-four senators voted for amendment cloture – four more votes than needed to stop addition of further amendments and allow the bill to move forward. This signaled to its advocates that the battle was won: the bill would cruise on to Senate passage; the House would pass a version of it; a joint committee would reconcile the versions; and Mr. Bush would sign it into law. Victory was assured. The Titanic would crash through the “iceberg” of the public’s distrust and talk-radio’s “hatemongering” (and this time the Titanic would prevail).

And then, something miraculous happened – something that can happen only in a land of free people. At the last minute, the great legislative ship turned and avoided the collision that might have led to anarchy, violence, and ruin. In a stunning political reversal, eighteen senators moved from “Yea” to “Nay” over three days. The Senate failed to cut off debate and clear the bill for a final vote. The June 29 cloture motion failed, 46-53. The Titanic had turned.

How the “turn” happened will rank in American lore alongside the story of the “white-collar protesters” who stopped the hand-recount in Broward County, Florida, in late November 2000. Thousands of citizens telephoned, wired, e-mailed, faxed and posted their displeasure with the immigration bill to senatorial poohbahs, until switchboards were jammed and both virtual and literal mailboxes were stuffed full.

Ohio Senator George Voinovitch felt “intimidated” by the vehemence of the calls and messages. Senator Trent Lott complained that talk-radio was “running the country.” Others grumbled about constituents’ unaccustomed intrusion into the clubby, secluded Ivory Tower of the World’s Greatest Deliberative Body. Columnist Rich Lowry called the uproar “The Phone Call Mutiny.” Senators had received a hands-on lesson in republican democracy, as We (da Pipple) seized the controls and turned the Titanic before it was too late.

One of my old profs liked to say, “For every complex problem there is a solution that is simple, elegant and completely wrong.” The illegal immigration situation is like that. After that robust public debate on the Senate’s one-size-fits-all “solution,” it should have been clear that the illegal immigration mega-problem – i.e., (a) upwards of 25 million illegals already here, including unknown numbers of criminals and possible terrorists; (b) porous borders across which thousands more stream in every day; and (c) a corrupt business/government collusion that lets illegals find work – will require a deliberate, piecemeal approach and some time to fix.

We won’t solve this mess with one “comprehensive” bill that merely normalizes the status quo and gives the borders a lick and a promise. The People have shown that they won’t stand for it. And the debate has shown that the Senate’s bill was one of those “simple, elegant and wrong” solutions that my prof talked about.

Politics is a blunt instrument, not a surgical laser. Thousands of citizens calling and e-mailing Congress won’t “solve” a problem any more than passengers can collectively run (and steer) a ship. That is why we have republican government, where our (hopefully) wise representatives address complex national problems while working for us. Some of them forgot that last part in mid-‘07, but citizens clarified senators’ minds on the point.

It’s time to stop fooling around with “comprehensive,” ineffective solutions and get to work solving a very tough problem in manageable pieces. We are certainly smart enough to do this. The clock is ticking, and the People are watching…