And then there were two: Brat vs. Cantor

GOP House Leader, Eric Cantor, was facing two conservative primary challengers this June before the announcement today from Pete Greenwald that he is pulling out of the race. 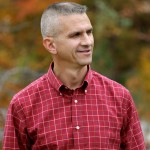 Pete Greenwald was the first to announce his candidacy against Eric Cantor. Greenwald served 25 years in the Navy and then continued to serve and invest in our future as a high school teacher in Chesterfield County. He announced today that he was withdrawing from the race and throwing his support behind Dave Brat, an economics and ethics professor at Randolph-Macon. Both these men have almost identical values and political views.

Greenwald cited finances and “boots-on-ground” support as the reason for his withdrawal. Many of my friends knew Greenwald and respected him greatly for his passion, conviction and service. I, myself, frequently retweeted his great statements. I know he has gained the admiration of many in the tea party and grassroots for his willingness, once again, to sacrificially serve his country by stepping aside and not splitting the vote. He is a man of great godly character. You can see his letters to his supporters below.

As of this morning, I have made the decision to end my run for Congress. In October I announced my candidacy to challenge Eric Cantor for the 7th Congressional District of Virginia. Defense of freedom and love of country compelled me to run and speak truth in an effort to restore our Constitutional Republic.

In November, we held our first rally. Since then I have had the opportunity to meet many of my neighbors and to speak at several Tea Party as well as county GOP committee meetings. With your help, I also established a strong presence on the internet via Twitter and Facebook. Conservative and Christian talk radio allowed us to reach an even greater audience. Through it all, I am glad God gave me the opportunity to provide a clear, bold, Christian, Conservative, Constitutional voice in this primary.

I am especially grateful for my supporters who spent countless hours in the cold days of January, February and on in to March in a never-ending winter collecting the signatures needed to file. I also thank God for my wonderful wife Anne, my biggest supporter over the last five months. She faithfully served next to me coordinating your efforts, traveling with me across the 7th District, and successfully reaching out to various media outlets. Although we met our goal for signatures, we do not have the “boots-on-ground” and financial support to move forward.

At this moment in our history we the people – all Americans – face a Constitutional crisis and must rally behind true conservatives who understand that God grants us our rights including our right to life, liberty and the pursuit of happiness and that government exists to secure those rights. We must rally behind men and women of courage who will keep their oath to support and defend our Constitution against all enemies foreign and domestic. Together we must return our federal government to the limited, defined, and enumerated powers of Article I, Section 8.

As I end my run, based upon my deep devotion to God, family and country I recognize and endorse Dave Brat as a true conservative who must defeat Mr. Cantor. I applaud him for his efforts, and I pledge to do all that I can to help him in his campaign. I ask you to do the same. I believe this is the best way forward to secure the blessings of liberty for generations to come.

In closing, my thoughts turn to Patrick Henry, our fellow Virginian and patriot who stated, “It’s when the people forget God that tyrants forge their chains.” I pray that We the People – beginning with my fellow Christians and Patriots – would once again place our trust and hope in a sovereign God and NOT in government. ”

Yours in Christ for liberty and our Constitutional republic,

Dave Brat now has the field clear and 74 days to make this a competitive race. It is going to be tough taking on Eric Cantor – no doubt about it – but I believe the passion and interest exists to make this a competitive race. There are still some questions unanswered. Will the business owners and executives who are not happy with Cantor have the fortitude to donate to his opponent, Dave Brat? Will the tea party and conservative grassroots learn from their success at the Henrico Mass Meeting and gather statewide financial support and door knocking/phone banking volunteers to challenge Cantor?

And then there were two: Brat vs. Cantor was last modified: March 27th, 2014 by Jamie Radtke

Pete is a fine man and Patriot

On behalf of the Greenwald for Congress Campaign Thank You Jamie

On behalf of Virginia conservatives, thank you Pete Greenwald! It takes a good man to set his pride aside in order to achieve a greater goal.

We need more Greenwalds in the state of Virginia! Perhaps this way we could finally start winning elections. Very much commendable, indeed!