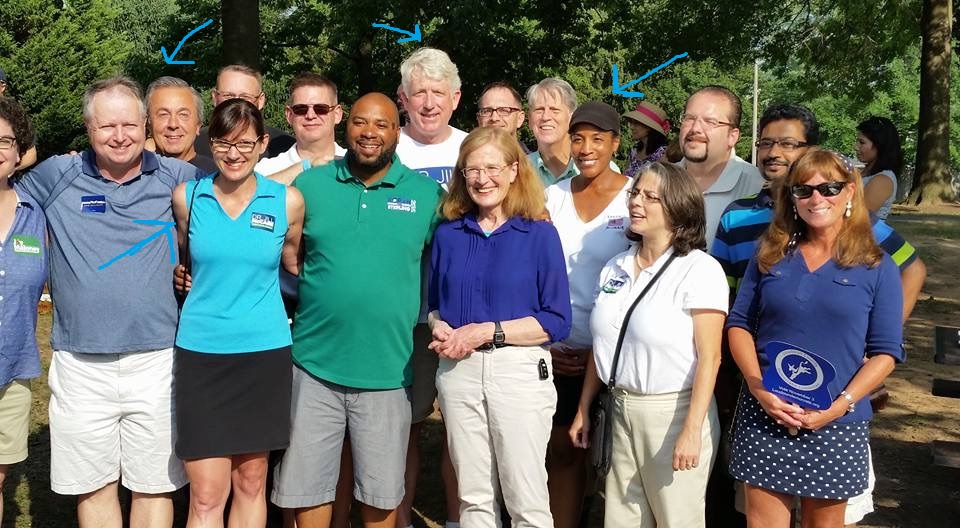 One of the top races to watch in Northern Virginia this year is the Loudoun County Chairmanâ€™s race.Â  Prior to yesterday, the candidates were Democrat Incumbent Phyllis Randall and Republican Challenger John Whitbeck.Â  But yesterday afternoon former Loudoun School Board member Bob Ohneiser, a Democrat, announced a run for Chairman as an independent.Â  Needless to say, Randall was in full panic mode when she heard the news.

If you live in Loudoun you likely know the history of the Chairmanâ€™s race in 2015.Â  The Republican nominee and Independent candidate canceled each other out and Randall was able to win with only 37% of the vote.Â  You can imagine how worried Randall was when the situation suddenly was reversed on her in 2019.Â  She even went so far as to try to rewrite history and say somehow that Ohneiser was a Republican, posting this on Facebook: 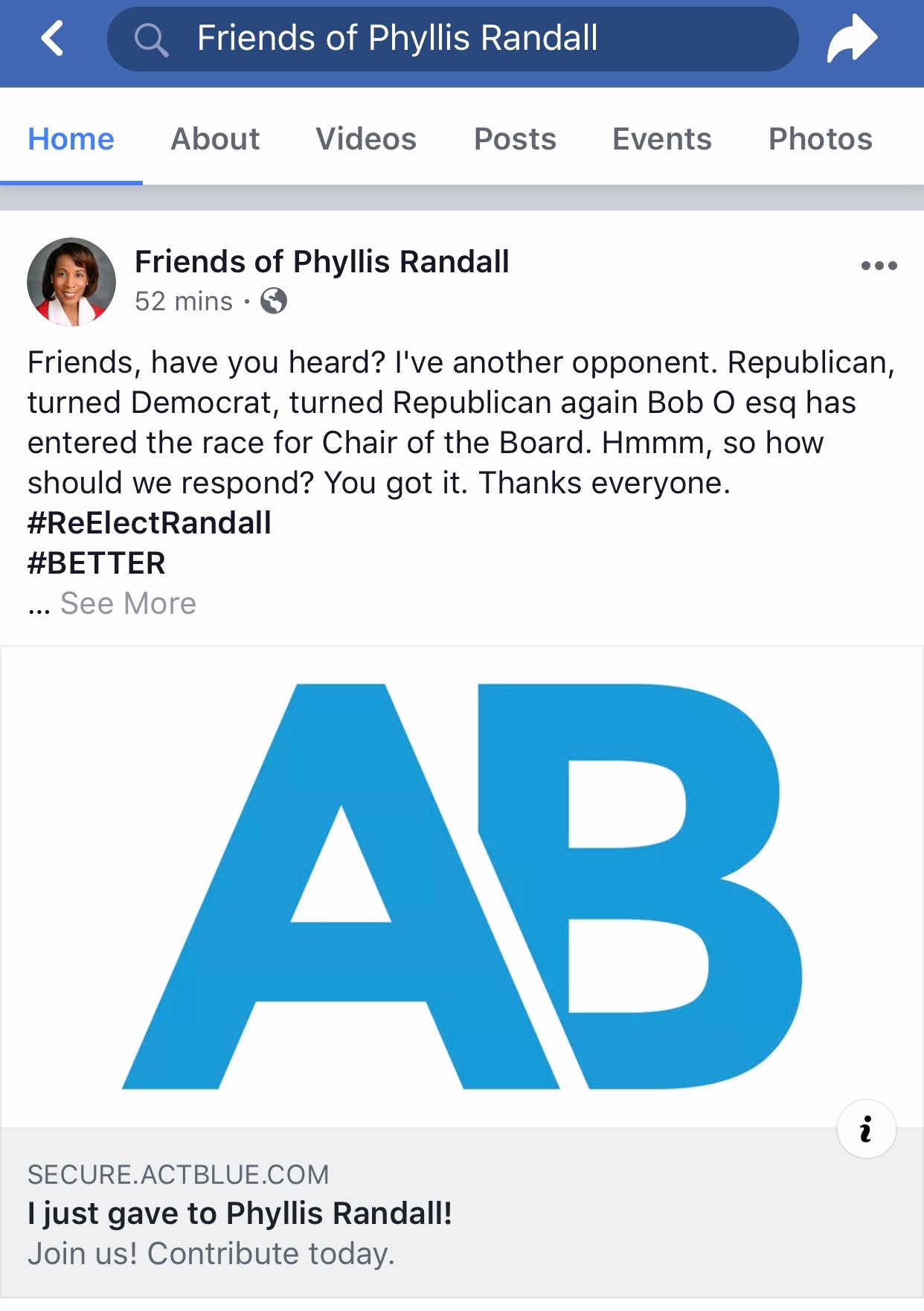 Well, as Ronald Reagan once said, facts are stubborn things.

As Cathy Darby, a conservative activist and Loudoun Inspire member pointed out, Ohneiser is a long time Democrat. 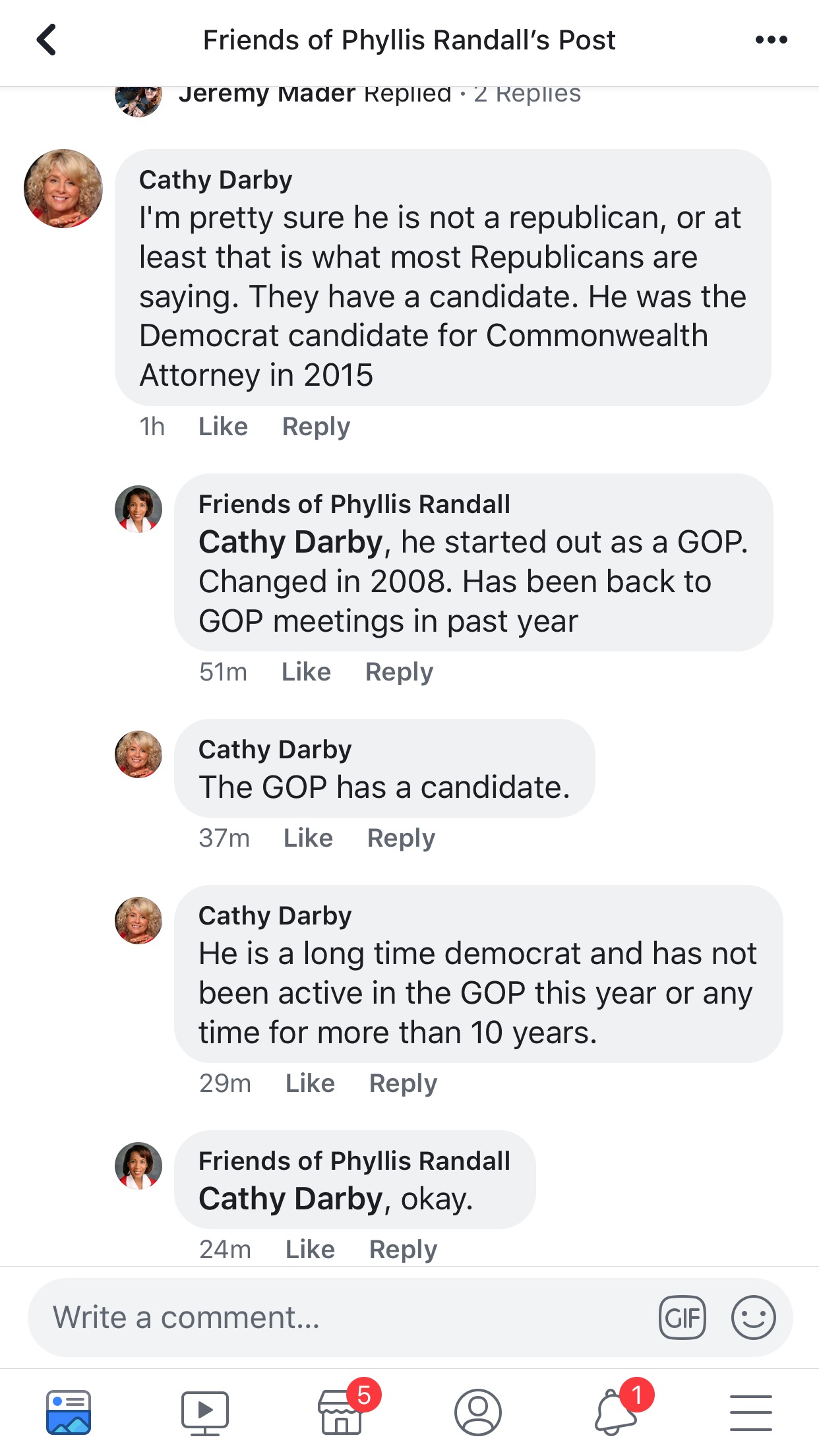 But donâ€™t take Darbyâ€™s word for it.Â  Check out the long history Ohneiser has being a Democrat.

In 2011 Ohneiser was the Democrat-endorsed candidate for School Board At-Large as shown on this Democrat sample ballot from 2011:

(Democratic endorsed candidates are in bold)

To vote for a person on the ballot for an office, write the name on the line provided and COMPLETELY fill in the oval to the left of that name.

Commonwealth‘s Attorney (Vote for not more than one

Sheriff (Vote for not more than one)

32th District (Vote for not more than one)

Commissioner of Revenue (Vote for not more than one)

Treasurer (Vote for not more than one)

At Large (Vote for not more than one)

Ohneiser was defeated by Republican Tom Reed that year.

Then in 2015, Ohneiser was the Democrat Nominee for Commonwealthâ€™s Attorney.Â  Check out this sample ballot the Democrats used in 2015: 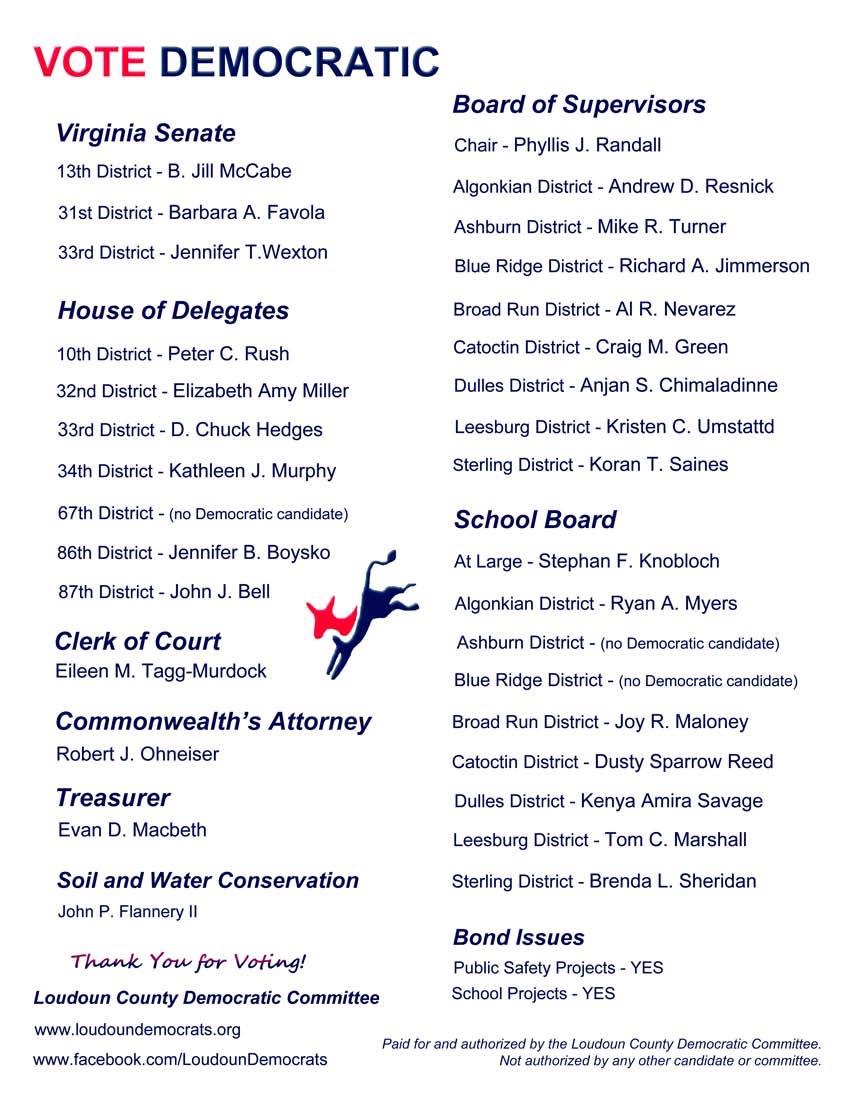 Ohnesier also campaigned regularly with other Democrats as shown in these photos with other Dem candidates, including one with Mark â€œBlackfaceâ€ Herring and none other than Phyllis Randall herself!

Oh, and by the way, thatâ€™s Jill McCabe in the photo, wife of the now infamous Andrew McCabe formerly of the FBI.

And most recently, here is Ohneiser at the campaign kickoff for the Democrat running for Commonwealthâ€™s Attorney, Buta Biberaj. 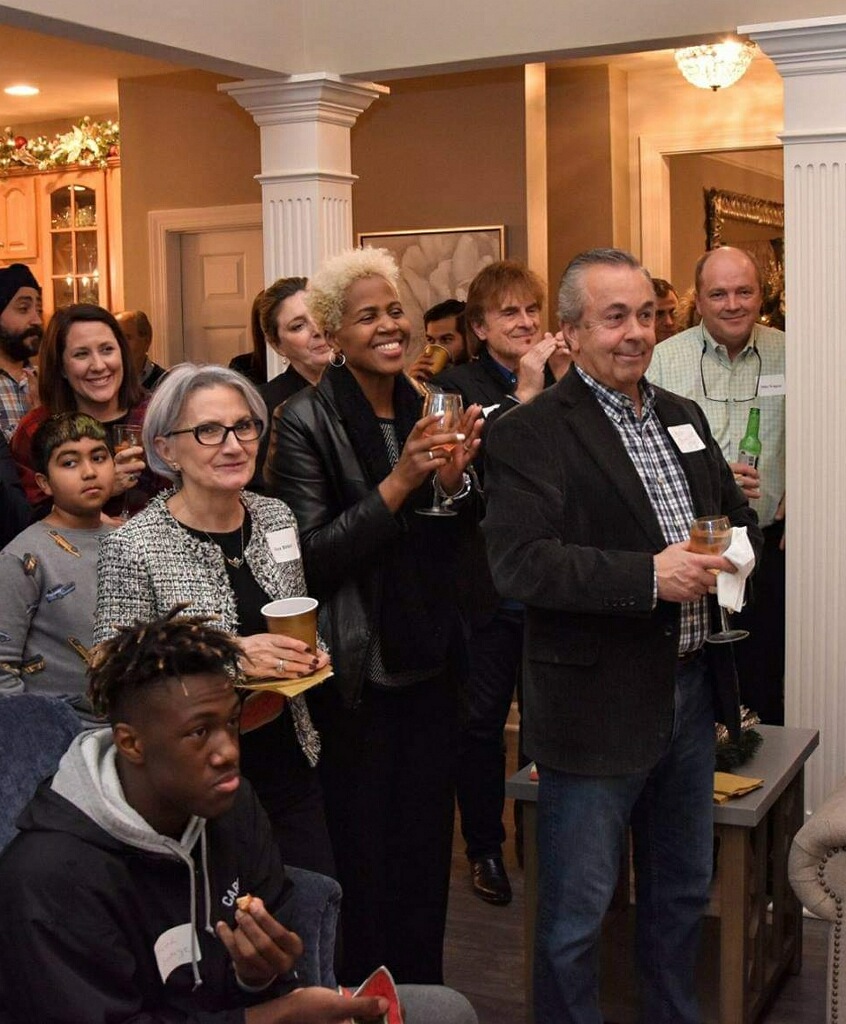 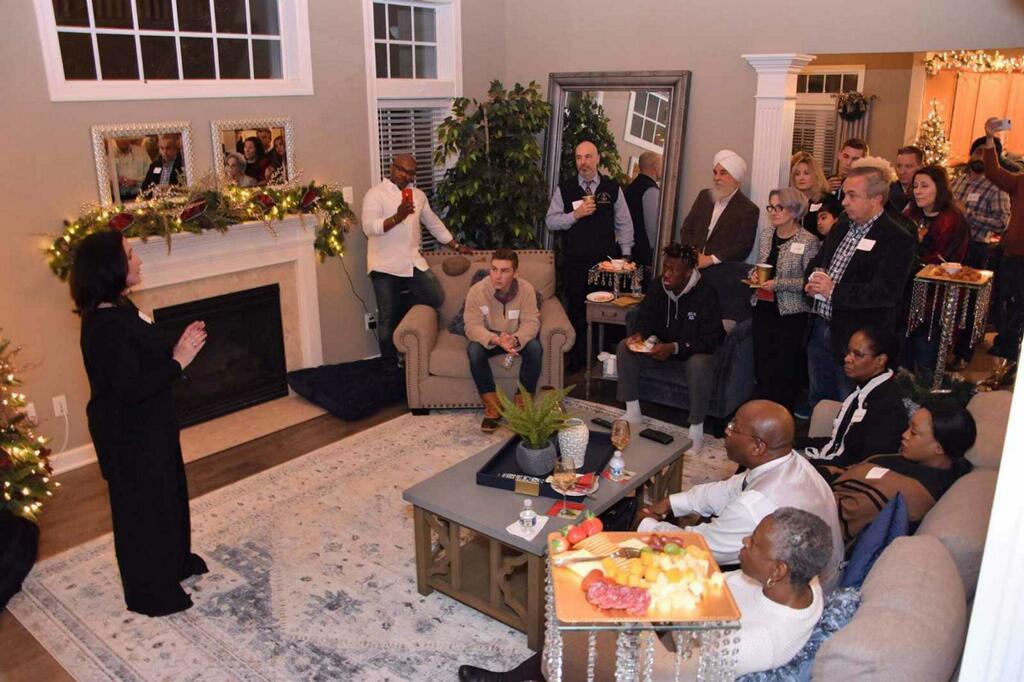 The facts are clear, Bob Ohneiser is a Democrat no matter how much Randallâ€™s tries to spin it.

In what was already a competitive race, Ohneiserâ€™s entry into the campaign makes this race even more winnable.Â  Get out there and support John Whitbeck!