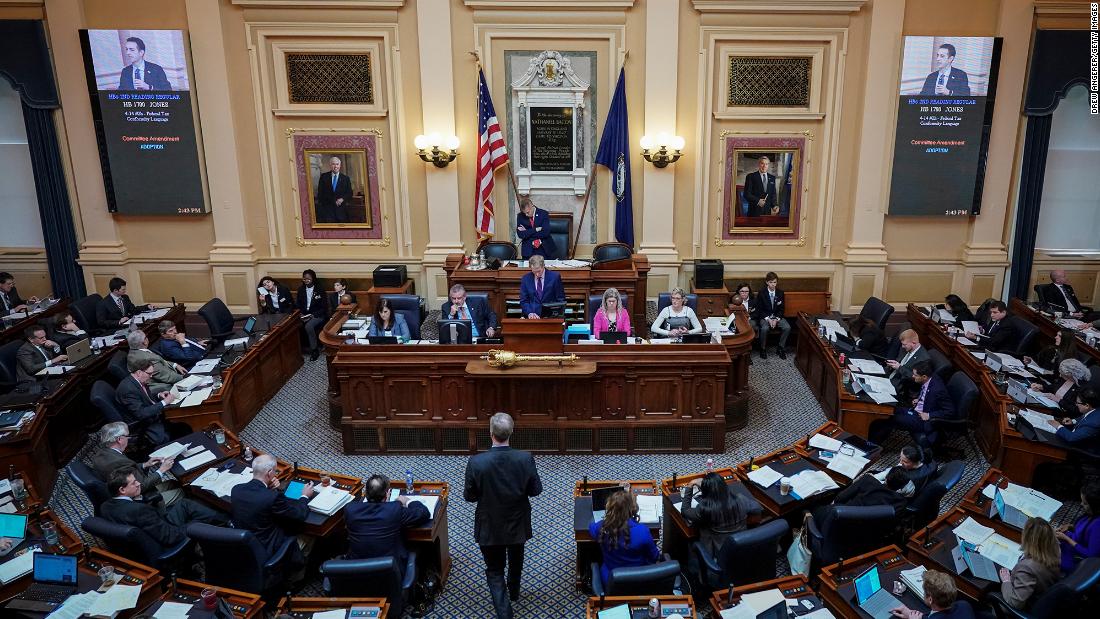 D. J. Jordan of Prince William County has issued the following press release stating he will again be a candidate in the 31st district of the House of Delegates. At the same time Mike Dickison has announced his intentions to run in the 68th district.

>>>>PRINCE WILLIAM COUNTY, VA – D.J. Jordan today announced that he will not seek the Republican nomination for Virginia Lt. Governor for the 2021 election, but will instead pursue another run for House of Delegates.

I’m honored and grateful for the Virginians who encouraged me to run for Lt. Governor, but I have decided not to pursue this position next year.” said D.J. Jordan. “While our state is in desperate need of courageous leadership, a statewide campaign is not right for me and my family at this time.

“However, I am eager to serve during a very challenging time for our Commonwealth, and I will look to run for House of Delegates. To ensure more opportunity for families across Prince William and Fauquier Counties, and make sure no one is left behind, we must support our small businesses and revitalize the economy amid this pandemic. We must reopen schools safely and make sure that every public school in Virginia has a school nurse. We must also prioritize public safety, support our law enforcement, and bring communities together during these divisive times.”

D.J. was born and raised in the Tidewater, Virginia, area by parents who escaped poverty through family commitment, education, entrepreneurship, and hard work. D.J. holds a bachelor’s degree from Liberty University, where he played football, and he also holds a master’s degree in public management from The Johns Hopkins University. He currently works as a business executive in Falls Church. In 2013, he was appointed by former Governor Bob McDonnell to serve a four-year term on the Virginia State Board of Social Services. He serves on the Board of Directors of Virginia’s Kids Belong, a nonprofit that helps foster children. D.J. and his wife, Glorya, have four children, and have fostered and also adopted from the foster care system.

In 2019, Jordan unsuccessfully ran for the 31st District of the House of Delegates, but won the largest amount of votes in the District’s history for any Republican candidate for state or local office. Learn more about D.J. at www.VoteDJ.com.<<<<

>>>>After the tremendous success of my City Council campaign in igniting unprecedented interest throughout the region in fighting for great American values I have decided to run for Virginia House of Delegates 68th District (which encompasses parts of Richmond city, Chesterfield, and Henrico).

This is a unparalleled time in America and Virginia as we are under attack from terrorists and criminals like BLM and Antifa. The Democratic Party of Virginia has turned against law-abiding americans and now favors criminals.

Just today I took a drive down the sorry sight Monument Avenue in Richmond has become. Filth, criminals, and vandalism everywhere. That is what democrats have turned Richmond into.

My opponent Delegate Dawn Adams has sat idly by as the General Assembly has been hijacked by criminals like State Senator Louise Lucas, outlandish morons like Henry Carter, and extremist America haters like Jennifer Carroll Foy.

It is not coronavirus that is killing Virginia businesses- it is democrat rule. Between the higher taxes we all now pay- highest gas price in the South- and farcical mask curfews (coronavirus must be the vampire virus it only comes out after midnight) Virginia is quickly losing its luster as a great place to live and do business. We must change that.

I look forward to seeing the media on the campaign trail.