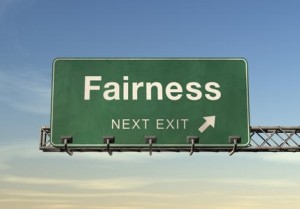 Two Tales of the Same Rules

While the letters referenced in this article concerned the 10th District Convention, held on April 16, 2016, the subject can certainly apply to the issues concerning delegates from Frederick County for the State Convention scheduled for Saturday.

On Friday, April 15 the Star published a letter from Dr. Clifford Theis, Professor of economics and Fiance at Shenandoah University.  Dr. Theis also served as the Parliamentarian and By-Laws Chair for Chairman Andy Robbins, while he was chair, in the Frederick County Republican Committee (FCRC).  He was also the Parliamentarian for the Mass Meeting, and will be asked to continue in that role by the current officers of that committee.

Dr. Theis presented the inconsistency with which specific rules are applied depending on the situation – everything from “the letter of the law” to suspending, or ignoring, a rule entirely when deemed necessary. Dr. Theis concentrated on the rules pertaining to who those candidates a Party member, or organization, can publically support in an election and the penalties if there are infractions.  His point was the decision is arbitrary depending on the whims of those in charge.  Denying participation in the District Convention to eight members of the Frederick County Republican Committee (FCRC) is an example.  Those eight members, even though by Party Rule they should have been allowed to participate in the Convention Proceeding at least through the election of officers and the votes on Committee Reports.  (More about that later.)  However another FCRC member, who recently campaigned for a Democrat, but was never questioned about it, was credentialed and attended the convention.  Is this equality under the Party Rules?

On the same day, Jo Thoburn, Chair of the 10th District Republican Committee, sent a letter to all the Frederick County delegates to the District Convention.  Interestingly, the two letters covered the same issue, although from completely different perspectives – the rules (by-laws) that provide structure for the conduct of business by the Republican Party in Virginia.

Mrs. Thoburn’s letter, sites the Republican Party of Virginia Plan of Organization (Party Plan) as her authority for the decisions she makes.  She states “What is most important to me is that we follow the rules and that everyone is treated fairly”.  In this same letter there are several examples of decisions she made with no Party Plan authority that violates the fair treatment of members.

First, she says she asked the former officers of FCRC to hold all property and accounts until the State Central Committee hears the “appeal” filed questioning results of the March 8 Mass Meeting.  The Party Plan provides no authority for this. It is another independent action.  The former officers obviously agree since they continue to hold all records and funds, including at least $1,000.00 in outstanding checks meant to pay Committee dues and donations for the cost of conventions.  The money is not being used for the purpose intended.  How fair is that to those provided funds for those purposes?  (As long as three months later the checks have not been cashed leaving the donors to wonder what has happened to them since so information has been provided.)

It seems the lawyers involved in this issue, and there are many, have forgotten the basic rule of law – that an accused is innocent until proven guilty.  In this instance, the accused, which followed the rules of the Party Plan in securing their election, have been determined guilty until they can prove their innocence.  Proving their innocence is almost impossible when the rules change constantly.  Is this an example of Virginia Republican Party justice?

As if it were planned, all of this does make it difficult for the new officers to conduct business.  It is challenging to function properly without funds and records but it is being done very well, thanks to member who are incredibly generous with money and time.  Something must be right because at the last meeting fourteen new members joined, more than at any time in the recent memory?  Is it possible voters now know the Committee is for all registered Republicans in Frederick County and not a “private club” for a few?

Another independent decision was Mrs. Thoburn’s declaration “the Chairmanship of the Frederick County Republican Committee vacant.”  As her authority, she is using a vote taken at the 10th District Committee meeting on April 10, 2016   She requested the vote when unable to provide Party Plan, or any other plan, authority for her position.  She had no authority to do what she wanted to do.  She also had no authority to ask the 10th District members to provide her that authority, therefore, no authority to call for a vote on the issue.  She literally created her own authority so you would have a reason for doing what she did. She is now using that vote to justify her actions.  Circular thinking at its best!  Is this how the Party Plan provides fair treatment of everyone?

And now to seating contested delegates. The Party Plan and subsequent General Counsel Opinions indicate that everyone presented properly as delegates for a party process, such as a convention, are authorized to be seated through the election of the activity’s officers and the votes on the committee reports.  A decision was made outside of the rules to refuse to seat eight members of the Frederick County delegation.  By this action, not only were these people denied their right to vote, but the outcome of the elections held was changed.  Mrs. Thoburn and her Credentials Committee, once again, ignored the Party Plan and made their own decisions.  Another example of fairness to all?

The two letters discussed present different views on how Party Plan rules are applied.  First, they are used for the convenience of those “in charge”, which is a questionable action, at best.  Secondly, it is apparent using the rules when convenient is wide spread – almost “business” as usual for many of those in charge.  No wonder the Frederick County Republican Committee is thought of as a “small private club” with few eligible for membership.  It has even been so named by one of the attorneys in Winchester as his reason for their being no “due process.”  He must not know, that under their state charter political parties are actually considered semi-public entities because of functions provided, such as elections.

Recently, at least one lawsuit based on issues similar to what FCRC is experiencing have been decided against the RPV.  The least effect of these decisions on RPV has been financial, is can be catastrophic unless outside funds are found. Their reputation has been badly damaged, too.  What else will it take to cause them to use the rules equitably?

I am retired from working for many years at Southern California Edison in California. I worked on the Vice President of Customer Service's staff, managing several customer programs mandated by the state legislature. As a result I met frequently with members of the Public Utilities Commission and the aides to state legislators. Good training ground for what I am now doing as a volunteer. I moved to Winchester 15 years ago because my only child lives here. I love Virginia - never miss California

The body of misconduct and actions of questionable legality just continue to grow and expand in the 10th District. Though to be completely frank the supporting impetus to continue to engage in these actions extends beyond the bounds of the District itself. Honest differences of opinion or interpretation of Party Plan rules are a laughable justification for this continuing legacy of manipulation of power. It is past time for a final clear and unambiguous formal warning and if unheeded an open process for removal of leadership involved, as well as, enablers. The chair’s role is to serve NOT to dictate. These types of issues have just seemed to incessantly flourish under current state party leadership.

If all the facts here are correct, Thoburn’s actions were outright illegal!! According to the Party Plan, the Frederick County Mass Meeting was never even duly appealed. A committee cannot be declared defunct unless there is ample evidence that it is non-functioning. Do you think Berg cannot possibly, legally be the Chair? Fine! Appeal it! Correctly! In Nottoway County, the chair even moved out of the county, and no one declared the committee non-functioning! (There was barely enough infrastructure left, that folks were able to step in and get the ball rolling to hold a new Mass Meeting, and Republicans are again well represented.) Berkley tried a similar stunt in Campbell County, “reconstituting” our committee with no due process nor any justification. He got the axe for it! Thoburn’s actions, as portrayed here, have an ominously familiar ring to them.

You would think that lawyers would hold the law to be something to be respected – something important. Instead too many lawyers (you can also read that as politicians) use their knowledge of the law to skirt the law. They know just how far they can go and get away with it. So they bend the rules until they get their way.

They do make a habit of, well, doing just as they please. The application of rules and regs needs to be consistent, a very foreign concept to the former leadership of the FCRC and Jo Thoburn herself. I look forward to helping make our committee into a public asset, instead of the private mess it has been for too many years.