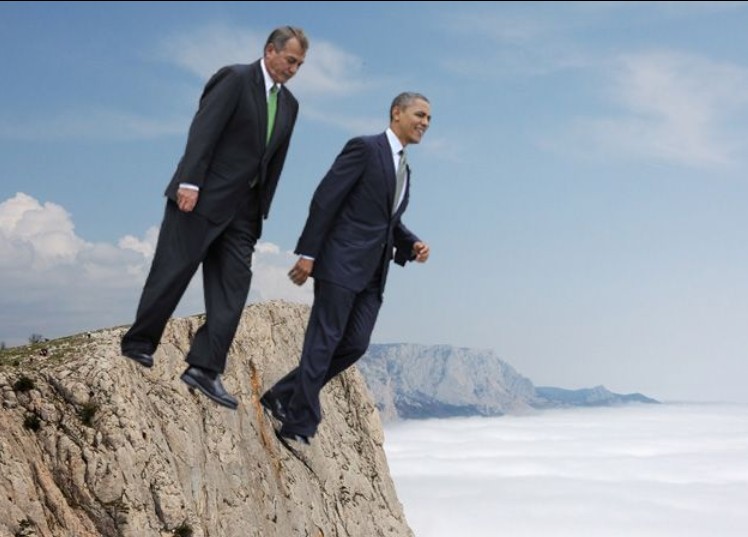 In what is apparently now a normal part of the governing process, a resolution (“CR”) authorizing continued government spending passed Congress yesterday, on the last day of the federal fiscal year.

This CR funds the government through December.  Both of Virginia’s Democratic Senators supported the CR, as did all the Democrats in the House.  91 Republican members of the House joined with the Democrats, including two from Virginia: Scott Rigell, from the military-heavy 2nd Congressional District, and Barbara Comstock, from the bureaucrat-heavy 10th Congressional District.  The vote counts can be found here.

This CR does nothing to fix any of our fiscal problems.  It does nothing to repair the damage done to our military readiness under the sequester.  And, it does nothing to defund the lavishly-appointed baby butchers feeding at the federal trough.  All it does is delay the inevitable fight to another day.  Republican Rep. Rob Wittman, from the military- and contractor-heavy 1st Congressional District, explained issued a statement explaining his ‘no’ vote that sums up the situation nicely:

As I have said consistently, continuing resolutions are a short-sighted and irresponsible way to fund government operations. Washington’s repeated reliance on these stopgap funding measures has prolonged a culture of crisis management, and I could not support this bill.

We’re going to have to face the music on this at some point.  Those voting for the CR, who gave their votes without gaining anything toward reversing our fiscal deterioration, claim that to do otherwise would be “irresponsible.”  I understand that, especially when so much of the economy of a particular Congressman’s district might be bound up in federal spending, and when there was neither a plan to make it work, nor leadership willing to make a plan stick.  I don’t condone Comstock’s and Rigell’s votes…I’m just saying I understand the pressures they’re under.

I also understand what it is to surrender preemptively.  When Republicans go around saying we shut the government down last time, and that we’re going to refuse to shut it down this time, what that really means is that we’ve surrendered spending authority to an imperial Presidency.  If the impetus of a shutdown is on Congress, instead of the guy who wields the veto pen, then essentially we’ve relinquished the Congressional power of the purse granted by the Constitution.  That’s what’s irresponsible.  So is simply choosing the path of least resistance—letting someone else make the hard decisions down the road—rather than tackling our pressing national security and fiscal challenges head-on.

Every time we do this, we make the ultimate reckoning that much more difficult.  At some point, if we keep doing this long enough, it won’t even matter anymore.