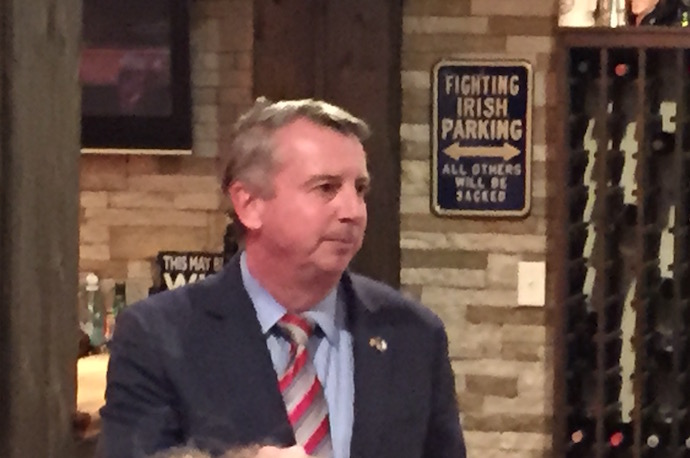 Ed Gillespie launched his Let’s Grow Virginia! PAC two months ago.  As we reported at the time, the PAC had its first fundraiser early last month.

A few weeks later, the PAC is reporting a whopping $483,000 raised.  Now, half a million dollars is by no means a daunting number for Gillespie’s rivals for the 2017 GOP nomination for Governor.  That’s basically table stakes to have a serious chance of winning at the 2017 Virginia Republican Convention, and is a small fraction of what will be necessary to win against Tim Kaine in the general election.

What Gillespie is rightly proud of is that he’s been able to raise that kind of cash in this particular environment, and nearly two years out from the election.  A source close to the PAC has also indicated that this first draw is all from Virginia-based donors, with none of it coming in from out of state.

After Gillespie’s surprise showing against Mark Warner, in a year when national donors had all but written him off completely, those same donors are likely to take him more seriously this time.  Should Gillespie be successful in winning the nomination, his 2014 showing will make him a much safer bet in 2017 in the eyes of deep-pocketed Republicans around the country, giving him significant upside potential in a race widely regarded as one that will require $20 million or more to win. (It also won’t hurt that the GOP nominee will be taking on a little-known Lieutenant Governor, Ralph Northam, rather than the popular Mark Warner).

It’s still a long way to the nomination, however, and standing in the way are a few candidates with the potential to derail Gillespie’s ambitions.  First District Congressman Rob Wittman has indicated he’s planning to announce a run, and Ken Cuccinelli continues to indicate an interest in the race.  Also, although Sen. Tom Garrett (R-Buckingham) appears to be preoccupied with other aspirations, there is still plenty of time for other candidates to jump in.

Seriously, this guy again? The RPV has a big problem with recycling poor candidates.

Is the bench really THAT thin?

I thought he was famous for refusing to shake hands with a black man.

Yes, but is it for Governor or is he taking another shot at the LT Governor’s seat?

I think he plans on running for the big chair with those Trump winds behind him. There is a void on the right in this race.

Corey has a lot of work to do to be the guy to fill any void on the right of anybody.

Agreed. Corey has raised taxes more any other candidate on the GOP side. His county has the highest tax rate in the entire state. Last thing we need is another tax-raising liberal. I’d rather have a Dem who is at least honest about being a liberal, than Corey who lies about his record.

This article sounds similar to the one produced by the Washington Post declaring Jeb Bush upon entering the presidential race as the “shock and awe” candidate whose fundraising dominance was poised to make his campaign an unstoppable juggernaut. Imagine this scenario for Virginia for laughs. Donald Trump captures the Virginia Presidential Primary and goes on to a sweeping 45 to 47 state delegates at the convention to set frimly entrenched in the WH after shattering the Obama coalotion across the country and defanging the Clinton team as she awaits her parole request in the federal lockup and up comes big donor gathering, establishment GOP entrenched Ed Gillespie to engage in his run for the statehouse. Impossible, maybe but looking through today’s lens is unlikely to be the best of indicator’s two year’s out in our current political environment and vtoday’s cash piggybanks are illrelvant.