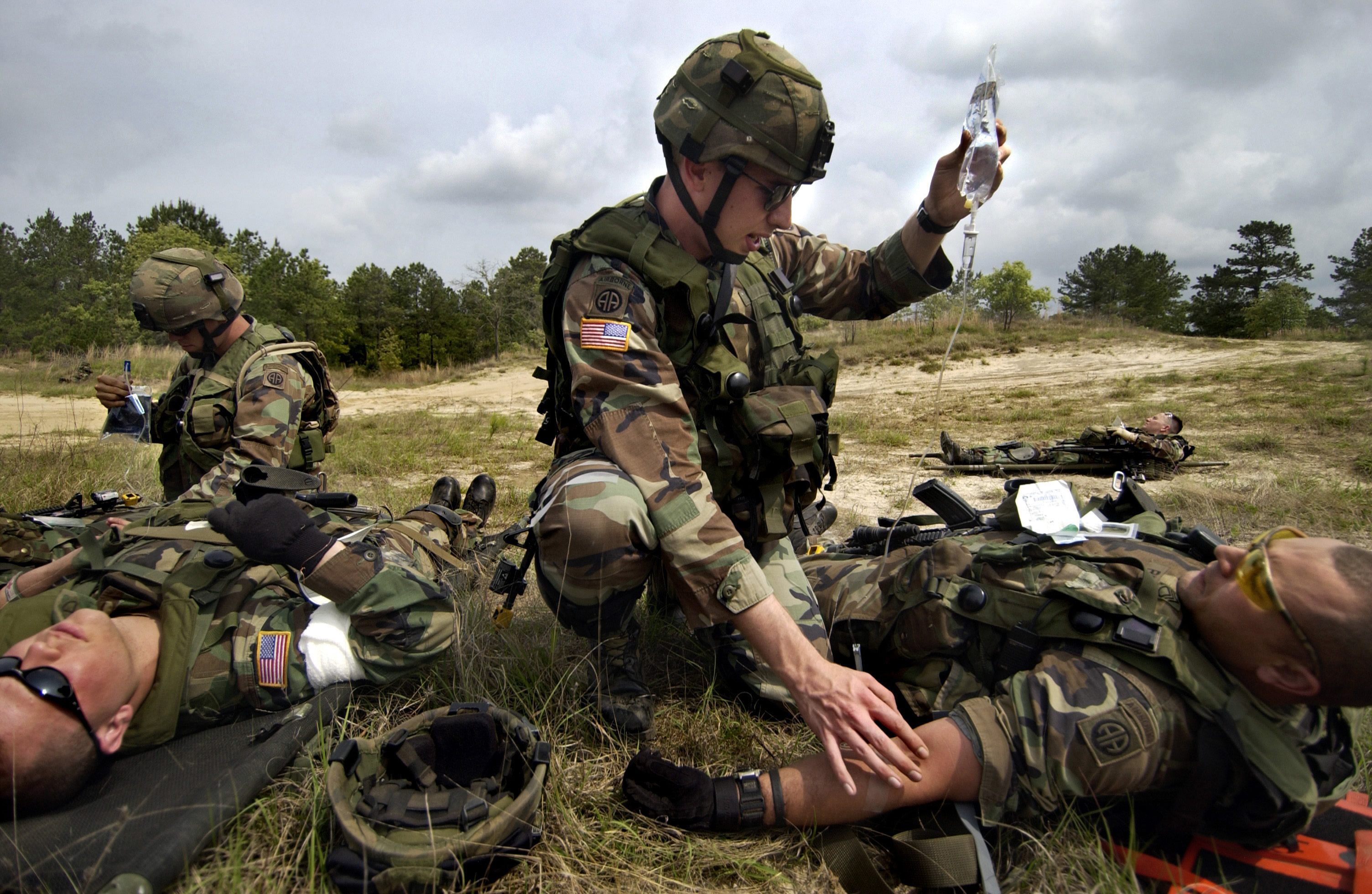 Although it might seem like a unique moment when Republicans all agree on something, it’s actually not as rare as it seems. In Virginia, although there are wide differences of opinion on things like Medicaid Expansion By Another Name, and increases in the 2013 gas tax, Republicans still have a lot more that keeps us together than drives us apart.

One great example of this is legislation promoted by Del. Chris Stolle (R-Virginia Beach) and just passed by the House of Delegates that would allow former military medics and corpsmen (the enlisted folks who patch people up on the battlefield, and who run military hospitals and medical clinics) immediate opportunities in the private sector.

The bill, HB 825, establishes a pilot program in which former Army medics, Air Force medical technicians, and Navy Corpsmen may perform certain functions that constitute the practice of medicine under Virginia law, so long as they are under the supervision of a licensed physician. Previously, these veterans would have had to undergo the same training and certification programs as civilians who don’t have the benefit of rigorous military medical training. In a statement released by House Republicans, Del. Stolle had this to say about the program:

Military medics and corpsmen receive extensive health care training while on active duty. Once they transition to civilian life, their military health care experiences do not easily translate into comparable certifications and licenses required for health care jobs. As a result, many veteran medics are unable to gain employment. Virginia has already made progress on efforts to translate veterans’ military experience into academic credit, however significant hurdles still exist with health care licenses.

The benefits to military veterans here are clear. They get to take advantage of the training already paid for by Uncle Sam, and get good paying jobs immediately upon discharge from military service. The other benefit of such a program that hasn’t yet been heralded is the potential for lower health care costs.

Just as the country is facing increasing demand for the services of physicians, a shortage of doctors is developing. We all know that when something in demand gets more scarce, the price of that thing goes up. Although Stolle’s bill just starts a pilot program, should it prove successful the medical community could have immediate access to a pool of talented, motivated, and highly-trained medical professionals whose expertise could help alleviate cost pressures facing hospitals and primary care practices around the country. Even in the absence of a doctor shortage, if many functions of primary care physicians could be attended to in a more cost-effective manner, this could have positive ripple effects across the healthcare system.

So, good job, House Republicans! This is a great idea. Here’s hoping it passes into law, and makes enough of a positive impact in the pilot stage to get rolled out on a larger scale.

This is an excellent idea, and I hope it works out well for all. I hope they include some type of course teaching bedside manners. One of my docs has hired a medic, the guy is terrific, I really like him, however, he isn’t the greatest in dealing w/civilians, he is still in military mind-set mode. I get it, I understand because I am military family, but not all civilians might not quite grasp the difference.

I once had a surgeon once that worked for the Dallas Cowboys, the guy is a jerk, he treated all his patients like athletes. You don’t speak to children, or women, or old men like you are in the locker room. Bedside manner is key in being good at your job in the medical field.