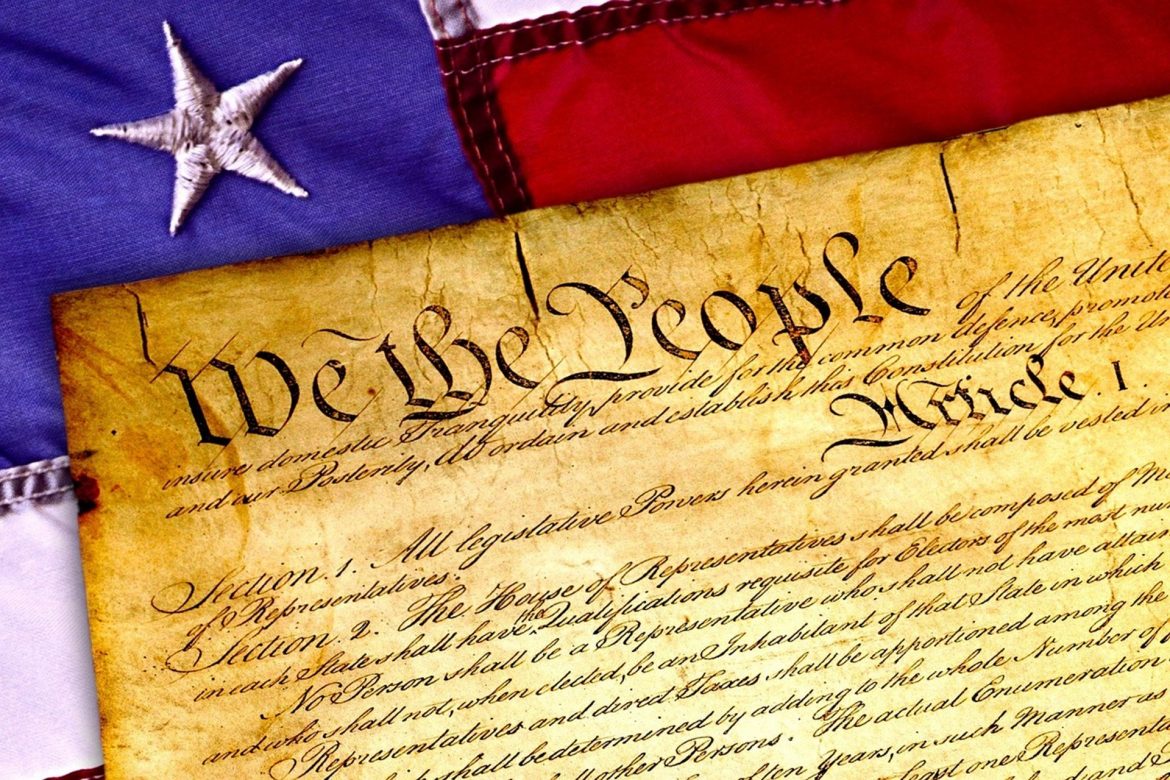 While many of you have been busy looking for toilet paper or hoarding Lysol, authoritarian government have moved at an overwhelming speed to destroy what is left of the Republic.

Over the past two months, in state after state, governors have issued clearly illegal shut down, stay at home or shelter in place orders. Orders that they do not have the authority to issue.  Now one may say this power comes from state codes, but where does that state code find its authority in the various State and Federal Constitutions?

The answer?  There is no authority in either the Federal Constitution or State Constitutions to suspend the Bill of Rights for anything except war, rebellion or invasion.

It clearly states so in virtually every single State and Federal Constitution.

So essentially every governor and political official that issues such orders, are issuing orders directly against the United States, and in our case, Virginia itself.

If an order is in direct conflict with the Constitution, it is an illegal order.  Period, end of story.  We have entered a time where the rule of law no longer applies, but rather the government uses fear and force to make us comply with their illegal decrees.

You see, the Constitution is just a piece of paper, unless the citizens defend it.  And it is our fault that, all around this Republic, governors and other elected officials are getting away with creating this crisis.

What they are really saying is unless we stay and home, and abide by their whims, they will fine us, or cage us or even kill us if we oppose them.  Based upon nothing but the use of government men with guns to enforce their unconstitutional decrees.

And right here in Loudoun County, Board of Supervisor’s Chair Phyllis Randall has declared that Loudoun County will continue to be closed, essentially destroying small businesses and the families they support.

What moral or legal right does Randall have to do so?  The answer is none.

If you doubt me, go read it yourself.

The only power Randall has over you is the threat of violence and the only authority she has over businesses is the threat of revoking their license to operate.  One must remember that a license or a permit is simply an already existing right, that the government has stolen from you, only to rent it back on their terms.

Have we found ourselves in such a state as to allow these threats and immoral orders to rule over our lives?

The time has come to ignore unconstitutional and illegal orders and demand that elected officials stand by their oath of office and defend the Virginia State Constitution and the United States Constitution.

Having asserted this power, these authoritarians will continue to use it against you, your family, and our great Commonwealth.

We do not have kings and queens, we have elected public SERVANTS, who must all swear an oath to the Constitutions that bind their actions to that which is legal and moral. And they have exceeded this in nearly every state of the Union.

When will the people once again roar like lions for liberty and demand their freedom?

Our Republic is on life support, our economy is on the brink and yet we sit at home, allowing this to continue?  The economic fallout from these orders will be worse in the long run than the Great Depression but will probably be more like the hyperinflation that Venezuela is now experiencing.  In fact, due to Venezuela issuing paper money like candy, a cup of coffee costs over $1 Million dollars.

And in support of these stay at home orders, Congress is approving our own Federal Reserve to print money 24 hours a day, with NOTHING to back it.  This currency crisis will be a far greater threat to our Nation than any virus.

We simply cannot be the generation that allows liberty and our Republic to die.  And sitting here allowing elected officials to scare you into cowering at home, while Virginia burns, will do exactly that.

It will drive hundreds of thousands of Virginia families onto the government plantation, where to receive your food or substance, you must continue to comply with politicians ruling over you, while ‘voting’ for the official that promises you the most loot.

When is it time to stand?  Will fear of getting sick drive you to surrender to the illegal whims of self-appointed authoritarians?  When will you finally see the Red Flag of Tyranny waving?  And finally, when will we live up to the expectations of those who fought and died to create and preserve liberty?

That answer is up to you.  The time for mass civil disobedience is now.  We must stand as a free and independent people and take our Commonwealth back from those who are working to destroy everything it stands for and open our businesses, churches, and parks.  Regardless of anything any politician declares or threatens.

It is up to the people to force, not beg, politicians to stop destroying our ability to feed our families and live our lives as we choose.

We owe it to all those who came before, and all those yet to come, to restore Liberty in Virginia, where it was secured in 1781.

Samuel Adams spoke eloquently at the Continental Congress, urging colonies to join in the War for Independence, but his quotes apply through the ages, especially to the government created crisis of today.

“If ye love wealth better than liberty, the tranquility of servitude better than the animating contest of freedom, go home from us in peace. We ask not your counsels or arms. Crouch down and lick the hands which feed you. May your chains set lightly upon you, and may posterity forget that ye were our countrymen.”

I cannot sum it up any better.