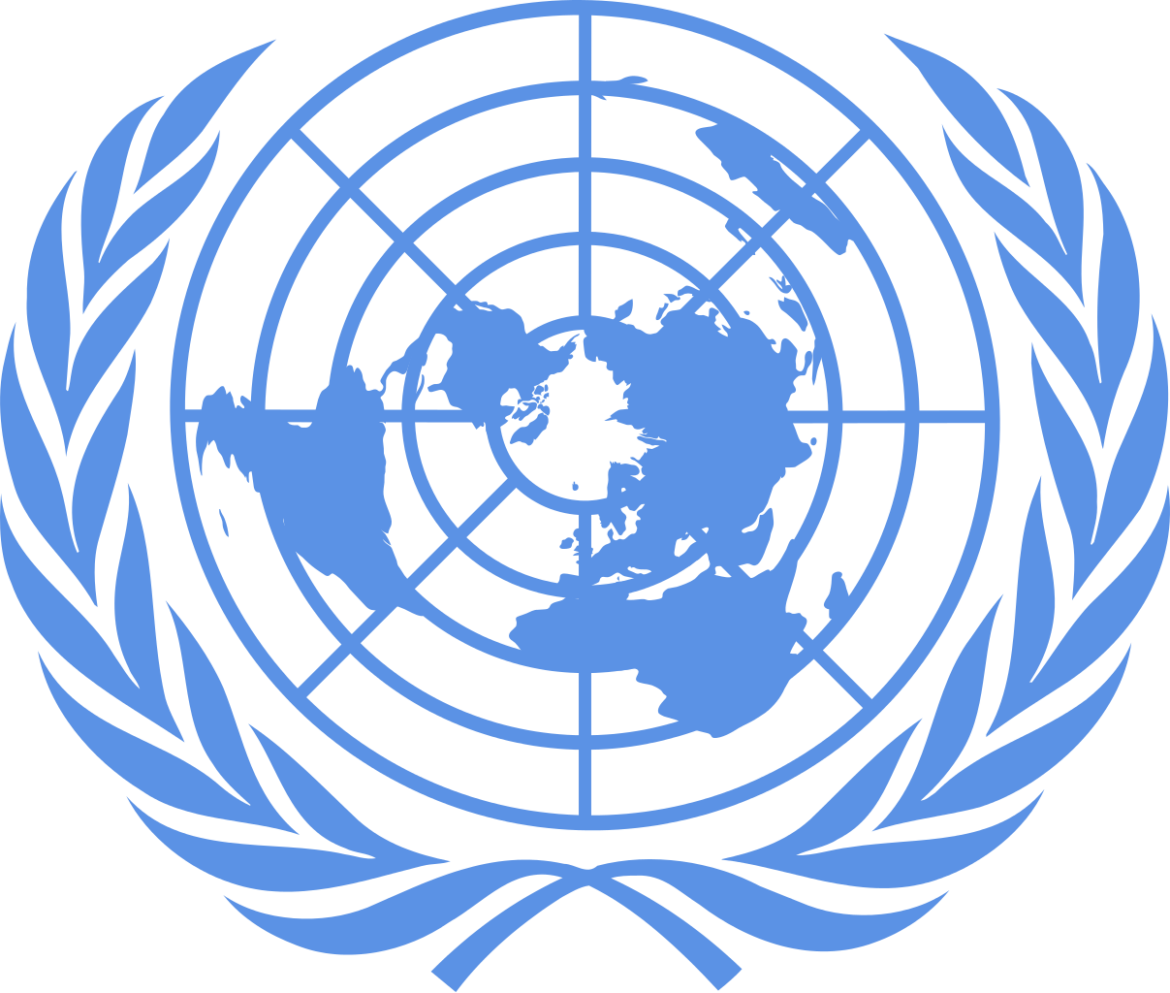 U.N. Talks Of Migrants As Cattle Or Inventory

One can learn a lot by paying attention to the details of what people say. If you listen carefully, folks will eventually tell you what they are up to and how they think. Following a link on Dr. Ileana Johnson’s August 12 TBE article (http://thebullelephant.com/welcome-everyone-take-our-country/), I landed on the web page of the Population Division of the U.N. Department of Economic and Social Affairs. On this page, a pair of words caught my eye: “migrant stock.” I could hardly believe it and had to look twice to make sure that this U.N. website was actually using this term to refer to human beings rather than, say, bacteria or farm animals. They were. 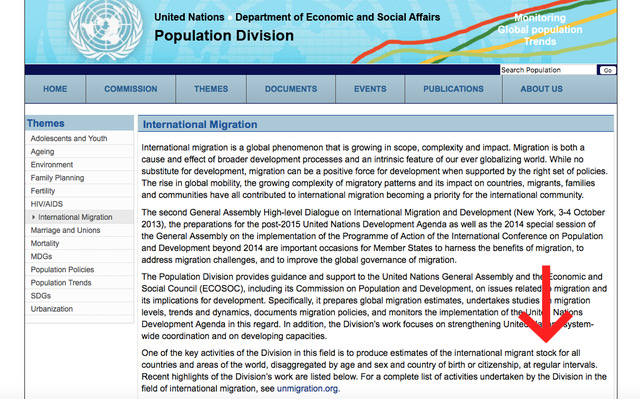 What, exactly, is “migrant stock?”

Is it a set of shipments ready for movement by the U.N. from supplier to customer?

Is it a set of inventory whose levels in various warehouses owned by the U.N. must be monitored and maintained in order to ensure optimal business operations?

Perhaps the folks at the U.N. Department of Economic and Social Affairs view this “migrant stock” as an expendable product to be measured in units, moved around, used, or sold to the highest bidder?

So, people talk according to their worldview. What is inside comes out, so others can see even if we are not aware or even (as the case may be) if we think we are doing a good job of hiding our true feelings. Jesus noted this when he said, “the mouth speaks out of that which fills the heart.” (Matthew 12:34). People reveal their hearts through what is said with undue emphasis, as in Shakespeare’s “the lady doth protest too much, methinks.” It can also be seen in what is glaringly omitted; for example when O.J. Simpson (as it has been reported) was first told about his ex-wife Nicole’s murder and failed to say “Oh my – what happened?” but did say “Is she dead?”

The United Nations is made up of tens of thousands of people. A committee of these presumably worked on the text of this particular web page. What interests me is that this phrasing, “migrant stock,” made it past the editors and did not seem to have struck anyone as odd or inappropriate. I suspect it is because there is a shared worldview in the U.N. culture that assumes authority to itself in managing the affairs of the world and feels superior to others while also holding a low or utilitarian view of the worth of individual human beings.

As with any organization, the U.N. has a corporate culture and a core set of guiding moral principles. Among the moral principles of the U.N. is the belief that rights do not come from God but rather from government. This moral core principle was previously embraced by Joseph Stalin, Pol Pot, Mao Zedong, and perhaps every other petty dictator and mass murderer the world has known. Today this principle is embraced by the United Nations, U.S. Senator Bernie Sanders, Socialist congressional candidate Alexandria Ocasio-Cortez, and leftist white nationalist Richard Spencer.

Notice that this position of Sanders, Spencer, Ocasio-Cortez, and the U.N. stands quite at odds with the stance of the Founders of the United States, who addressed all the pre-existing social abuses in our nation (yes, including slavery) and the world with the bold claim: We hold these truths to be self-evident, that all people (yes, they meant men and women, and people of all races) are created equal, that they are endowed by their Creator with certain unalienable Rights, that among these are Life, Liberty, and the Pursuit of Happiness.

The United States abolished the entrenched institution of chattel slavery 90 years after our founding via direct appeal to our stated moral principles, even though there was one major political party, the Democrats, that resisted and rejected the assertion that all people are created equal – and continue to reject it to this day in word and action. Today, true to form, many Democrats still support involuntary servitude – now in the form of “democratic socialism.”

People are not mere animals. Some moral principles are not pliable, because they are not socially constructed but are actually, objectively, true.

I appeal to the United Nations, and to Senator Sanders, Richard Spencer, Alexandria Ocasio-Cortez, and others who share their views, to stop trying to drag us back to a past where people, like cattle, are expendable because lacking inherent value and God-given rights. With respect, your views are dangerous, deadly, unjust, and wrong.

Nice article, but Richard Spenser is not a leftist. He is a white nationalist. Leftist believe in internationalism and equality among all peoples with equality of outcomes. Spenser believes in adopting collectivist solutions such as single payer for the people of the white nation he is hoping to create.

If leftists believe in equality of all peoples, why do they ask for different sets of rules for people who refuse to follow the same immigration laws as everyone else? Spencer is indeed a white nationalist and a leftist. His beliefs and positions do not match those of conservatism. Conservatives do not support racist policies … the Left are the only ones who do that.

So Dr. do you think the UN has changed? Are we further along the path to individualism? Or are we living in the past. Let’s take a peek down the old rabbit hole, circa 1994, and see what the UN perception was then. Courtesy of an icon of international law, Louis Henkin. This is a small download, so up to you to read it, or not.

The United Nations does not actually recognize human rights; it only recognizes political rights and calls them “human rights.” There is an existential difference. And that Henkins uses the word “values” (or “contemporary human values,” etc.) in this discussion is one of the major tells of what he is up to.

The U.N. makes its argument for what it calls “human rights” as a basis for what Louis Henkin argues for in that article: a super-sovereignty of the U.N. over the nations of the world, a pretext for the U.N. to step in and tell individual nations what to do. There are many problems with this, among them the matter of accountability (U.N. is not accountable to the people it “governs” and therefore a prime vehicle for tyranny) and lack of moral authority/compass (many of the things the U.N. includes on its list of “human rights” are not human rights at all, and furthermore their affirmation as rights would require the infringement of actual human rights).

In the end, the U.N. is about the U.N. – arrogating power, authority, and money to itself and its team of international busybodies and micromanagers. I am not saying there aren’t some well-intentioned people among them, but we have seen many times the disastrous effects of good intentions lacking moral compass throughout history, particularly when combined with the fearsome power of government.

The logic of sovereignty for nation-states, with the hope of increasing self-governance (e.g. government by the people), coupled with an increasing awareness and affirmation of actual human rights, is that government closest to the people tends to govern best, particularly when there is a mechanism for accountability. The system is not without problems, because human beings are sinful and we will never escape this. But a situation of local tyrannical government is much more easily solved and replaced than a distant, global super-tyranny.

Do people in the world – ourselves included – need to be concerned about human rights abuses in other countries? Absolutely. But our righteous anger should be rooted in understanding of actual human rights, not fake ones whose affirmation actually lead to even greater injustices. The UNDHR has today become so completely confused on this matter as to be almost utterly useless as a document. And when we have concern about abuses around the world we need to address these concerns in ways that do not cause more problems and that do not raise bigger issues of infringement upon the sovereignty of the people governed. There is much more to be said about this matter, but I will leave it at that for now.

I’ve written the entry HUMAN RIGHTS in the forthcoming book “Religion and Contemporary Politics In Global Perspective” covering the subject in good detail.

I suppose “migrant stock” is a better characterization than the CONservatives put forth of terrorist, rapists, murders, or even cholos (as I read on this very site yesterday). Sorry, the racists left the Democratic Party long ago – you own them now.

Al Sharpton is a racist, and last time I looked he was a Democrat.