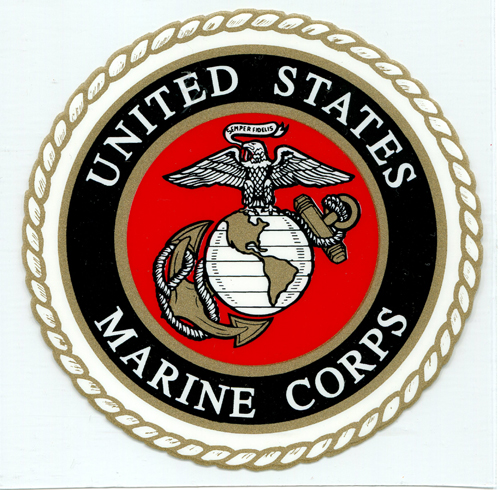 LEAVE IT TO THE USMC.  From earlier today: “A gunman who opened fire on a train in northern France Friday was restrained by two U.S. Marines before he could do any further damage, according to initial reports of the incident.”  Apparently the Marines were first alerted by the sounds of an AK-47 being loaded. #badass

UPDATE: Turns out it they weren’t Marines, as was reported in numerous initial reports.  The heroic Americans were a member of the Air Force, an Army Reservist, and a civilian.  Good job, guys!

Nothing against the Marines, but according to updated news reports the American servicemen were not Marines.

Yes..I see that now. Thanks for the correction.

Todays day and age of quick stories hitting the news causes this , not you.
These guys did great!
Marines are still awesome , they give many choices in early stages of life to defend liberty at the drop of a hat
this action will never go away no matter who steps out on those yellow footprints.
Reagan was the last President to visit Pariss Isle , I personal enjoy my Marine Corps. flag in our families yard.
It has so much meaning to us.

Marines are awesome. From the time they get out of the van at Pariss Isle they are in a culture shock, feet on the yellow foot prints.
DI in their face on every corner.
These men have always been the tip of the spear , the lowest paid of our military , opportunity for advancement { pay and rank} do not come as often as other branches.
They don’t wake up to be a hero they just are, they seek to deny they freedom from the ones actually deny freedom from others all around the world .
I personally believe that it is the most noble career to volunteer to be a warrior and throw your self into the fire to defend freedom.
I stand in respect of our fine US Marines , thank you for protecting us from the wolves.

[…] to making guff out of even the most basic facts of a story, The Bull Elephant reports that it was United States Marines who thwarted a one-man terrorist attack on a European train […]

But wait, weren’t we told that this kind of thing only happens in the US?

no. nobody ever said that. Please stop making stuff up especially as it applies to serious stories like this Your constant need to politicize everything is quite wearisome.

Terrorism and the types of shooting we see here are not the same thing. How low can you go?

Please stick with one screen name least you end up talking to yourself. Thank you.