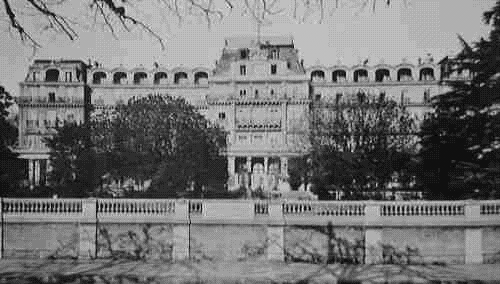 UN Out of Control

During the 1950s, when I was growing up, school children actually observed the anniversary of the UN’s founding every October. I recall what a big deal the 10th anniversary was, in 1955. We knew all about its charter and knew who our own representative was. The UN was considered a key pillar of world peace. Social Studies and history teachers spoke of it respectfully. The United Nations International Childrens Emergency Fund (UNICEF) was familiar to everyone. We viewed the 1961 death of UN Secretary General Dag Hammarskjöld from a plane-crash as an international tragedy.

The UN’s predecessor was the League of Nations, which was created after World War I. It was a key element in President Woodrow Wilson’s famous Fourteen Points of January 1918, which spelled out the conditions for peace before the war had actually ended. Mr. Wilson envisioned a central League role for the United States, but isolationist sentiment in the USA doomed his hopes. Mr. Wilson toured the country by train, making thirty-eight speeches in twenty-two days in support of the Treaty of Versailles and our membership in the League, until his health finally broke when he suffered a stroke in Colorado on October 3, 1919. He was disabled for the balance of his presidency. 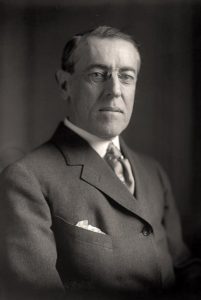 The United States Senate never ratified the Versailles Treaty, and we did not join the League. Many historians believe this weakened the League and kept it from controlling the aggressions of Japan, Italy and Germany in the 1930s – thus loosing the Dogs of War upon the world. Other historians argue that the League was otherwise fatally flawed and that our participation could not have made a difference.

With regard to all that, FDR and Winston Churchill had no desire to reprise the League’s weaknesses. When they met in battleships anchored off Newfoundland at the historic Atlantic Charter conference in August 1941, they laid down basic principles for national self-determination and drew up the rough outlines of an international organization of “united nations” which would be far stronger than the failed League.

The five victorious great powers of World War II (Great Britain, France, the United States, the USSR, and China) were given permanent membership and veto power in the Security Council – a body which wielded far more influence than the UN General Assembly. In reality, however, this very attempt to give the UN a “backbone” – by way of giving these five nations special status – was itself a fatal flaw, since it cast in concrete the political situation of 1945. No provision was made for emergence of new great powers. The world order was considered settled. 70+ years on, we live with the consequences of this quaint notion.

Moreover, neither France nor China was truly a great power in 1945. Their inclusion on the Security Council was strictly a gratuitous political gesture. France was actually defeated by the Axis in 1940. China – politically unstable and militarily weak – played only a marginal role fighting Japan, which had conquered large segments of Chinese territory. By 1949, Mao Tse Tung’s communist rebels had taken over most of China.

For a time after its founding the UN functioned in some approximation of expectations. The UN supported Israel’s creation in 1948. In 1950, following North Korea’s invasion of South Korea, the Security Council denounced the aggression and authorized a UN military force to oppose it. (The Soviet Union was absent from the Council’s proceedings when the aggression was officially condemned.)

In 1956 the UN joined the USA in pressuring Israel, France and Great Britain to withdraw from their invasion of Egypt and Suez. The three nations had invaded after Egypt’s Gamel Abd al-Nasser nationalized the Suez Canal. The action by the UN and the USA forestalled direct military intervention by the Soviet Union on the side of Egypt.

In later years, however, the UN became increasingly unable to respond to aggressive actions. The UN took no definitive role in the Vietnam War, leaving opposition to North Vietnamese aggression entirely to the USA. The Soviet Union adamantly opposed all Security Council attempts to influence the situation in Southeast Asia.

The UN has also been powerless to do anything about violence fomented against Israel by Palestine and other Middle Eastern nations. Dealing with the international Islamist terror-cabal has been completely beyond the UN’s capability. A large bloc of Islamic nations is aligned against any definitive action.

I recount this brief history of the United Nations to educate readers acquainted only with the present degenerate form of this once significant body. Today, as all but diehard internationalists know, the UN is an utterly useless collection of idle goldbricks who do little except produce heavy New York limo-traffic and support upscale Manhattan restaurants. No worthwhile action has come out of the UN in decades.

Membership-dilution is primarily what has emasculated the UN. At its 1945 founding there were 51 signatory nations2. Today, it has 191 members. Tiny sheikdoms and principalities like Oman, Qatar, and Monaco have the same votes in the General Assembly as China, India, and the United States.

A huge voting bloc of third-world countries – many of them Muslim or Muslim-sympathetic –now chokes the UN’s ability to transact any meaningful business. The General Assembly is little more than an anti-Israel, anti-USA chorus which spends its time passing one worthless resolution after another.

A decade-long series of resolutions did nothing to control Saddam Hussein’s Iraq. Saddam knew the UN had no teeth. He was prepared to outlast it, and was actively engaged in bribing key nations, via the UN’s Food-for-oil program, to lift sanctions so he could resume building weapons of mass destruction.

Beyond its ineffectual posturing, the United Nations has now launched a campaign to levy world-wide taxes. At a summit meeting led by France and Brazil, more than 100 nations endorsed plans to collect some $50 billion in global taxes to finance foreign aid. One idea floated was a worldwide tax on financial transactions. Having the world’s largest financial system, the United States would naturally pay the lion’s share of such a tax. Another proposal was a tax on energy use – to be heavily paid by the USA. A tax on Internet use is also being contemplated. Again – surprise, surprise! – the USA would pay most of it.

In 2008 then-Senator Barack Obama proposed a nice-sounding bill called the Global Poverty Act, which could have produced a UN-tax on the USA. The bill, which had liberal religious groups’ support, would have made our foreign aid spending-levels conform to the dictates of the UN. It would have committed us to spending 0.7% of gross national product on foreign aid – a staggering 13-year total of $845 billion above what the U.S. was already spending. Mercifully, the bill went nowhere.

As president, Mr. Obama mostly used the UN as a platform for aggrandizing his own reputation as a world-statesman. He leveraged the UN’s preoccupation with climate-change for his own political purposes, and signed us up to the Paris Accords – another wealth-spreading scheme based on the climate-change threat. One of  President Trump’s first acts was to cut us loose from this crazed deal.

French President Jacques Chirac was a leading supporter of global taxation. At a UN tax summit he threatened the USA: “However strong the Americans may be, you cannot in the long run emerge victorious by opposing an idea that is backed by 100 countries and which will probably be approved by 150, creating a new political situation.”

Monsieur Chirac’s not-so-veiled threats were not heeded, but that won’t be the end of it. In the ‘50s, legendary crook Willie Sutton was asked why he robbed banks. “Because that’s where the money is,” he answered. Just so, the international gang of varlets, poltroons and brigands, holed up in their digs on the East River, will keep coming after the USA because they know that’s where the money is.

It’s long past time for these crooks to get the bums rush. (Maybe France will stake them to a new pad on the Rive Gauche.) To his credit, President Trump has made the first move at turning off the money-spigot by cutting $285 million from the UN’s operating budget in December 2017, after its latest anti-Israel vote.

The words of Oliver Cromwell to the English Parliament, in 1653, seem wonderfully apropos:

“It is high time for Me to put an End to your Sitting in this Place, which you have dishonoured by your Contempt of all Virtue, and defiled by your Practice of every Vice;

… Ye are a Pack of mercenary Wretches and would, like Esau, Sell your Country for a Mess of Pottage; and like Judas, betray your God for a few Pieces of Money.

Is there a single Virtue now remaining amongst you? Is there one Vice that you do not possess? Ye have no more Religion than my horse! Gold is your God: Which of you have not bartered your Conscience for Bribes?

Is there a Man amongst you that has the least care for the Good of the Commonwealth?

Ye sordid prostitutes! Have you not defiled this Sacred Place, and turned the Lord’s Temple into a Den of Thieves by your immoral Principles and wicked Practices? Ye are grown intolerably odious to the whole Nation.

Your Country therefore calls upon me to cleanse the Augean Stable, by putting a final Period to your Iniquitous Proceedings in this House, and which by God’s Help, and the strength He has given Me, I now come to do.

I command ye, therefore, upon the Peril of your Lives, to depart immediately out of this Place.

Other than that, I think he liked them. (Was Cromwell the “Trump” of his time? Check out the hairdo.) 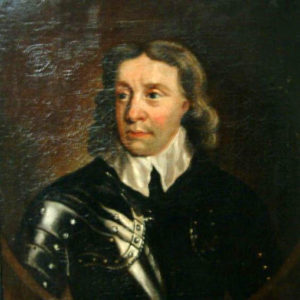 My mother-in-law used to hurl imprecations and warnings about one-world government, the anti-Christ and the Mark of the Beast3. She said the UN was a sign of the end-times, and thought FDR was one of the Beast’s advance-prophets. She was old, and I was a young bucko who thought he knew better. I laughed at her warnings. Now mom is gone, and I’m the one wearing the shawl and shouting into the wind. (I’m particularly worried because I’m beginning to think she might have been right.)

The UN has run its course.  It’s time for these freeloaders to find real work. Begone! (And your little dog, too!)

[1] See the UN Charter at http://www.un.org/aboutun/charter/

[3] The Beast of the Apocalypse: see Revelation, chapter 13.

UN Out of Control was last modified: February 4th, 2018 by Woody Zimmerman

The U.N. is to the world like a dingy street corner with a broken street light late at night is to thugs and street gangs – a place to congregate and plan how to rob and murder innocents. The land upon which the U.N. sits would be premo condo space once the building was demolished in one of those great controlled implosions.