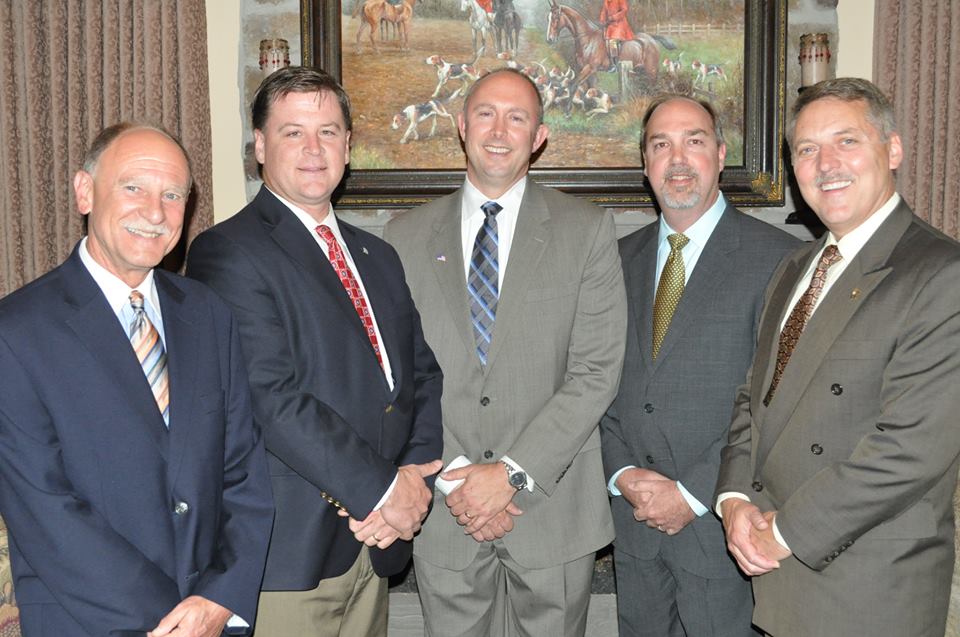 Unity; opportunistic, only when convenient and perhaps too little/too late

While the lack of Republican based unity is seen in nearly every election, in every district and in every state, it is quite ridiculous as applied by individual local campaigns who believe either their worth, alternatively, their future, somehow hinges on a decision whether to remain neutral or be loyal and principled.[read_more]

Political opportunism regarding unity is typically one of three ways.

First, a political style to increase a candidate’s political influence at nearly any price. The king of this was Ron Paul, a staunch libertarian who would infiltrate the Republican Party by going after the republican nomination, not to actually win it (his beliefs did not align in the least) but to position himself to access a larger platform. To a degree, abandoning or compromising his political principles in the process of increasing his influence.

Second, a political tendency to capitalize on any situation with the main goal to gain more support instead of truly winning people over to a common principled position or educating others for a common political understanding. Negative campaigns.

Third, taking the safe “neutral” stance to see what comes out in the wash; primaries, in-fighting, media exposure, and rumored controversies—a form of reverse opportunism which the candidate does not see as harmful but in reality, the harm is far reaching and long lasting. The harm is in not standing beside the person you support or supported previously and in doing so, effecting that race and ultimately your own. This is SOP in our local elections.

Most candidates and politicians are opportunists to some extent but the controversy of a non-unity or neutral-until-convenient practice pits seizure of a political opportunity against political principles being espoused or questioned.

Milton Friedman remarked that “One man’s opportunism is another man’s statesmanship”.  A politician might for instance argue that, although his action seems unprincipled at first sight, when placed in a broader perspective it conforms exactly to what his constituency believes in.

However, when applied as we see in our local and state campaigns, the broader perspective is that a lack of unity can be just as much a negative factor. Constituents do see (and react to) the lack of unity. And, candidates who need, want or request unity, feel pushed away, unsupported and often, later, find reason to “get back” at another candidate’s lack of support.

I had one campaign for a state level incumbent recently say, while they would not openly support a candidate in a primary, not to worry, they would not support anyone in any primary. However, fact is, they will be a delegate at the local convention, apparently just keeping their support for a local primary candidate a secret. Childish games. They demand respect and beg for support when convenient for their office but the first sign of controversy without an immediate upside for them and “I am remaining neutral” is the go-to position of choice to hide behind.

In another instance, while writing an article here in TBE last month simply laying out who endorsed which candidate, for sourcing purposes, I went to each known public endorser to simply get an affirmative response. One state delegate, (who happened to have signed a no-tax pledge and later broke it in Richmond–so I had a heads up of what I was dealing with) refused, absolutely refused to confirm support for a particular candidate because they became challenged. Phone calls, text—excuse after excuse, even laying out a scenario where the candidate may have thought they had support but did not. The candidate, however, couldn’t believe it and eventually became the source for that endorsement in my article. Childish Games.

I say, grow a set and support who you believe should be in office—don’t be a passive neutral sissy when a little controversy comes your way then beat the drum of strength and unity when later convenient to your own little if-I-was-hit-by-a-bus-tomorrow-life-wouldn’t-miss-a-beat campaign.

UPDATE:  I needed to add the word hypocrisy.  Dealing with incumbents, here is the typical scenario which rises, IMHO, to a level of hypocrisy.  Two candidates go through primaries and/or generals together in an immediate past election cycle.  They unite, endorse each other, stand together, sing each others praises and defend the other if called for.  The goal is to show unity, support and share each others supporters which hopefully will turn into collective votes.  Enter the next election cycle.  Instead of continuing to stand together, one or both have a challenger–typically someone who “thinks” they can do a better job, usually only knowing part of the stories leading to their challenge.  At this point, the two original candidates no longer support each other–they go to a neutral place and wait to see who gets the crap beat out of them and comes out a winner.  That game, to me, falls under hypocrisy.

A little over a year ago, in Loudoun County, the five distinguished Constitutional Officers actually demonstrated how unity is done. With powerful introductory speeches by EW Jackson and Kate Obenshain, the Constitutional Officers, Sheriff Mike Chapman, Commonwealth’s Attorney Jim Plowman, Clerk Gary Clemens, Commissioner Bob Wertz and Treasurer Roger Zurn had an awesome, high turnout, event. They didn’t need to have the event mid-term, it was simply their collective effort to start early and demonstrate what unity meant.  Hat’s off gentlemen!

With the potential surge in Democratic candidates seeing opportunities to unseat many Republicans in areas where there are multiple seats on the ballet, it could easily be a party line sweep for those local areas. This in mind, those in the safe “neutral” position now, choosing not to support those they previously stood (and won) with, are actually losing the opportunity to gain momentum by not aligning and positioning themselves for the party’s best chance in the general.  They will be playing catch up, running after those who win their primaries and will then ask, “Hey, sorry I didn’t support you earlier, do you you mind if we team up now?”  Either that or they will have others ask for them.

The Republican Party, locally or otherwise, will need every vote, every opportunity, and every person with name recognition to pull voters off the couch. For those with a neutral stance, rolling the dice, that when convenient, unity will come—one of these times, perhaps this time, individual candidates taking these neutral stances are going to be left standing with a taste of their own medicine or simply told to pound sand.  For some, that could mean loss of a title, ability to be involved and part-time income. For others, it could be a forced career change and loss of one hell of a paycheck.

Ironically, there is an article that just came out titled, “Gowdy Gives Huge Lesson on Principles Over Politics When He Backs Out of Event After Learning Theme.”  It deals with Trey Gowdy pulling out of an RPV event based on its theme.  The RPV, whomever made the decision for its direction, was thinking of the hear and now, what they thought was best, opposed to what was best for the party, the goal and not thinking of the potential impact of their action.  Same with those who take these passive neutral stances–they play political games over principles and eventually the dice will not roll in their favor.