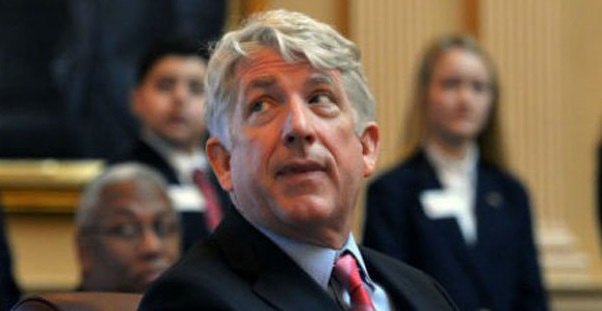 Episode One: How this Happened

On December 22, 2015, mere days before Christmas, while the public at large focused on family and frivolity, Virginia’s Attorney General issued a press release and held a sparsely attended press conference (from what I can tell this was by design) to announce that the Superintendent of the Virginia State Police had decided to no longer honor out of state Concealed Carry Weapon permits from 25 out of 30 states starting February 1, 2016.

Despite the public’s Christmas slumber, the outcry was deafening.  Calls for recall or impeachment abounded.  But I wondered why we focused on just Herring as Colonel W. Steven Flaherty was the one who actually made this decision.  As it was apparent to me that Herring, in his attempt at personal aggrandizement, engaged in a blanket waiver of attorney-client privilege, I faxed a FOIA request to the Virginia State Police on December 23, 2015.   Their fax machine was broken…

Joyfully, on the twelfth day of Christmas I was blessed with documents.  Complete or not, I can now explain how Herring’s gift came about.

The early days of the Herring administration

Herring took office in January 2014 and promptly abdicated his responsibility to defend the Constitution of Virginia, and in fact advocated against his client.  Democrats had not held the Virginia AG’s office since January 1994 and this was an opportunity to advance the liberal social agenda through the AG’s office for the first time in two decades.

In early 2014, the Coalition to Stop Gun Violence, through their General Counsel, Kelly Ward, made contact with Herring’s office in an attempt to limit the scope of CCW reciprocity in the Commonwealth.  Ultimately she met at least twice with Lt. Col. Robert G. Kemmler of the Virginia State Police for this purpose and on July 24, 2014 she sent a 27 page comparison chart of the CCW requirements for the 30 states where Virginia currently grants reciprocity.

This chart, already in the possession of Herring’s office also sat with the Virginia State Police.  On October 10, 2014, a full year before the December 22 pronouncement, the list was sent from the VSP to Herring’s office with a request for advice as seen below.

In context of surrounding emails it is apparent the person tasked with requesting the advice did so at the behest of a superior.  Although that superior is likely Lt. Col. Kemmler, it could have been a couple of other people at the VSP.

It is apparent there are regular meetings between representatives of the VSP and Herring’s office regarding a variety of issues.  We do not know what was discussed and when at these meetings.

For the first half of 2015, Herring’s office did little to nothing on this issue with the VSP.  The VSP appeared unconcerned after making the October 2014 request about the timing of any decision.  During this time frame, Lori Hanky Haas, Virginia State Director for the Coalition to Stop Gun Violence, began communicating with the VSP about this issue.

More about this time frame as well as the reason for delay in Episode Two.

Herring’s office gets to work

There are two points to be made here

1.  This entire act was prompted by a liberal special interest group, and

2.  As will be seen in our forthcoming Episode Two, this was almost stopped. The Coalition to Stop Gun Violence found an unlikely accomplice to help Herring achieve his goals.

[…] to these groups by denying concealed weapons permit reciprocity with 31 other states (See part 1 and part 2 of Paul Prados’ exclusive investigative reporting for The Bull Elephant, which […]

VSP Colonel W. Steven Flaherty and Lt. Col. Kemmler need to be fired, and Herring needs to be recalled ASAP.

I live out of state , what can we all do to help? VA has been great in the past for US CCW holders, what a shame. Thank god their will be a change coming next year. Hopefully…

Interesting and well researched article! Of note, Bob Cheek, an attorney with his own practice, serves as the Chair for the Coalition to Stop Gun Violence’s sister organization (Educational Fund to Stop Gun Violence). Mr. Cheek formerly served on the Boards of NARAL Pro Choice America, as well as Planned Parenthood of Metropolitan Washington. How ironic that he wants to “ensure our children are free and safe from gun violence” yet has dedicated time and energy to organizations that murder unborn children.

Reply
The Unwanted Christmas Present: Clearing the Obstacles - The Bull Elephant January 12, 2016 at 11:59 am

[…] Earlier, in Episode One of a two-part series, I explained how the liberal special interest group Coa… […]

The Richmond Times Dispatch is a shill for the progressive movement. This paper lost it’s conservative positions when the new owners took over. Cantors wife is a board member. Need anything more be said? This paper is more of the same indoctrination we see on all the major publications and the national net works. Drop the paper.

[…] Unwrapping the Unwanted Christmas Present – The Bull Elephant Folks want to know why VA pulled the rug out from under their CCW reciprocity, look no further than the anti gunners. […]

Thanks for providing additional details – looking forward to the next story. I don’t remember seeing any of this in the RTD. LOL! I would very much like to see the crime data that supports the AG’s actions.

The next question is to find the money part of this. Who gave what and when. Who is part of the anti-gun group that gave to the Virginia Dems and/or Herring.

Great job! That is Bloomberg’s group!

I’ve looked admittedly rather unsystematically and half heartily given time constraints for some thing as simple as what exactly existed in each of the out-of-state permit laws that led to the judgement that reciprocity would be canceled. Simply, if they are unsatisfactory, WHY? Haven’t found a thing providing any detail on the justification of the legal argument to cancel. Interesting approach for a state’s chief legal officer to operate under.

In a deviation from standard protocol, Herring obtained a formal waiver of attorney client privileged and published his rationale for recommendations to the VSP here:
http://www.oag.state.va.us/index.php/citizen-resources/concealed-weapon-license-information

You can read both legal memoranda from OAG to VSP.
This of course is based on the work by Coalition to Stop Gun Violence. I have copies of their working papers sent to the VSP such as the 27 page chart. I may just publish those and give a link at some point after I complete the second article.

I’ve posted the research from CSGV on the second article. The VSP relied on the ultimate advice from OAG which is available at the links above. The OAG did some diligence in redoing the research even if the conclusions of that research were preordained.

This past weekend, I worked the Norfolk Gun Show. I have worked several gun shows in Norfolk, but I have NEVER seen so many people. I understand that it was a very profitable weekend for gun show venders. I guess these venders should thank Herring and Obama?

Ironic that Obama has done more to put guns in the hands of lawful gun owners than any president in history. Thanks, Mr. president!

I was at the show as well. It was very gratifying to see all the empty spaces on tables. When Virginia’s best gun salesmen speak, sales peak!

It was a very good weekend. One of the best encounters I had was with a woman of color who had just bought a pistol. We got to talking about CHP’s and such. She said that she was just going to go ahead and open carry.

I assume that the VSP and the AG’s office will soon produce evidence to support their concern that out-of-state CC permit holders are endangering Virginians.

Yes…I’m sure they’re all over that. (In case it’s not clear, that’s sarcasm).