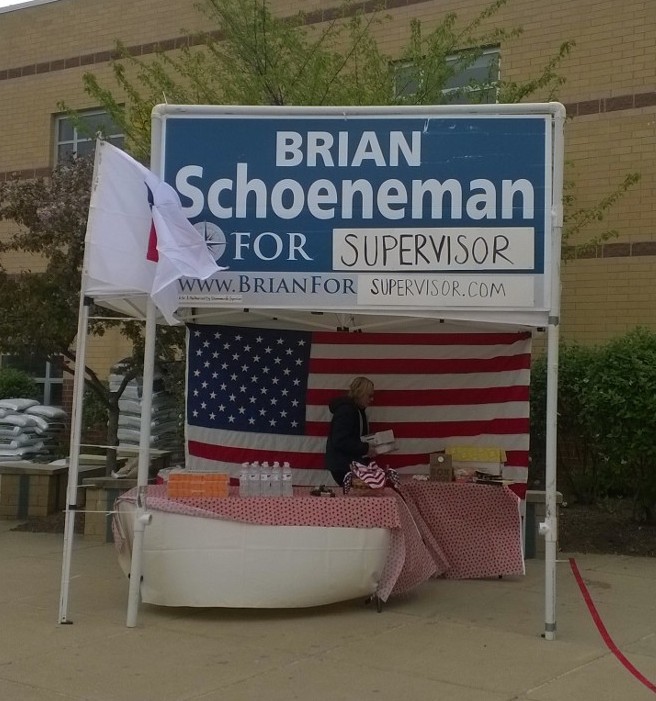 Stay tuned here for updates on the race in Sully. We will report turnout, mood, weather, fisticuffs, whatever happens.[read_more]

At 11:30 John Guevara has the most energy of the candidates and the most people stopping to talk with him. Pat Herrity arrived early to campaign for Brian Schoeneman who arrived 40 minutes late.  At 11:45 Litzenberger had yet to make an appearance.

If the voting continues at this pace we can expect a total of about 1,700 votes, nowhere close to the 3,000 some campaigns were predicting.

UPDATE: John Litzenberger showed up at 1:20 for about 20 minutes before he left.  He was also at the polls for a few minutes prior to the opening. No one seems to know what he’s doing.  Brian is talking to voters, spending 5 minutes or more talking with one person. Not good strategy. Herrity’s campaigning for Brian the right way.

Looks like the Schoeneman campaign had to recycle some signs: