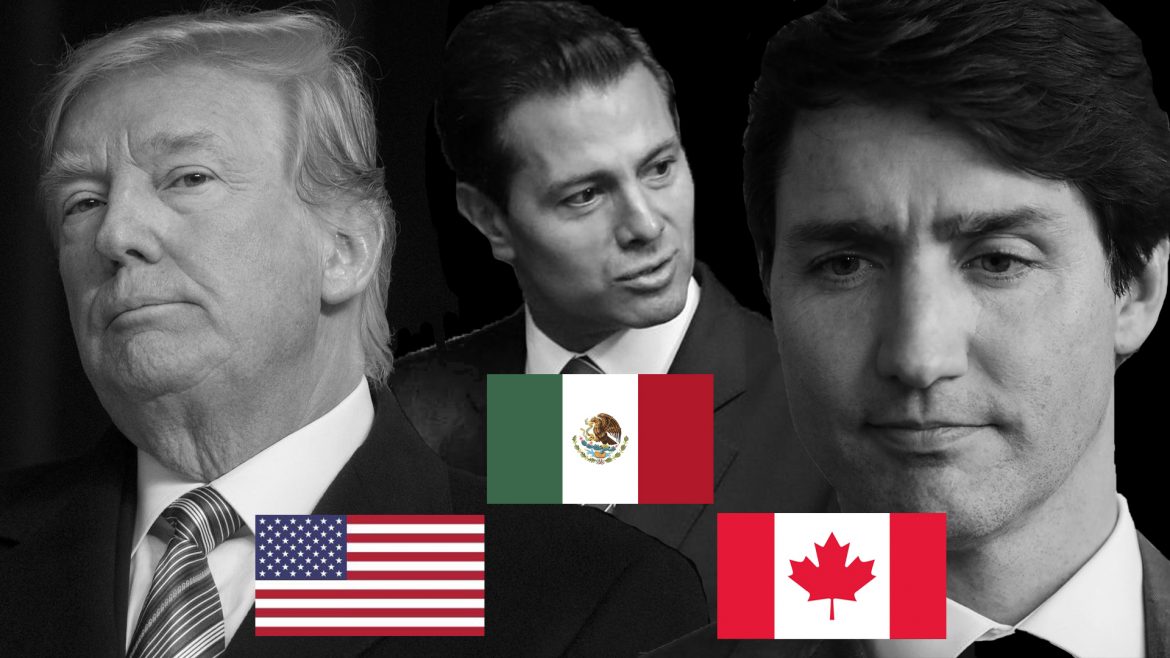 The legal dictionary defines sovereignty as “the power of a state to do everything necessary to govern itself, such as making, executing, and applying laws; imposing and collecting taxes; making war and peace; and forming treaties or engaging in commerce with foreign nations.”

It is thus quite surprising that the new USMCA (United States-Mexico-Canada) trade agreement which is to replace NAFTA contains a new chapter (24) on Environment which was not in the NAFTA agreement. The three Parties recognize Sustainable Development (SD), the lynchpin of Agenda 21 now morphed into Agenda 2030, as an essential ingredient without which trade cannot exist. https://ustr.gov/sites/default/files/files/agreements/FTA/USMCA/24%20Environment.pdf

Since USMCA dictates that trade cannot exist without sustainable development and a healthy environment with strict guidelines, USMCA then must logically follow the 17 U.N. Sustainable Development Goals (SDGs) which are promoted by U.N. and all its affiliated agencies as follows:

Sustainable Development and biodiversity are found in the Trans Pacific Partnership (TPP), an agreement which President Trump has denounced. Article 24.15 of USMCA clearly states that “The Parties recognize the importance of conservation and sustainable use of biological diversity, as well as the ecosystem services it provides, and their key role in achieving sustainable development.”

A.J. Cameron stated that the “same people in the Obama Administration who crafted the TPP also crafted USMCA. USMCA back-doors many of the tenets of the reprehensible trade agreements to which we were told by politicians that we would not become a member.”

The European Union and 162 countries have joined the Third United Nations Convention on the Law of the Sea (UNCLOS III) which was adopted in 1982 and now called simply The Law of the Sea Treaty (LOST). There were two earlier versions of U.N. treaties with rules that seek to control the oceans: UNCLOS I in 1958 and UNCLOS II in 1960.

President Reagan rejected the treaty in 1982 because it demanded technology and wealth transfer from developed countries to developing nations as well as adopting regulations and laws to control oceanic pollution. Jurisdictional limits on oceans included a 12-mile territorial sea limit and a 200-mile exclusive economic zone limit. The treaty aimed to “regulate economic activity on, over, and beneath the ocean’s surface.”

“Negotiated in the 1970s, the Law of the Sea Treaty was heavily influenced by the New International Economic Order, a set of economic principles first formally advanced by the United Nations Conference on Trade and Development (UNCTAD) in the 1970s and 1980s,” calling for redistribution of wealth to the benefit of third world countries.

Treaties must represent U.S. economic and security interests. According to Sen. Mike Lee (R-Utah), our economic and navigation rights are not going to be affected by the fact that the U.S. Senate has not ratified LOST. He found the loss of national sovereignty and mandatory dispute resolution included in the treaty quite troubling.

The International Seabed Authority (“the Authority”) has the power to distribute “international royalties” to developing and landlocked nations. “So hypothetically, a U.S. company that has invested hundreds of millions of dollars in developing clean and safe deep-sea mining machinery would be forced to give a portion of its profits to countries such as Somalia, Sudan, and Cuba – all considered to be developing nations by ‘the Authority.’”(Sen. Mike Lee in the American Legion Magazine)

The former Democrat Senator and Chairman of the Subcommittee on Oceans, Atmosphere, Fisheries, and Coast Guard, Mark Begich, supported the ratification of the Law of the Sea Treaty (LOST). He believed that it provided rules to handle future underwater minerals, gas, and oil exploration and shipping on new water routes opened by receding Arctic icepack, all under the United Nations aegis. The global warming theorists believed that the icepack melt would be a constant in the future.

According to the Heritage Foundation, innocent passage through an area is already protected under “multiple independent treaties, as well as traditional international maritime law.” Few countries deny passage to the U.S., given its naval superiority.

Under LOST, “intelligence and submarine maneuvers in territorial waters would be restricted and regulated.” It is thus not in the national security interest of the United States to ever ratify this treaty.

LOST requires policies that regulate deep-sea mining, rules and regulations to control and prevent marine pollution, and control of corporations who cannot bring lawsuits independently. They must depend on the country of origin to plead their case in front of the United Nations agency.

President Reagan objected to the Principle of the “Common Heritage of Mankind,” which instructed that marine resources belong to all mankind and cannot be exploited by one nation. https://www.heritage.org/commentary/the-law-the-sea

According to Heritage Foundation, the UN “Authority” must regulate mineral resources by asking companies to pay an application fee and to reserve an extra site for the “Authority” to “utilize its own mining efforts.” https://www.heritage.org/defense/commentary/un-sea-treaty-still-bad-deal-us

A corporation must also pay an annual fee, up to 7 percent of its annual profits, and share its mining and navigational technology. Mining permits are granted or withheld by the “Authority” which is composed of mostly developing countries.

Under LOST, any kind of maritime dispute, fisheries, environmental protection, navigation, and research must be resolved under this treaty through mandatory dispute resolution by the U.N. court or tribunal which limits autonomy. But disputes should be resolved by U.S. courts.

When Congress approves the USMCA agreement, the Law of the Sea Treaty (LOST) will also be ratified through the back-door, by including it in the USMCA.  Which senator is going the read this massive bill?

“After less than two years of negotiations, the USMCA was released early on October 1, 2018 on the USTR website for the public to read. It runs for 1,809 pages — 1,572 pages for the treaty chapters, 214 pages for additional annexes, and 23 pages of side letters.” https://www.thenewamerican.com/print-magazine/item/30541-what-s-wrong-with-the-usmca?vsmaid=1929&vcid=11070

Senators like Orrin Hatch (R-UT) are eager to pass USMCA trade agreement. But we must inform our senators that any future “free trade” agreements must be discussed transparently. Those running for office should be forced to go on record whether they will support USMCA or oppose it. We must not pass this massive USMCA trade agreement in order to find out what’s in it as Nancy Pelosi famously said about the not so Affordable Care Act. There is more than just “free trade” in this huge USMCA (United States-Mexico-Canada) document.