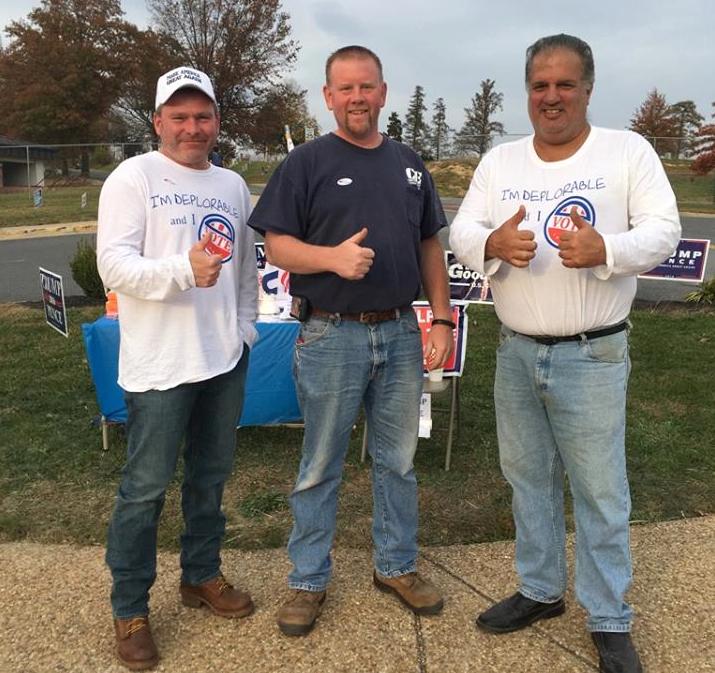 In a bizarre rant earlier this week, GOP 6th District Chair Jennifer Brown stated that members of the conservative ticket neither knocked on doors or made phone calls for Trump in 2016 and accused conservative activists of being more interested in having inter-party fights than helping our candidates.

For the record, the system used by the 6th Congressional District shows that I, John Massoud, knocked on over 900 doors in Strasburg and headed a team of volunteers who made over 500 phone calls and knocked on approximately 1,400 doors.  Members of this team included Strasburg Precinct Chair John Bost, and Strasburg Precinct Member Dan Martin, among others.

As a part of that effort, I worked with Suzanne Obenshain to personally purchase T-shirts to be used as incentives for volunteers who knocked on 50 doors or made 50 phone calls.  The shirts said I’m Deplorable and I VOTE!”

Not only is this is evidence of my ability to put together a team that works together to get Republicans elected, but also evidence of positive election results. The Strasburg precinct had an 8% percentage point higher turnout for Trump than either of the last 2 presidential candidates and Bob Goodlatte received a large boost as well.

The included photo was taken on Election Day 2016 at the Strasburg High School of Dan Martin, John Massoud a Strasburg resident, and Trump supporter Mike Rickard.   We are wearing the above mentioned shirts.

This, Jennifer Brown’s most recent false accusation against me, the other members of the Conservative ticket, and many hard working Trump volunteers should provide clear evidence that my opponent, Jennifer Brown, is using slander against myself and the other members of the conservative ticket to campaign for votes from unsuspecting delegates who may not know about the hard work we put into winning the 2016 election for Republicans.

If elected Chairman, I will put the goals and needs of the party first, work to unify the 6th District, and not use the court system to punish party members who I may disagree with as our current Chair, Jennifer Brown, has done.