The VA Can't Be Fixed

â€œTop down, one size fits all medicine centralizes the power of bureaucrats and politicians to drive health decisions while having no personal accountability in the outcome.â€ 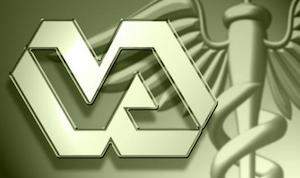 Almost thirty years ago I visited four separate VA hospitals as part of a small management team that was reviewing the operation, service delivery to veterans, and personnel issues at the facilities. These were not in-depth, sophisticated long term studies, rather they were meant to be management snapshots.

A pattern became obvious after these brief reviews, at least at these specific VA medical centers: They all had large administrative staffs that frustrated both doctors and other medical personnel; service delivery was mediocre as judged by both medical professionals and many veterans and their families; and the personnel at these hospitals were often discouraged. The system and its culture clearly had, at least from these limited reviews, serious issues in the delivery of care that appeared to be systemic.

Needless to say, we were not the first to discover the VA hospitalâ€™s shortcomings, and the current VA scandal certainly should not surprise anyone in Congress, the Administration, or the military community, whatever they may say in front of a television camera. The VA has itself been a very sick patient for many decades. Its medical delivery system has been a text book example of everything that is wrong with a top down, bureaucratic service delivery model – and more to the point, what the radical leftist dream of a national single payer system will work like if it ever comes to reality.

This is not to say that there isnâ€™t adequate, sometimes even excellent, medical attention provided in the VA hospitals. There is. And VA medical centers even have some fans among its users.

But itâ€™s still a top down monster that takes enormous resources to operate, and by and large is out-performed in the private health care system. I came back from my visits 30 years ago wondering why in the world the government would build and maintain a merely â€œadequate,â€ at best, parallel medical establishment next to the existing private model, clearly the best in the world, and I still wonder why.

Talk to many VA doctors today and youâ€™ll hear the exact same complaints that I reported on years ago; the bureaucratic supervision of service delivery interposes many needless steps of decision making before a doctor can do his or her work. In private medical care, there are typically one or two steps between diagnosis and care; in the VA system the process goes through serial choke points of bureaucrats each with their own interests to protect. The administrative staff in the VA system is so bloated that they become their own centers of interest, instead of the patientâ€™s care. Bureaucrats become the guardians of the system where process is more important than the product. This is, of course, how you get timeframes of three, four, six months or even longer for routine medical appointments or procedures.

In addition, decades ago a major complaint was that equipment was often out-of-date, and that getting existing equipment repaired was an excruciating process. Today, nothing evidently has changed. One VA surgeon I spoke to last week told me that broken or malfunctioning equipment often takes weeks or months to repair â€“ and that often the doctors have to threaten to withhold scheduled procedures to get the bureaucracy to act.

Another VA doctor agreed that it was not uncommon for equipment to sit weeks or months before it is fixed, and replacement equipment can take months or even years to acquire.

One longtime VA doctor, who described himself as â€œpast disgustedâ€ over the current scandal, told me flatly, â€œThere will never be any change at the VA until there is a culture change â€“ and that isnâ€™t ever going to happen.â€

Certainly it isnâ€™t that there aren’t some fine doctors and other medical professionals at the VA; the problem is that the system devours individual responsibility, rewards bad behavior, disregards patients to protect the system, and breeds cynicism and fiefdom building.

All of this is a flashing yellow light at the exit ramp to national single payer health care; the VA hospital system cannot be made to work well nor can it be reformed or saved. Socialism doesnâ€™t work. Bad systems donâ€™t become good ones. Top down, one size fits all medicine centralizes the power of bureaucrats and politicians to drive health decisions while having no personal accountability in the outcome.

This point is brought home in the recent disclosure that the Edward Hines, Jr. VA Hospital in suburban Chicago handed out over $16 million in bonuses since 2011, using manipulated data for performance ratings – while the medical staff consistently complained about understaffing and lack of equipment due to budget constraints. Hines was only one of many VA facilities where this was true.

Interestingly, when you read about, or experience firsthand, single payer national health care in other countries, every problem that has been uncovered in the current VA scandal has long been a scandal or the subject of front page exposes in those countries, going back for decades. Yet, as with the VA, very little changes because nothing can change in a fundamentally flawed design.

It seemed to me thirty years ago, as it does now, that those retiring veterans who leave the military without any type of service related injury (which is the vast majority) should simply be given a yearly medical payment that can be used to purchase a private health care plan just like Federal employees, or that can be used for medical Health Savings Accounts. This would honor the national commitment to veterans in a rational, market driven approach; and it would leave the VA medical system free to provide intensive, focused service and attention to a much smaller universe of veterans with service related medical issues, utilizing the existing regional medical centers.

Surely the Republican controlled House can make the case for doing the right things for those men and women who have earned the care that was promised them when they enlisted. But one thing the incoming Congress in January should not do is to try to save a system that has already proven that it canâ€™t be reformed.

[…] It doesnâ€™t work in the Veteranâ€™s Administration, where the socialized model is a failure in both cost and delivery of services. Just ask our returning veterans. From broken systems to indifferent bureaucrats, the VA system creaks and groans, and always has. (The VA Canâ€™t be Fixed) […]

Why isn’t anyone bringing up the issue that this is a RED flag as to how the “Affordable Health Care” system will end up?

I think this has been pointed out many times. It doesn’t take a rocket scientist to figure it out either. Anyone who pays attention or knows of people that use the VA understands the problem. This entire system is a cluster-fark of enormous proportions. How could it not translate to Obamacare? That’s already a mess, too. It most probably doesn’t matter who we elect, none of them have the courage or knowledge to make it any better. This mess needs to be sorted out and no one is willing to do it.

The VA already has a smaller universe of veterans. Most of those without service connected illnesses don’t get squat from the VA because they make too much money with their employment. Those military who retired tend to stay on Tricare rather than mess with the VA. Which is one of the reasons DoD wants to force retirees off their health care system.

The name of the game now is to flood the disability benefits side of VA hoping something will get the veteran over the magical 50% disability rating so they can get automatic VA health care. This results in almost automatic initial claim disapproval at the regional level, shifting more cases to final decision making at the appeals and court level.