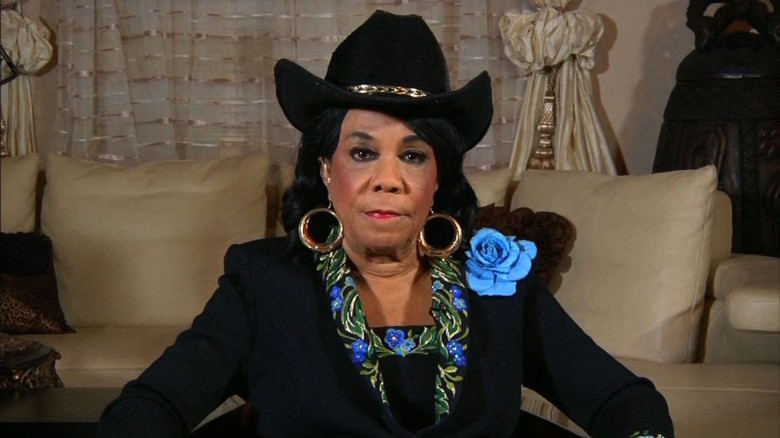 The ‘Legend of the Vampire” is that they once walked the earth as humans, but then traded their souls for a form of immortality.  The lust for human blood or life essence, however, was insatiable because it represented their prior life as humans and their sustenance for the future.

Vampires have existed in virtually every culture but have their most modern representation in Eastern Europe where the history of Vlad Tepes, who became the ruler of Wallachia, was the model for the horror novel, Dracula.  Unfortunately, the inhumanity and soullessness of vampirism is found far too often in the beings of the left.

The most recent example is Frederica Wilson, Congresswoman from the Miami, Florida area.  Her inhumanity involved a grieving widow, the President of the United States, and the President’s Chief of Staff.

As the story goes, President Trump made a telephone call to the widow of a soldier killed in a covert operation in Niger.  His purpose was to offer condolences and support, – and prior to doing so he asked his Chief of Staff, former Marine General Kelly, for advice on what to say.

Apparently, Congresswoman Wilson listened in on the conversation and decided to politicize what should of have been a very private and personal moment between the President and the widow.  Instead of a kind act of presidential thanks, Congresswoman Wilson turned it into a political circus.  In doing so, she lost not only her humanity but her soul.

The Congresswoman’s behavior so repulsed Kelly, a gold star father who had lost his son in battle but a few years earlier. He responded to her behavior with an eloquent and poignant statement that condemned in no uncertain terms the political inhumanity of the Congresswoman.  I commend anyone to read what he said and to put himself or herself in the position of Kelly as a grieving father.

How did the Congresswoman react to Kelly?  She called him a liar, a racist and congratulated herself on now being a “rock star”.  She did not for one minute consider the pain she had inflicted.  Frankly, she rejoiced in it.  This is the lust of a vampire, sucking the very life essence out of all involved, to advance in this case a political position fueled by personal animosity.

To me, these actions by this Congresswoman reflect the great problem with socialism.  The State is more important than the individual, and the ends of the State justify any means no matter how repugnant.  Congresswoman Wilson has sold her soul but still walks the earth.   Maybe someday she will return to the light and repent of her ways, but if the vampire legends are correct, she will self-destruct before that can happen.

In all fairness I picked on Congressman Garrett when he had let his appearance make himself look like mountain man fresh out of Appalachia.

Well,
this Congresswoman pictured above.
Haven’t we all purchased ride tickets from her at the local County Fair?
If this is the best Miami has to offer no need to see it at all. At least give us Crockett and Tubbs.

SHAME on the writer.

TRUMP, and his White House, were the hideous VAMPIRES in this current immorality.

=Trump and White House hid and are hiding the facts of the seats.
= Delayed telling the families, hiding facts from them.
Abuse the war dead, and their families, with insensitive, irrelevant comments, and then DAYS of insensitive , irrelevant, HURTFUL chatter.
=Even the honored general as mis-informed and spoke untruthfully

We are working class, rural Virginia families with much military service: WW1 in Europe, WW2 at D-Day, N African and Italian campaigns, military hospitals, military intelligence, Korea, Vietnam, etc). We do not EVER so abuse the war dead, their service, or the service of their families, as TRUMP and the WHITE HOUSE have done, are doing.

Furthermore, we have living veterans and living family members with many needs for access to affordable health care, for themselves, for their families, for long term care, etc. AND TRUMPCARE has not helped them at all! Obamacare helped some. It was/is flawed. BUT TRUMPCARE IS UTTERLY DEVASTATING. SHAMELESS Beast!

Our veterans and their families dutifully paid taxes – knowing that, while they didn’t LIKE it, they HAD to because taxes support our military – but TRUMP will not even release one year of his tax returns to show that he pays fairly! SHAMELESS Beast!

Yes, Trump is President. Good. BE A BETTER PRESIDENT! He has not tried at all. He continues on a SHAMELESS, SELFISH, INCOMPETENT path. SHAMELESS BEAST! We’ve raised pigs on the farm smarter that this BEAST. They learned how to get out of the pen, eat in the garden, and then somehow get back to the pen. We’ve had cows that learned how to open complex gates! TRUMP HAS LEARNED NOTHING! SHAMELESS SELFISH PIG that he proves himself to be week by week.

You just don’t get it because you don’t want to get it. No president has to make this call. Trump did it out of a sense of obligation and love of America. I can’t say the same for Obama, and neither could Trump.

THE DOCUMENTED EVIDENCE IS

Those are FACTS. Stop sucking the devils’s wang dang doodle of ‘fake news’ long enuf to tell the truth.

QUOTE
The Associated Press found relatives of two soldiers who died overseas during Trump’s presidency who said they never received a call or a letter from him, as well as relatives of a third who did not get a call. And proof is plentiful that Barack Obama and George W. Bush — saddled with far more combat casualties than the roughly two dozen so far under Trump, took painstaking steps to write, call or meet bereaved military families.
UNQUOTE

CITE your sources, if you can get off the devil’s ‘fake news’ wang dang doodle a minute.

So, using your numbers called or wrote to 21 out of 24 soldiers killed in action.

the issue is not the calls – the issue is Trump not being able to say the right things at the right time – this is not what the leader of the free world should be – we need a communicator, not a whiner

Not unexpected of you and other leftists. Symbolism over substance or more appropriately, emotions over facts. Obama was perfect for you – all hat and no cattle.

actually, saying things correctly is essential – communication is the only way to fix any problem – In Trump’s case, I am open to give him some leeway that he does not actually mean the stupid stuff he says. But why are you opposed to the idea that our leader be able to state what he actually thinks without disruptions caused by his bumbling?

I will now wash out my eyes – hoping that this can be erased in some way.

APPARENTLY, THAT is how Trump looks are your wife/daughters/cousins/mother/women and girls you care about … unless she is thin, beautiful, blonde and big TAA-TAAed … AKA ‘grabbable pussy’ (his words! HIS WORDS!). Remember he made a lurid remark about intercoursing with his daughter … so incest is DEFINITELY a possibility in his promiscuous moral universe. And those Koch Brothers Republicans get so much money from: early on the were promoting a hyper-libertarianism that allowed/encouraged all manner of promiscuous sex is the two wanted to do it; and hyper-libertarians do NOT exclude children if the child ‘wants it’. Grabbing, perversity and promiscuity, abusing the war dead, lying about the war dead and their families, etc … this is the moral university of the White House. The distract actually morally thoughtful Republicans by talking about ‘the innocent unborn babies’ but then, once the babies are actually born the ABANDON THEM TO HELLISH TRUMP CARE.

It’s all nothing but a political circus from stem to stern/top to bottom and no entity or politically engaged individual holds any moral high ground at this point.

Thus, there is nothing sacred as General Kelly said. Welcome to hell.

KELLY needs to FIRE the advisor who MIS-informed HIM! Kelly, sadly, spoke UN-TRUTH!

You appear to be one sucking the devil’s ‘fact news’ wang dang doodle, speaking of who is making the world a hell.