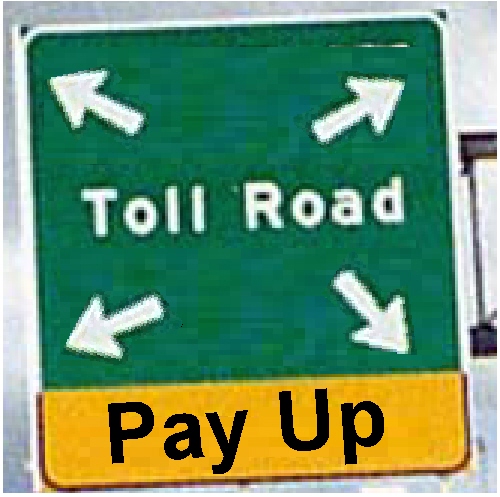 VDOT Meeting on Proposed Tolls on I-66

Virginiat Department of Transportation came to Ashburn last night to explain their new plan for tolls up to $17 a day for commuters using I-66 inside the beltway.

VDOT sent a small army of people to present their plan and take questions from elected officials, candidates for office, and local commuters. The plan allows single commuters to take I-66 (which they can’t do now) by paying a large toll. Â Currently carpools with two people can be on the highway. Â Under this new plan only carpools of 3 people or more could be on the road. Â There would be no allowances for high milage vehicles.

Representatives of VDOT tried hard to sell their plan with the argument that it would give commuters ‘more options’. Â Yes, those who are wealthy, and can afford an increase in tolls from $4,000 a year to twice that amount, will benefit from the plan. Â VDOT’s ‘more options’ argument was a familiar one. Â We heard the same thing when the General Assembly passed Governor McDonnell’s massive tax increase in 2013. Â  Has anyone seen those promised options? Â Is there less traffic? Â New roads? Â Shorter commuting times? Â More time with your family? All those things were promised in 2013 and again last night. The public didn’t believe VDOT and the politicians then and last night’s meeting was no different. When the room was polled, there was no one who thought the proposed plan was a good one. No one.

Many of our local politicians and candidates spoke against the plan, including Republican candidate for Chairman of the Board Charlie King, Senator Dick Black, Delegate Dave LaRock, Supervisors Tag Greason, Matt Letourneau, and Ken Reed. Â Many democrats also spoke against the plan, including Jennifer Wexton which was something of a surprise since she voted in support of the plan just a few weeks ago. Who knows how she will vote in the General Assembly?

Her opponent, Stephen Hollingshead, spoke against the plan pointing out how very unfair this plan would be to people who live in Fairfax, Prince William, and Loudoun who would be paying these exorbitant tolls to build more bike lanes for Arlington County. Â And it would enable Arlington to not have I-66 expanded in their county. How nice. The tolls are win-win for Arlington and lose-lose for everyone else. Â Hollingshead made it very clear that if he is elected to the House of Delegates he will do everything he can to fight this terrible toll plan.

Many people at the meeting felt our General Assembly could and would prevent this VDOT plan from being forced on Loudoun commuters. Â Just as the 2013 transportation tax increase was pushed by the Governor, the current plan is being pushed by Governor McAuliffe’s. It is hoped this time the General Assembly will not support the Governor’s plan, and will prevent this terrible plan from becoming a reality.

VDOT Meeting on Proposed Tolls on I-66 was last modified: October 16th, 2015 by Jeanine Martin

[…] I previously reported, Governor McAuliffe and the Democrats propose transforming one HOV-2 lane along I-66 into a $17 […]

I find it interesting that all the Democrat politicians are coming out against the toll plan pushed by their own Governor, Terry McCauliffe, just three weeks before election day. I wonder how many of them will be singing a different tune the day AFTER election day??