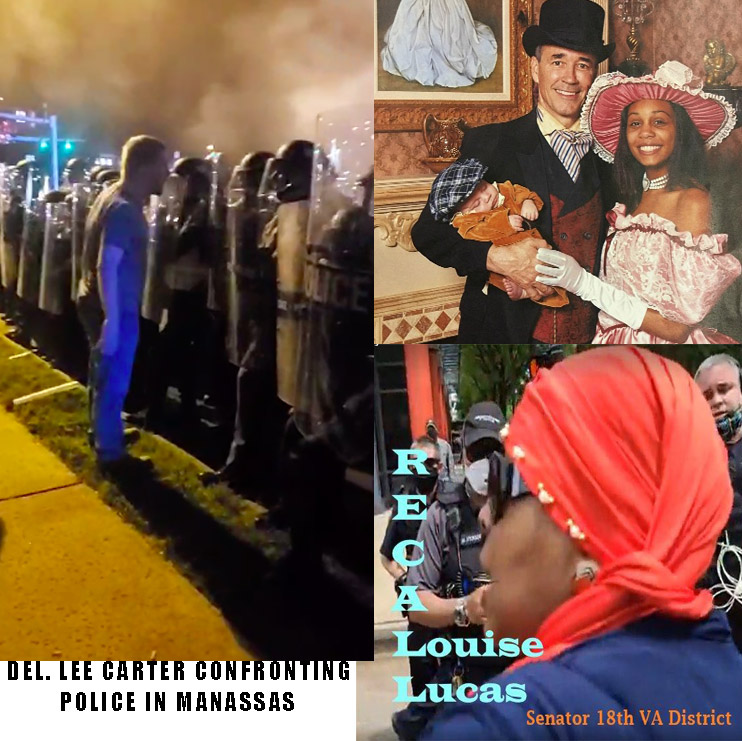 Democrats fail to police their own when they behave badly -- Del. Lee Carter and Sens. Joe Morrissey, with underage wife, and Louise Lucas

â€˜Vengeance,â€™ not unity or civility, rules the day

As Biden calls for â€˜unity,â€™Â  Democrats wage a war of political payback â€“ and Republicans are counteringÂ

Hashem told Moshe in Leviticus 19.18 â€œYou shall not take vengeance or bear a grudge against your countrymen. Love your fellow as yourself: I am the LORD.â€

I used that quote in my book about running for office (and serving) becauseÂ  â€œpolitical payback,â€ unfortunately, permeates our democracy.Â Â Â

Despite Joe Bidenâ€™s call forâ€unityâ€™ and â€œcivility,â€ Democrats are doing the opposite â€“ Democrats always stand on peace, love and unity, but then weaponize government to go after their enemies â€“ and Republicans often do this, too.

Political payback and the â€œpolitical muggingâ€ (I wrote about that extensively, too)   rules the day in Washington with House Democrats hell-bent on having an impeachment trial of Donald Trump (though he is not in office anymore), cracking down ONLY on right-wing extremist groups and ensuring they face and trying to expel Sens. Cruz, Hawley or others who }â€incited the riot.â€

We see it in Virginia, where the Democratic majority in the General Assembly and a few governing bodies in Loudoun County are meting out vengeance to delegates and senators who either participated in or â€œaided and abettedâ€ the June 6 Capitol Hill assault.

Both the Loudoun County Board of Supervisors and Leesburg Town Council, on which I served for a collective 10 years, passed resolutions calling forÂ  Del. David Larock to resign. Never in my 20 years in Loudoun politics did any governing body â€“ either controlled by Republicans or Democrats draft such a resolution, and I wrote the Board to protest before their partisan vote Jan. 20.Â

Larock, and fellow Republican delegates  Rockie Campbell and Mark Cole were removed from some (D) committees in the House by Speaker Eileen Filler Corn  because they supported the U.S. House overturning electoral votes for Joe Biden.

In the State Senate, Sen. Amanda Chase, actually an independent, but a GOP candidate for Governor, was removed from all committees on a 37-1 vote and censured in a party line vote for her Facebook and public antics supporting the riots and implying ANTIFA started them.Â

Now, Iâ€™m not going to defend Amanda Chase, who has been behaving like nutbag on the campaign trail since last year,Â and meted out vengeance, of her own, by supporting a Democrat bill to move all town and city non-partisan elections to the fall (despite bi partisan opposition from local officials). Â

However, Democrats in office have behaved much more badly than Larock or the others did â€“ in some cases, were charged criminally â€“ but never got slapped and are thriving in their political careers.

Letâ€™s contrast what Larock did â€“ he attended the Trump rally but did not cause violence â€“ with what Democrat Prince William Del. Lee Carter (an avowed socialist) did last June at a rally in Manassas: to protest the George Floyd killing by Minneapolis police.Â Â

The Republican Party of Virginia called on him to resign, but not one governing body in Prince William county (whose board is controlled by Democrats) nor his caucus in the House of Delegates issued any kind of reprimand, and now  the unhinged radical is running for Governor

Democrat Sens. Joe Morrissey and Louise Lucas have done violative stuff, too.  Morrisey faces charges for campaigning inside a voting precinct    Lucas was charged with interfering with police trying to quell a riot over a Confederate monument in Portsmouth.   No sanctions from the Senate Democrat caucus,

Republicans are playing the vengeance game, too.  Qanon devotee Rep. Marjorie Taylor Green (-R-GA) already introduced articles of impeachment against Biden.  Why? Well, because Democrats did that on Day One of Trumpâ€™s presidency, too, and wound up impeaching him twice out of revenge after gaining control of the US House in 2019.

All over social media pro Trump and conservative activists are not interested in unity, but Resistance 2.0.  â€œBiden is not my Presidentâ€ many shout, and so, what are would-be Republican office holders supposed to do?  Join hands with Democrats while they are behind the scenes trying to destroy Senators like Ted Cruz and Josh Hawley?  How am I supposed to react when a friend whom I served with, Dave Larock, is being held up by Democrats as a rotten egg just for exercising his First Amendment rights.  My guess is neither he, Campbell nor Cole will lose re-election.

The Virginia media is notorious for failing to ask these questions of Democrat politicians.  I have seen nobody ask Speaker Eileen Filler Corn why she took these members off committees without an investigation FIRST, and why was there no reprimand for Del. Carter, nor the anti-Semite socialist Del. Ibrahim Samirah for interrupting Trumpâ€™s speech in Jamestown in 2019.

In my view, the lawmakers in Congress who stoked the â€œStop the Stealâ€ narrative should be investigated.  We, Republicans, are very good at investigating our own, just look at former Rep. Steve King (Iowa) , who has now filed ethics charges against Minority Leader Kevin McCarthy  and former Senate Majority Leader Trent Lott.

But Democrats fail to police their own, especially if they are black, Latino or Muslim (as we saw last year when the Congress failed to rebuke  Rashida Tlaib and Ilhan Omar for anti-Semitic remarks).

As long as a few population groups can get away with saying or doing whatever they want, like Madonna saying she had fantasies of blowing up the Shite House under Trump, how can conservatives be expected to play unity?

Plus, our media â€“ which is the underlying cause of the division in the country â€“ profit from the division and polarization, putting the most extreme electeds on TV all the time.  Why should a lawmaker try to get things done in a bipartisan manner when they can get on TV like Rep. Matt Gaetz (R-FL) or AOC and garner more name recognition and campaign contributions?

I suppose Democrats will argue â€“ The capitol assault is the ULTIMATE.  It stands alone!  Anyone who supported it needs to be slapped!  Right wingers are a THREAT, but not Black Lives Matter and ANTIFA (some 19 dead and 14,000 arrested, $1-2 billion in damages from those riots).

Is it any wonder overzealous activists, pumped up by talk radio, nightly partisan TV and their respective echo chambers on social media, have lost faith in â€œThe System.â€

The System seems so incompetent, just look at the federal and state response to COVID, the handling of the bank and GM bailouts, foreclosures and loss of jobs to Mexico and China over the decades.

So, the disgruntled take things â€œinto their own hands.â€

Exacting vengeance, as the Democrats are doing, and Republicans countering, is like â€œdrinking poison and hoping the other guy will die,â€ as another rabbi said.

Perhaps Sleepy Joe, whom weâ€™re told is a devout Catholic, will re-read Leviticus or the â€œturn the other cheekâ€ part of the New Testament.  But so far, he has not, nor have our national leaders except when they are asked on TV.